Elle rose to the top becoming a favorite of the crowd and judges during the show's 70th anniversary. 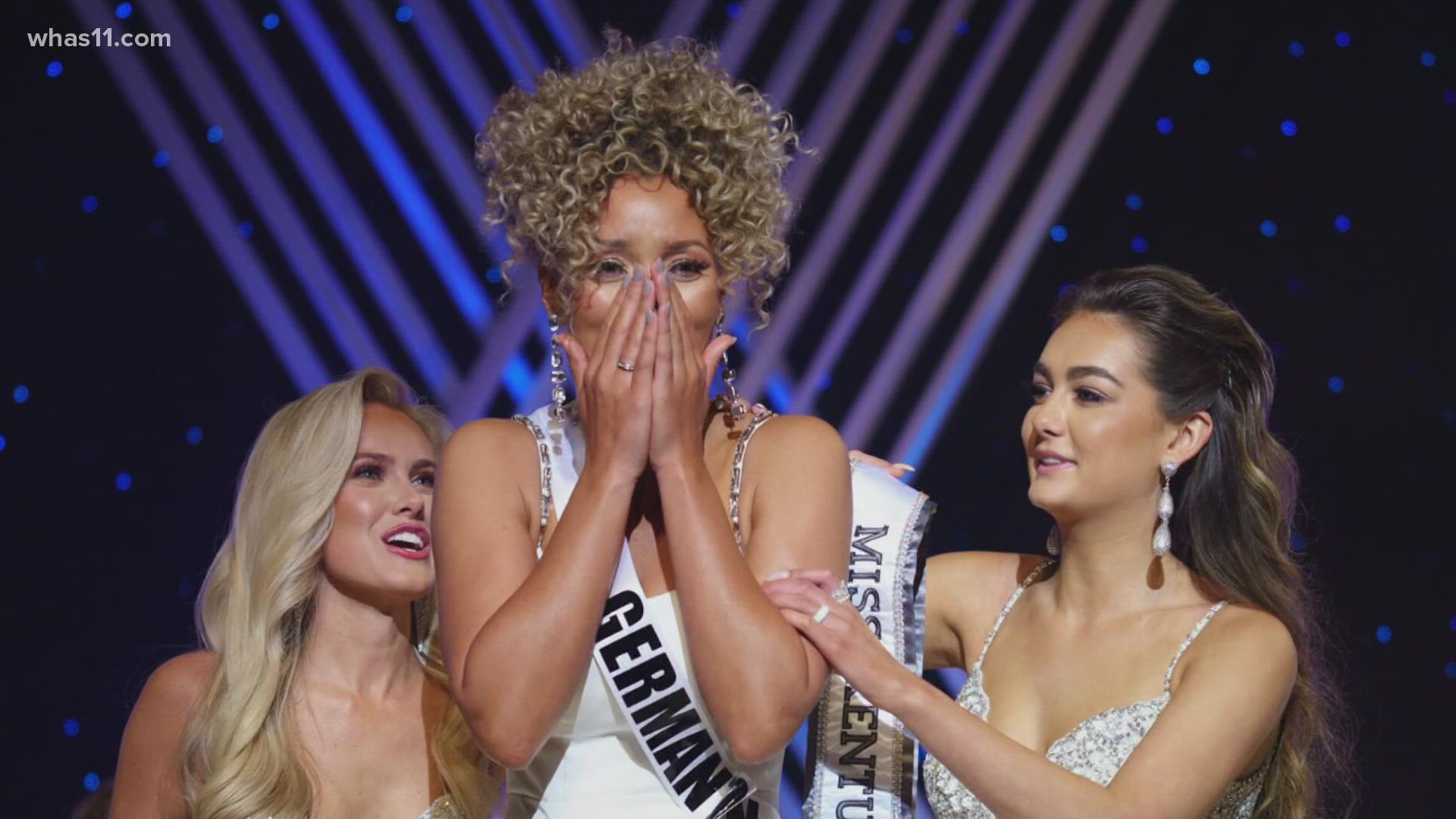 Elle, who competed with 50 women from across the nation won this year's crown as the pageant celebrated its 70th year.

Elle not only stood out during the swimsuit and evening gown competition, but it was her response to how businesses can be more environmentally conscious that got a roaring applause from the audience.

"I think we've got to look at it from a macro level and also a micro level. So at a macro level countries need to switch to green energy. I think that's something we can all agree on. But then at the micro-level, we all know how to reduce, reuse, recycle. Those are things we can implement in our daily lives," she said.

The pageant celebrates the unique beauty of women across cultures. The Miss USA Organization also helps young women to own their beauty while helping them activate their voice.

What does Elle’s win mean?

Well, Elle will go on to compete for the title of Miss Universe in Eilat, Israel. The pageant will take place on Dec.12.

Elle is the second Miss Kentucky USA to go on to win the Miss USA title.

If you had an international platform, what would you do to change the world?

One of WHAS11's own, Elle Smith, may have that chance. Elle is representing Kentucky in the Miss USA pageant on Nov. 29. If she wins there, she's then hoping to compete for the ultimate title of Miss Universe.

Elle graduated from the University of Kentucky in May 2020 with a B.A. in Broadcast Journalism and a minor in Political Science.

As a Wildcat, she was the vice president of UK’s National Association of Black Journalists chapter, a reporter for the UK Student News Network and a videographer for UK Athletics and SEC Network.

Her experiences at UK also carried her into the whirlwind world of pageantry. She competed in her first pageant in May 2021, representing Georgetown and taking home the title of Miss Kentucky USA.

Elle said her participation in pageants doesn't take away from her professionalism as a journalist, even though some may be quick to criticize.

"There's always going to be people who think pageants exploit people, that they only show brainless beauties," she said. She doesn't let that negativity bother her. Instead, she said she finds strength and confidence in what she does.

"When I'm walking in a swimsuit, I'm showing the hard work that I do every single day to have a healthy body and a healthy lifestyle," Elle said. "I would disagree with anyone who says you can't be professional and wear a swimsuit."

Despite her powerful persona - both on and off stage - Elle said she also struggles with insecurities. She said pageantry doesn't make you immune to self-doubt.

"Everyone has their insecurities," she said. "No matter if you're walking across stage - no one is 100% confident."

Elle said she takes her role very seriously, especially as a Black woman. She said one of her big inspirations in the pageant world is Cheslie Kryst, attorney and Miss USA 2019.

"Seeing someone confident in herself, confident in her abilities and just seeing a Black woman who knows her strengths and weaknesses...it's a powerful thing," she said.

Elle said representation is "everything" and while she acknowledged that Miss USA has grown in their inclusivity of races and ethnicities, she believes there's much more to be done.

"We are not inclusive to all body types," she said. "If you look at the MIss USA stage on November 29 we more or less look the same. We're all going to be tall, skinny girls."

Whether Elle takes home another crown or not at the end of this journey, she said she's proud of what she's done and it's something she will take with her for many years to come.

"Being Miss Kentucky has been the biggest honor of my life thus far," she said.

The Miss USA competition will wrap up Nov. 29. If Elle wins the title, she will immediately head to Israel to compete in the Miss Universe pageant in December.

To see the full interview with Elle Smith, click here.