City leaders gathered in Tom Wallace Park in Jefferson Memorial Forest on Monday to celebrate the activation of its newest station. 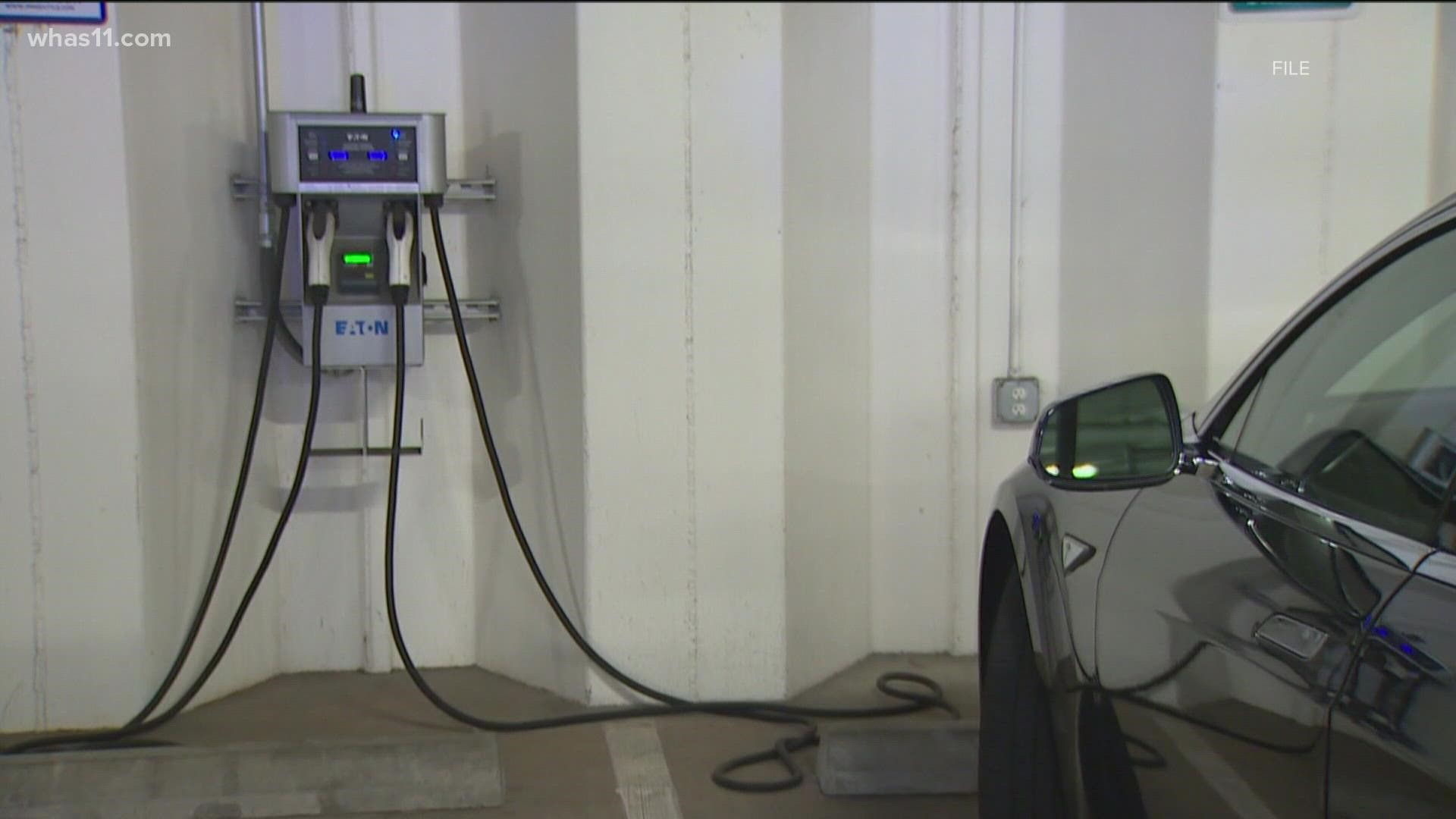 City leaders gathered in Tom Wallace Park in Jefferson Memorial Forest on Monday to celebrate the activation of its newest station.

“This EV charging station is a testament to our continued commitment to this important work,” Mayor Greg Fischer said. “This EV charger also contributes to President Biden’s Bipartisan Infrastructure Bill, that when passed, will work to make historic investments in a clean transportation infrastructure, as well as improvements to sustainable transportation options for millions of Americans.”

The charging station is the 36th site and 82nd charger installed in the area.

The installation is part of city initiative as Louisville joins other cities across the nation in making a commitment in investing in clean, renewable energy.

“It’s wonderful to have chargers in cities and towns so that folks can charge while they work, shop, and eat. But, in this fast-paced time, it’s something special to have chargers placed in natural areas,” Evolve KY Co-Founder Stuart Ungar