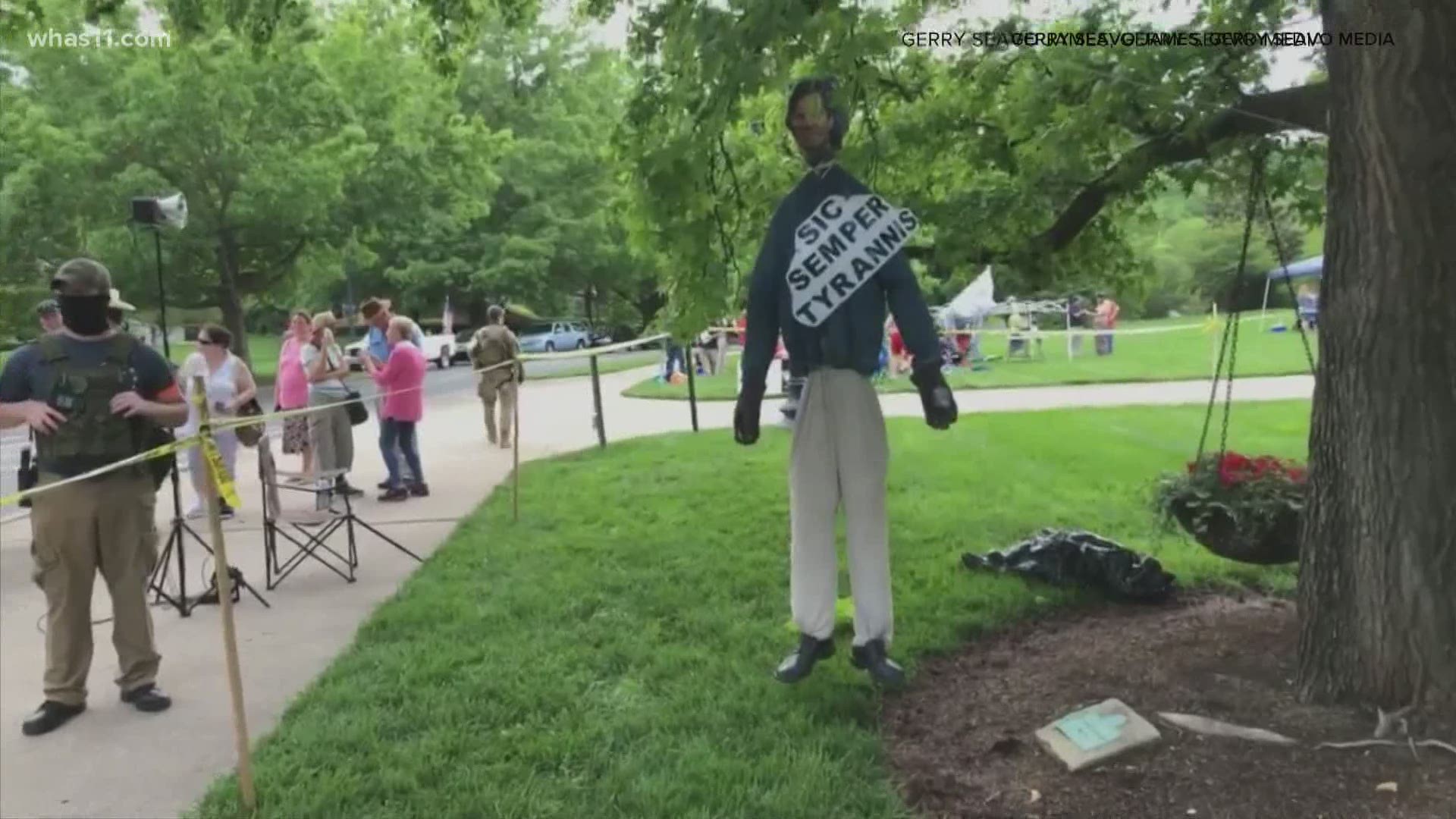 FRANKFORT, Ky. — During a Patriot Day and 2nd Amendment rally in Frankfort Sunday, Governor Andy Beshear was hanged in effigy from a tree on Capitol grounds.

A sign pinned to the effigy read "sic semper tyrannis," a Latin phrase meaning "thus always to tyrants." John Wilkes Booth wrote in his diary that he shouted the phrase after shooting President Abraham Lincoln. Timothy McVeigh wore a shirt with the phrase after his arrest the day of the Oklahoma City bombing.

Legislators from both sides of the aisle have condemned the act, calling it "disgusting."

"Doing this in front of our Capitol, just a short walk from where the Governor, First Lady, and their two young children live, is an act that reeks of hate and intimidation and does nothing but undermine our leading work to battle this deadly disease and restore our economy safely," they said.

Senate President Robert Stivers (R) also released a statement, saying the General Assembly will not endorse that type of conduct.

"The actions of the individuals at the capitol today were completely reprehensible," Stivers said. "I disagree with Governor Andy Beshear on many issues. However, this is not the way to disagree on policy or personalities."

Secretary of State Michael Adams (R) responded to the incident on Twitter, saying "sic semper tyrannis," the words of John Wilkes Booth "have no place in the Party of Lincoln."

Senator Mitch McConnell (R) said that while he supports the First Amendment, the actions were unacceptable.

"There is no place for hate in Kentucky," McConnell said.

In a tweet, State Rep. Charles Booker (D) said the incident was not only a threat to the governor's life but "an act rooted in our history of racism."

Multiple groups of protesters have been in Frankfort this weekend demanding the governor to open the state up after weeks of orders to stay at home to prevent the spread of coronavirus. Some protesters said the governor has denied them their constitutional rights, and some want better conditions for those incarcerated in the state.