'It hurts, and it's hard, and it's always there.' Mom who lost husband to DUI driver urges drivers to get a ride

Public safety officials are urging families to plan their rides ahead of time with road travel inching closer to pre-pandemic levels. 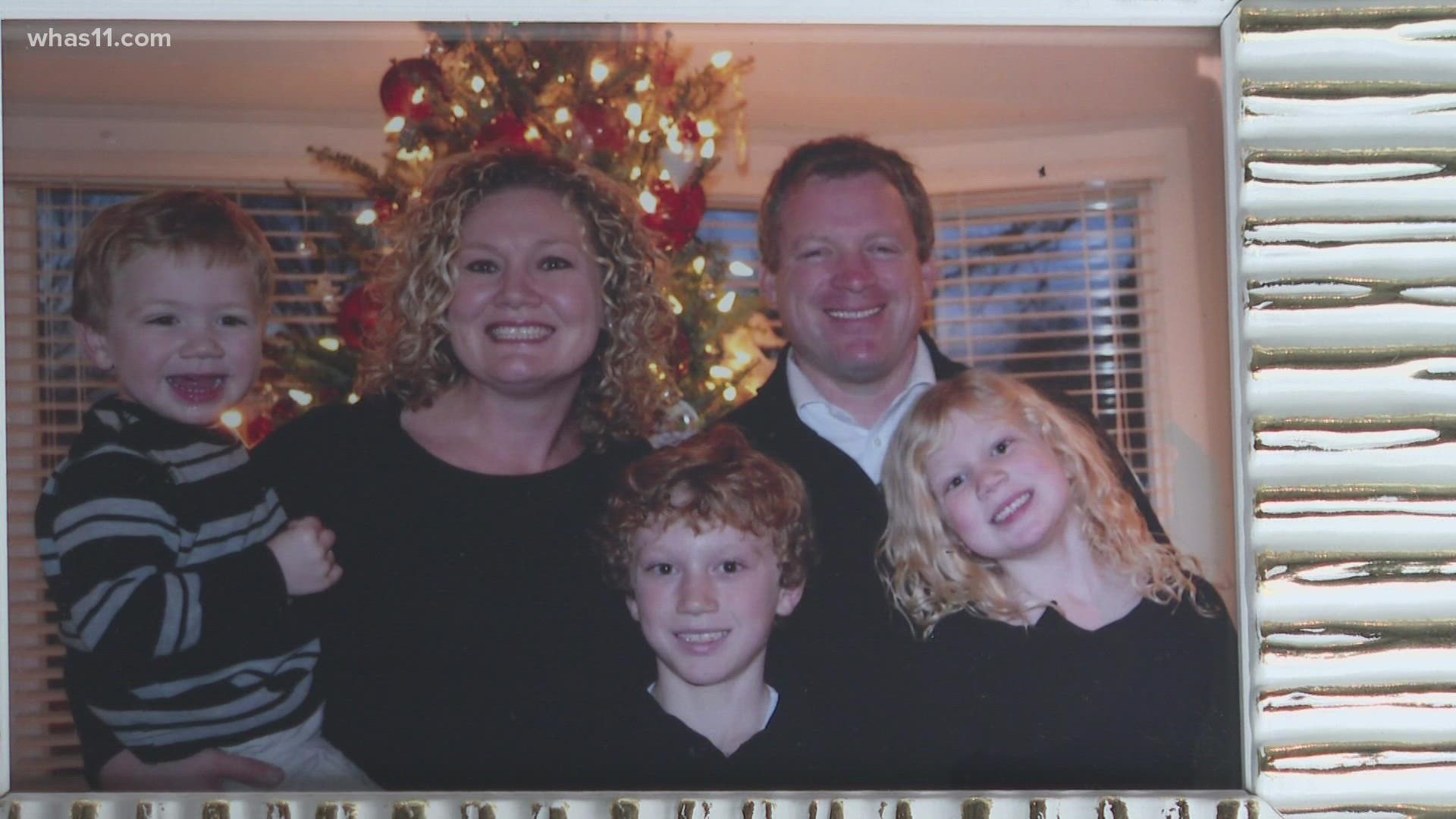 LOUISVILLE, Ky. — Holiday road travel is inching closer to pre-pandemic levels. Knowing that public safety officials are urging families to plan their rides ahead of time, in a push to avoid impaired driving.

Every holiday season that goes by there are more ways for people to get rides home if they've been drinking. And for folks who've lost loved ones to drunk driving, like Kelly Schulz, they say there's no excuse not to use them.

"It's way too accepted. It's as if we assume everybody on their own is going to be responsible," said Schulz, whose husband Christopher Schulz was killed after getting struck by a drunk driver in 2019.

It can be a scary thought: More people on the road during the holidays, likely meaning more drivers under the influence.

For Northeast Louisville's Kelly Schulz, it's not a fear. It's reality. And heartache.

"It hurts, and it's hard, and it's always there, and it's raw," Schulz said, speaking about her family going through the holidays without Chris.

In August 2019, Chris Schulz was riding in a golf cart near Seneca Park when he was struck. Now, their family sits for a third holiday season, knowing the overarching problem is still there.

"It certainly crosses your mind, and it hits hard," Schulz said.

We continue to see tragedy come from impaired driving. Just last weekend, a couple, George and Margaret Herbig, was killed on Westport Road when a driver turned into them.

That driver, now charged with murder, had a blood-alcohol content level more than two times the legal limit. Reports say she was speeding and weaving in and out of traffic.

Schulz says they went to the same church and were likely headed in that direction when this happened.

"It jars you and it throws you back into where you are and the thought process when it happened for us," she said.

It's why Schulz sat down with WHAS11 this Thanksgiving, even while with her family. She says we each have a responsibility to speak up this season, to ask the uncomfortable questions, and to make sure everyone we gather with has a plan to get home safely.

"From calling a friend, to calling one of the free resources, to being able to plan ahead," Schulz said.