The first ever event featuring drag queens reading to children while supporting literacy and inclusion at the Main Library was met with cheers and jeers. 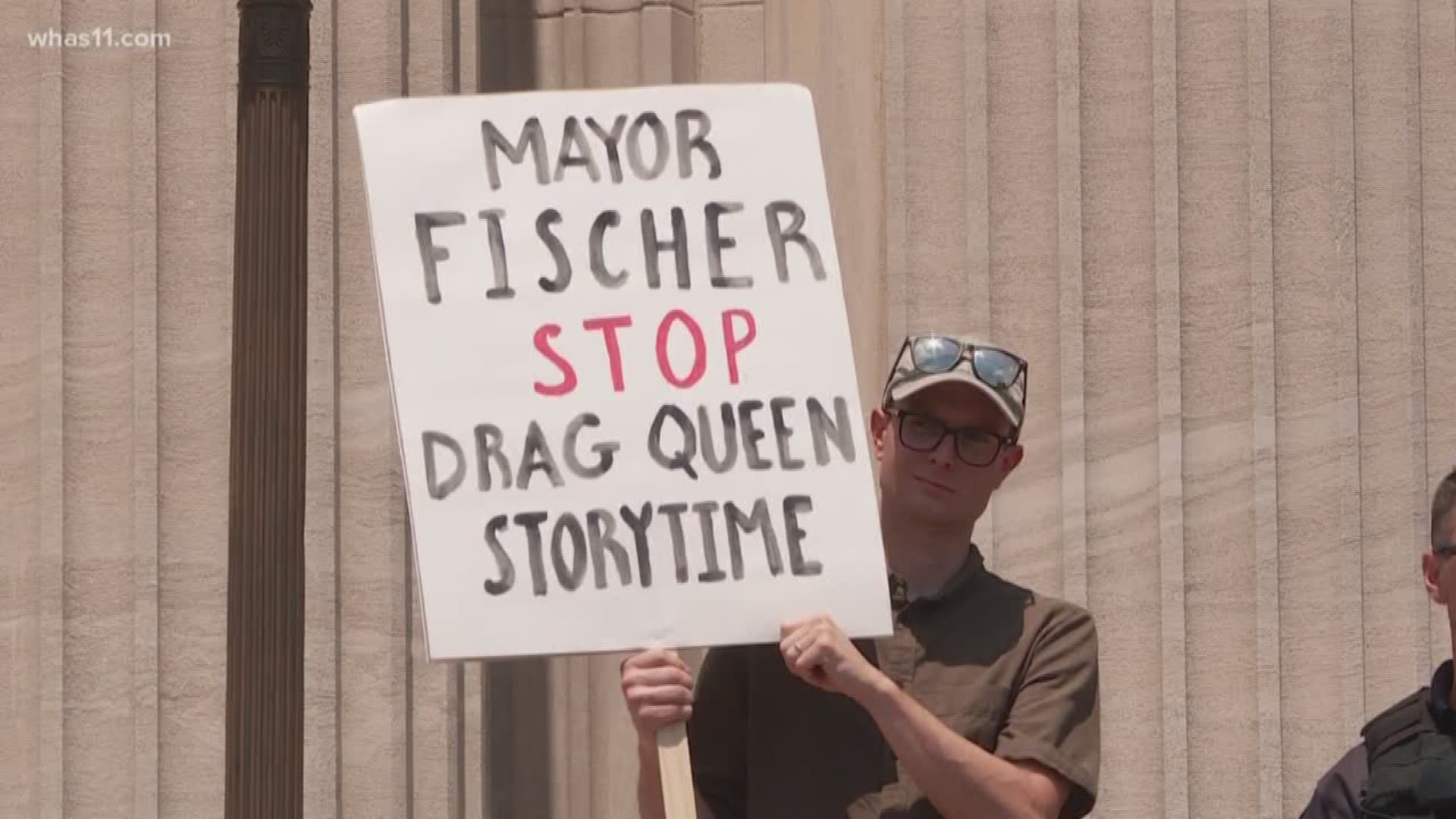 LOUISVILLE, Ky. (WHAS11) -- The inside of a library is usually a quiet place, but outside the downtown branch of the Louisville Free Public Library Saturday afternoon was a different story as police set up metal barriers to clear a path up to the front of the library. People cheered and jeered as parents brought their children up the steps to attend the first Drag Queen Storytime held at a city library.

"It's really kind of a way to encourage kids to be themselves and let them know it's okay to be who they are," Maggie Carnes, an organizer with the Fairness Campaign, said.

The story time event was billed by the library as an event to promote education and inclusion, but it nevertheless drew its share of controversy. Like other cities around the country that have held similar events, protesters were ready to make their displeasure heard.

"We have our constitutional right to believe in the Bible as the Word of God. It is our religious freedom," Midwest Church of Christ Pastor Jerry Stephenson said. "Christianity has been under attack for a long time and it's time for those of us who believe in it to stand up for it."

For Stephenson and others protesting, which included members of the American Family Association of Kentucky, they said the event goes against their Christian values. But the counter-protestors on the other side said they were not trying to attack anybody but instead to create a welcoming environment.

Credit: WHAS-TV
Protesters hold up signs in opposition of Drag Queen Story Time, an event where drag queens read to children while supporting literacy and inclusion.

"We don't really believe it's denouncing Christianity," Carnes said. "We do believe that it is encouraging kids and families to be themselves and to celebrate who they really are."

"They just want to scream at and condemn parents who want to expose their kids to people who are different to them. We think that's silly so we're out here looking silly," Sister Petty Davis, a member of the Derby City Sisters, said.

The Derby City Sisters had been scheduled to host a similar reading event back in March at the Southwest Regional Library, but the LFPL had canceled the event, declining to discuss the specific reasons for the cancellation but did emphasize that it was not because it involved drag queens reading to children.

Louisville Metro Police had a presence through the end of the storytime and stayed until the crowds dispersed. LMPD said there were no incidents to report from the protest and counter-protest.