Downtown Louisville businesses board up after LMPD restrictions

While some store owners have remained open, most businesses are covered with plywood and closed. 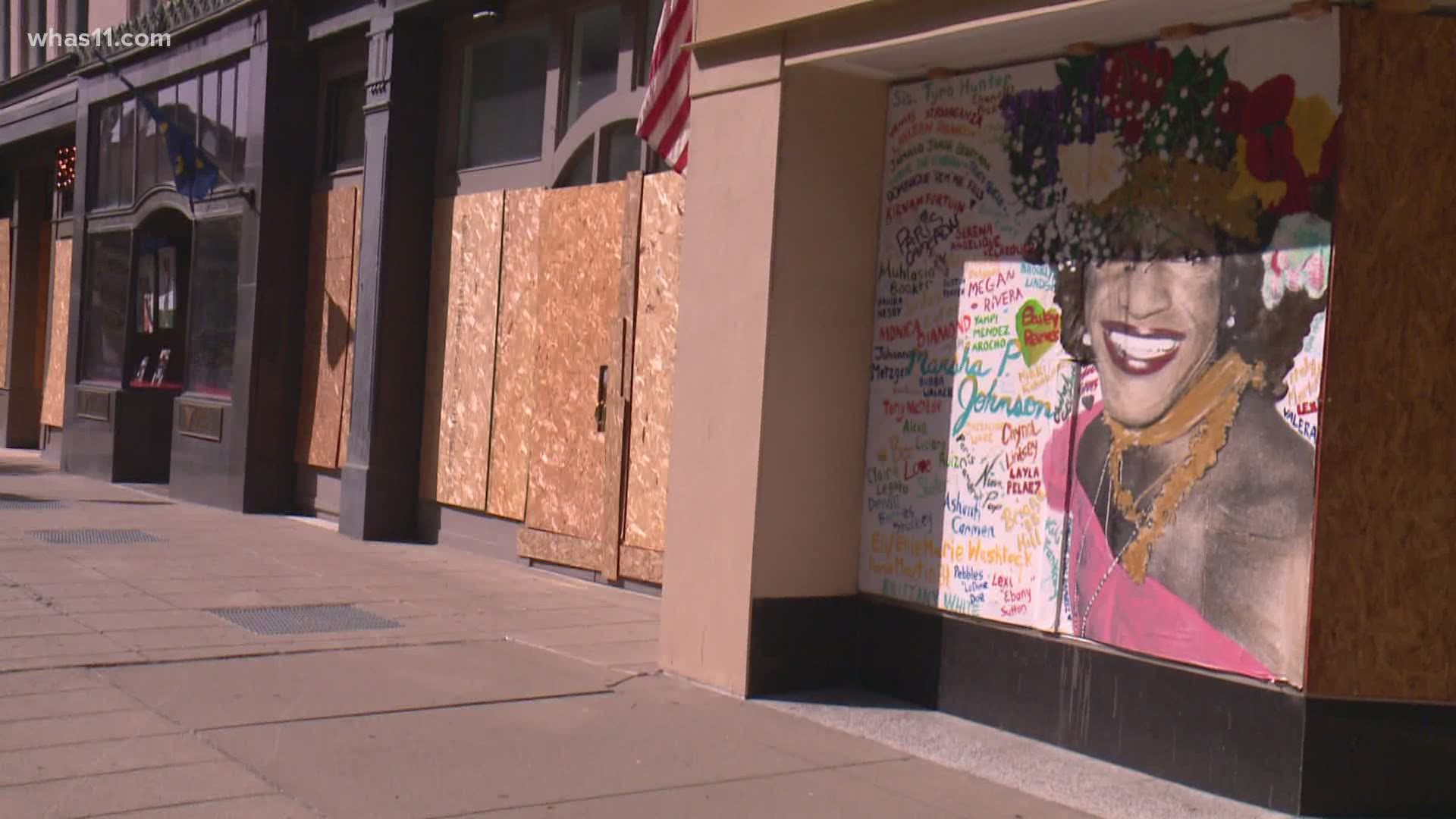 LOUISVILLE, Ky. — As the city of Louisville and local law enforcement set restrictions in anticipation of Daniel Cameron's decision in the Breonna Taylor investigation, several businesses are boarding up or closing down.

Gwendolyn Brasher was supposed to open her bridal store in March, but the coronavirus pandemic caused her to push things back. Months later, Brasher said she has postponed the opening date of Jumping the Broom Bridal Studios due to ongoing unrest.

Louisville police announced they would restrict access to downtown ahead of Cameron's announcement. While the attorney general has not given a timeline, both police and the mayor have declared a state of emergency.

Checked out downtown #Louisville this morning.

-Fourth Street Live = ghost town. -Many of the businesses were closed and some were attaching more plywood panels to buildings.
-The city is under a state of emergency ahead of the #BreonnaTaylor announcement. @WHAS11 pic.twitter.com/LyRl62LbVz

Several business owners were seen putting up extra protection in front of their stores, saying they were unsure what the reaction will be once an announcement is made. Brasher said she understands everyone is hurting, using her store to show solidarity and pay tribute to Breonna Taylor while she awaits an October opening.

"...There are a bevy of emotions right now," Brasher said. "There's pain, there's sorrow there's frustration, there's compassion and empathy. There's so many things, so many people that are hurting on every spectrum so I'm one of those people."

Fashion Club, a Women and Children's Clothing Store is still welcoming customers. Owner Young Kim said that she still has customers coming done, checking in on the business.

"A lot of people still come and worry about us and they just want to find out what's going on," Kim said.

Though Fourth Street was a target for looting during early protests, Kim said she is keeping her spirits up, hoping for the best for the downtown community.

"I've just been praying every night for my Fourth Street — not just for only my store, but look at Fourth Street," Kim said.

RELATED: Breonna Taylor case: LMPD confirms it is preparing for a decision from Attorney General's Office