“I need him to come back because I miss him so bad,” said Denise Montgomery. “My heart is broken. I love that dog so much." 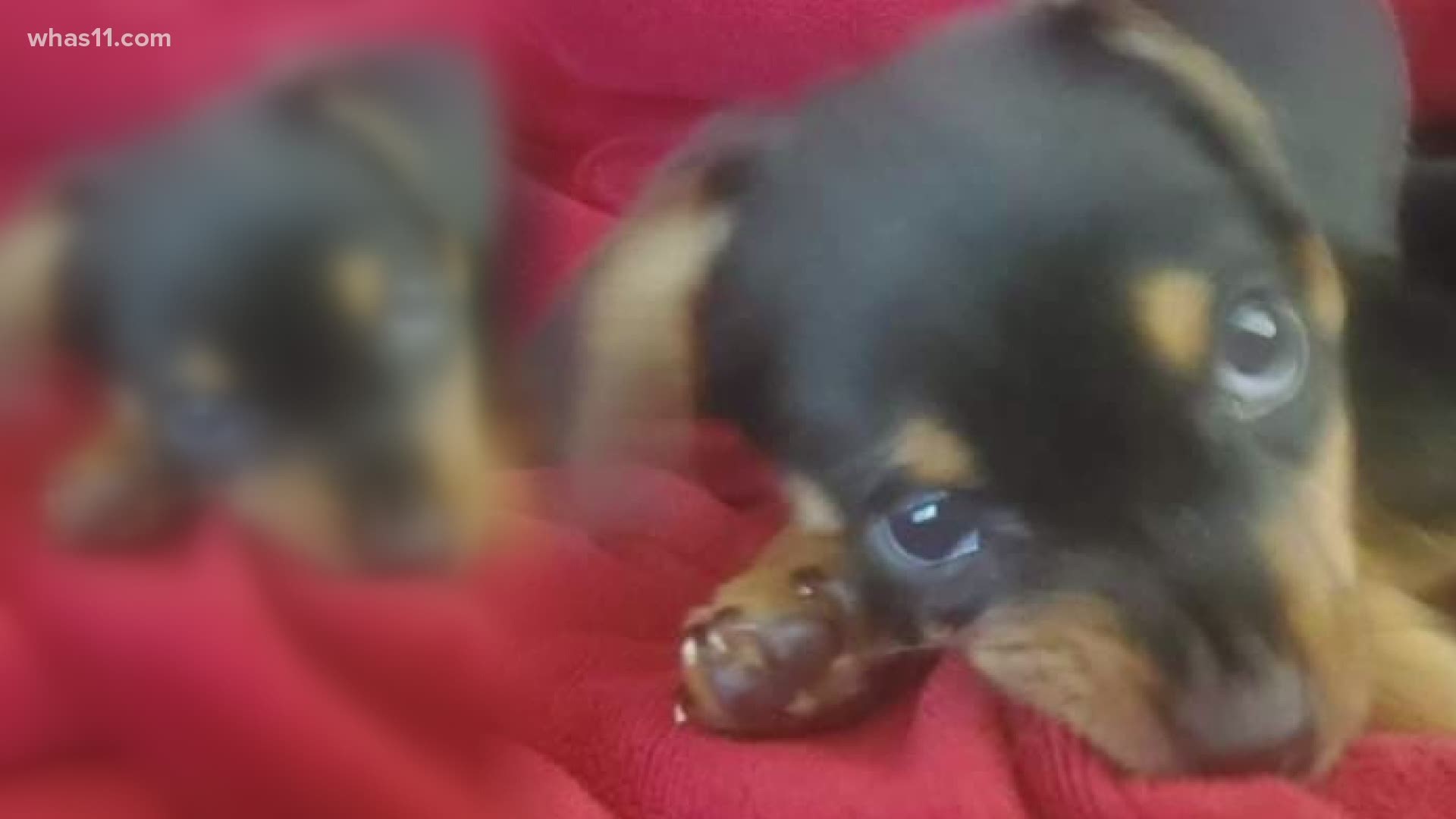 LOUISVILLE, Ky. — A woman is praying for her puppy to return home, after it was stolen during a carjacking.

“I need him to come back because I miss him so bad,” said Denise Montgomery. “My heart is broken. I love that dog so much."

Montgomery said she was on the road around 7:30 a.m. on July 4, with her dog in the back, when she noticed her trunk was open. She pulled over on Woodmore Avenue and got out to shut it.

She said that’s when a van pulled up behind her and a stranger climbed into the driver’s seat, and another into the back.

“I ran around the car and I grabbed the door and I was pulling on it, trying to get it open, and I just said, ‘give me my dog, give me my dog.’"

She was knocked down when the thieves took off with her car, her purse, her phone and her three month old chihuahua/Pomeranian puppy, Jake. She said they drove past her again as they got away.

“I was yelling 'there they are, there they are' and I said, 'give me my dog' and they just sped right out of the neighborhood.”

Days later, her phone was found at Seneca Park, and her car was discovered at a laundromat off of Taylor Boulevard. Jake is still missing.

“They could've kept the car and anything in it. I just want my dog,” she said on Wednesday.

She believes there were three men involved in the carjacking. Police are investigating, while Montgomery is offering a $500 reward to anyone that brings Jake back.

“If somebody bought him and paid anything for him, we're willing to give them their money back. There's no questions asked just bring my dog back to me,” she said.

Her family set up a GoFundMe to raise money for the reward. If you have any information on Jake's location, call 502-712-0824.