A man says his dog his dog jumped into action when his roommate allegedly went towards him with a machete. 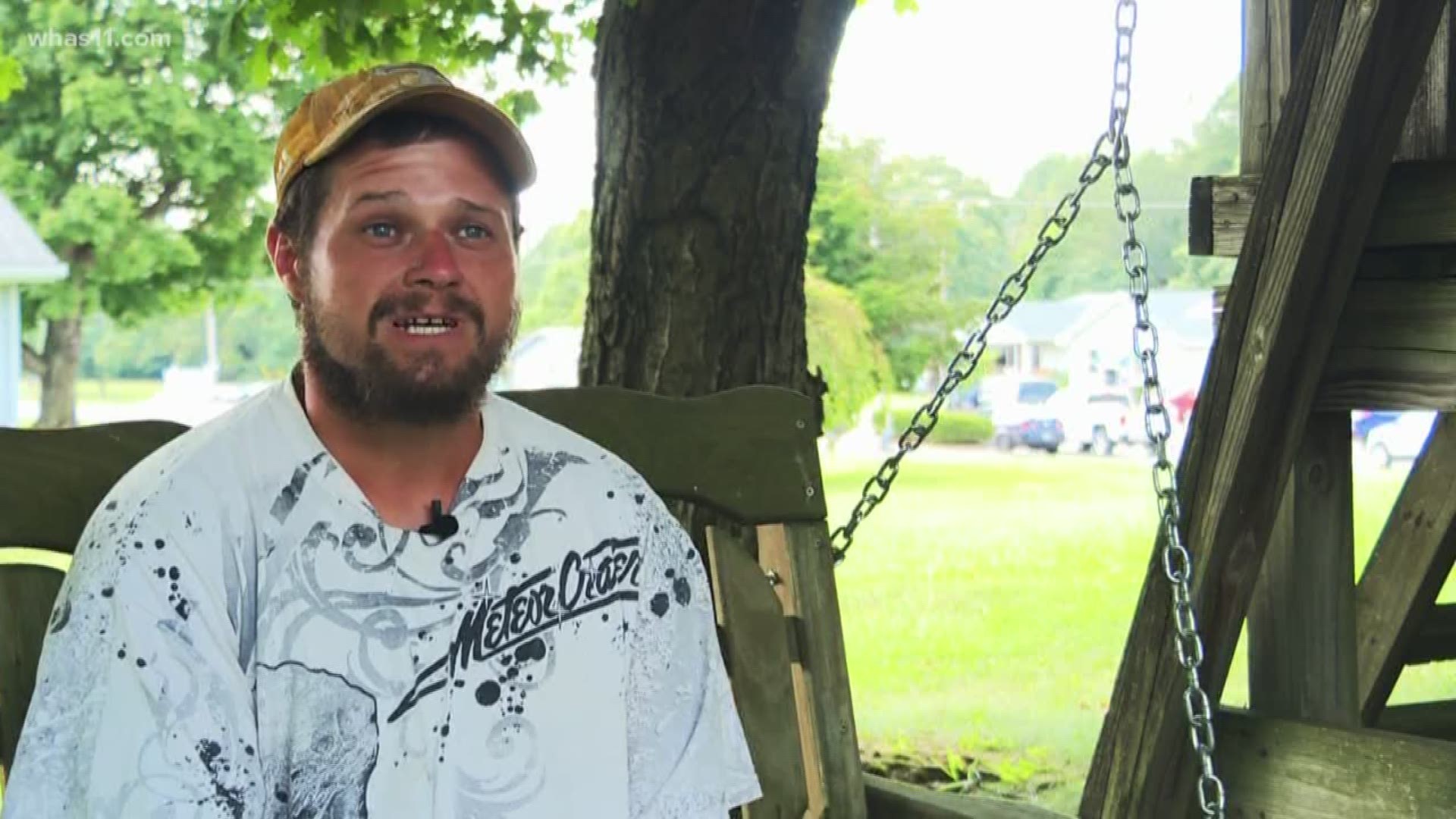 RADCLIFF, Ky. — For seven years, Lonnie Young and his dog Gnarley have been inseparable.

"His mother was an American Staffordshire and his father was just an old hound dog from California," Young said. "I was there when he was born. He was third born and I knew Gnarley was meant to be with me then."

Young said his job has taken him and Gnarley around the country with his latest stop in Radcliff, Kentucky, where he had been living with some coworkers. Thursday night, Young said one of his roommates became angry with him for not lending him money and tried to attack him with a machete.

"He comes out and he points the machete at me and he says, 'I'm going to kill you, (expletive)," and as soon as he started coming towards me, Gnarly went into action," he said.

According to Young, Gnarley jumped in between the two men and risked himself to protect his owner.

"The second swing hit him, caught him right above the eye," he said. "It was terrible."

Young said his roommate left the house after hitting the dog. Young then rushed Gnarley to Louisville where he was taken into surgery.

"Honestly I did not sleep last night," he said. "I sat in that truck right over there until this morning."

Young has since moved in with a friend. He said while Gnarley's life was his top concern, he also had to figure out how to pay for his operation. That's where Frankie's Friends, a national organization that helps provide for families with pets in need of lifesaving, emergency veterinary care, stepped in to lend a helping hand.

"We definitely have not seen a request for a dog who has stepped in the line of a machete before," Frankie's Friends executive director Danielle Martin said. "This is a first for us."

According to Martin, Frankie's Friends will help Young cover the cost of the surgery and depending on how much money is raised, it will help with the costs of Gnarley's recovery as well.

"The outpouring of support from everyone has been really overwhelming, honestly," Young said. "Earlier I was a blubbering baby, I'm going to be honest."

"He did great, that the team was able to get it all back together really well and that he'd be too sore to come today but he might be able to come home tomorrow," he said.

Young said he is planning on filing a police report with Radcliff Police.

People looking to donate to Frankie's Friends to help Gnarley's recovery can do so here.