The track record for the Triad isn't too good in regards to the folklore. 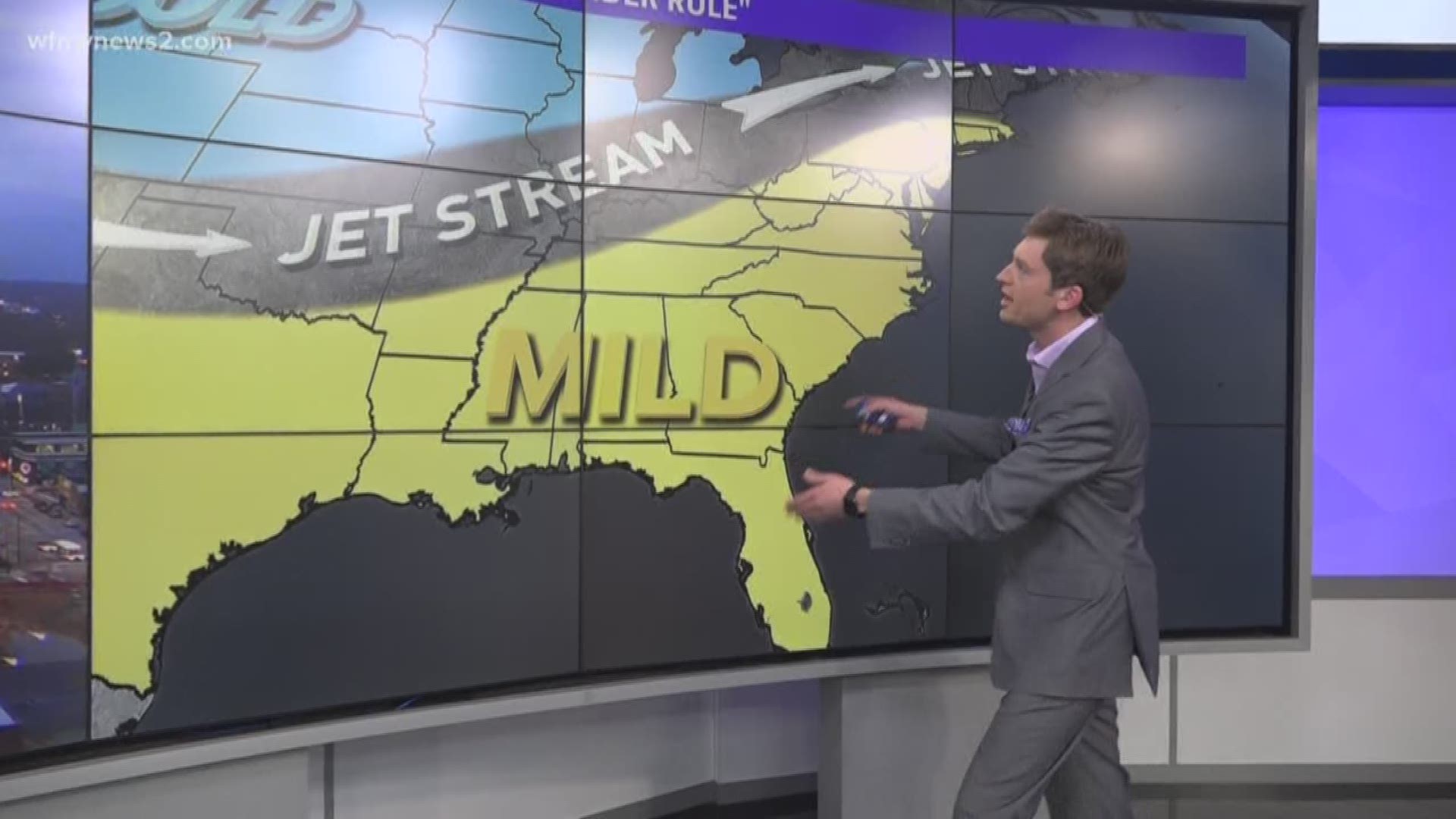 GREENSBORO, N.C. — We definitely had some thunder in the Triad one day earlier this week. So, it's going to snow in 10 days, right? Well, not exactly.

Christian Morgan dug into the records from Piedmont Triad International Airport where the official weather for Greensboro is recorded daily.

Surveying the months of December, January, and February over the last 5 winter seasons it turns out that there were only 9 days where thunder was recorded at the airport. There was no thunder recorded at all in the 2017-2018 season. And only one of those seasons had snow within 10 days of thunder. That's only about 11%.

And, while thunder may not necessarily mean snow in 10 days, it can signal some changes that would lend toward snow.

It's all about the jet stream, which basically sets apart the cold air and warm air. When the jet stream surges pretty far to the North then it's much warmer here, like it has been this winter. With the air so warm, when moisture arrives it can increase our instability, fueling thunderstorms.

But, when the jet stream is kinked so much and amplified to this level, it will eventually begin to shift which means dramatic changes the opposite way.

When the jet stream pattern shifts this way, we get much colder air. Of course, just having cold air doesn't mean that it's going to snow, but it sure helps the cause! The jet stream isn't always so kinked, but when it is we tend to get wild temperature swings.