In a letter to property owners, the city cites more than 1,000 police runs at Dino's in the last two years. 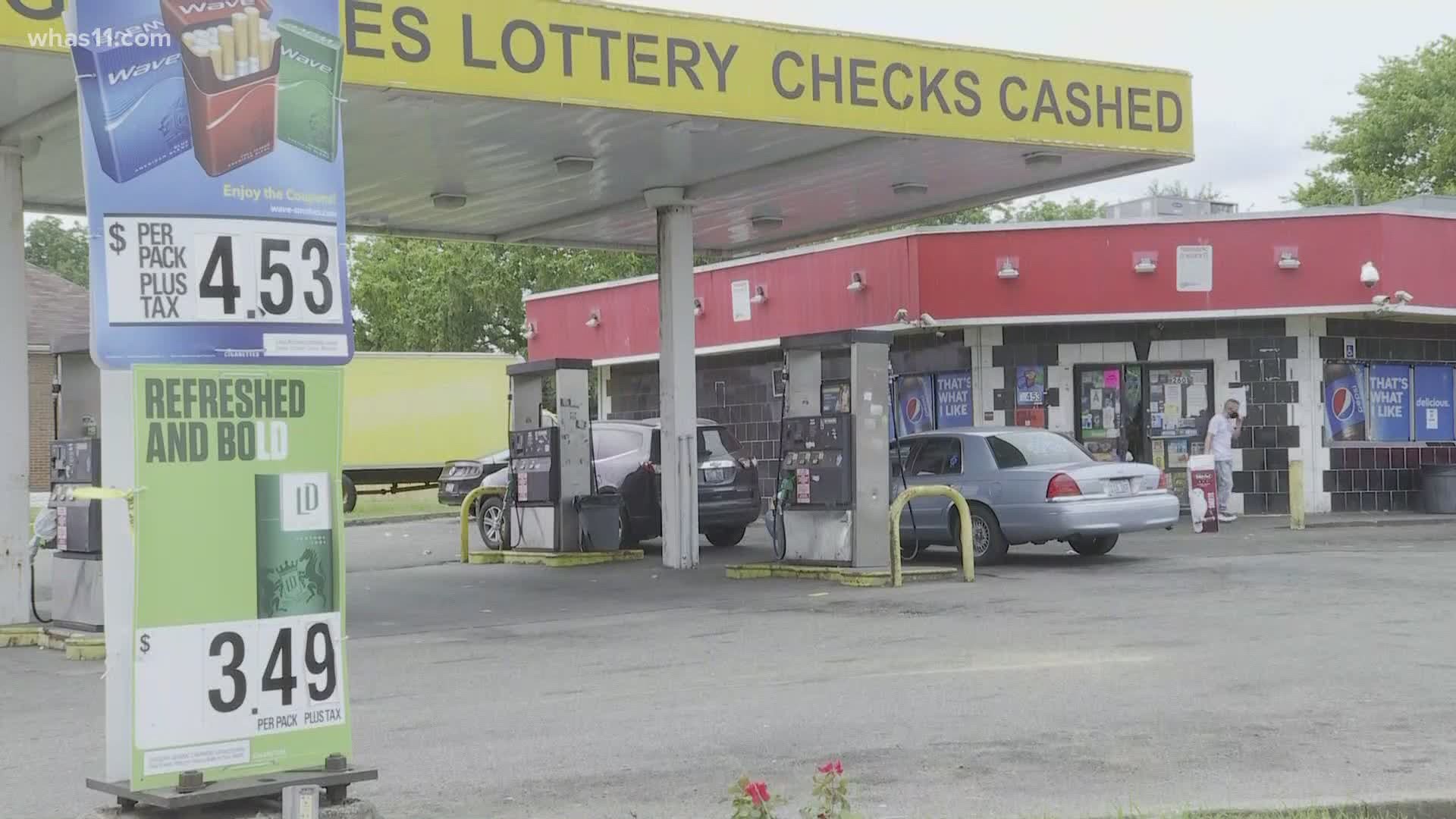 LOUISVILLE, Ky. — Metro Government has shut down Dino's Food Mart, with the Department of Codes and Regulations citing it as a public nuisance and ordering the owners to vacate the property.

In a letter to property owners SHM 2601 LLC, the city cites more than 1,000 police runs at Dino's in the last two years. Since it was first cited as a public nuisance in July 24, Louisville Metro said there has been an assault and arrest for synthetic drug possession at the store.

Ashley Elliott lives nearby and wants the store to remain open. She said she has never had a bad experience at the store.

"They are friendly, they are very friendly. When you go in there they speak to you like, 'Hey, neighbor,'" Elliott said.

The property owners can appeal the citation with the Louisville Metro Code Enforcement Board. If they choose not to appeal, they must pay a $400 penalty and remove the nuisance.

"Should the Public Nuisance not be abated, the Department of Codes and Regulations shall be authorized at any time to issue additional civil penalties," the citation says. "Each day that a violation continues after a notice has been issued shall be deemed a separate offense."

The store was previously the scene LMPD officers, National Guardsmen and Kentucky State Police were sent to to break up a large crowd June 1. During the clear out, Louisville barbecue owner David McAtee was shot and killed. McAtee's death came just three days after protests began over the Breonna Taylor case.

KSP independently investigated McAtee's death, confirming McAtee was killed by a bullet from the gun of a Kentucky National Guardsman. J. Michael Brown, secretary of Gov. Andy Beshear’s executive staff, said McAtee did have a gun during the incident and had gunshot residue on his hands.

The findings have been turned over to the Jefferson County Commonwealth’s Attorney for review. It has also been sent to the FBI who is conducting their own independent investigation.