'We're not going to give up': Family of fallen deputy Brandon Shirley demands answers from Louisville Police 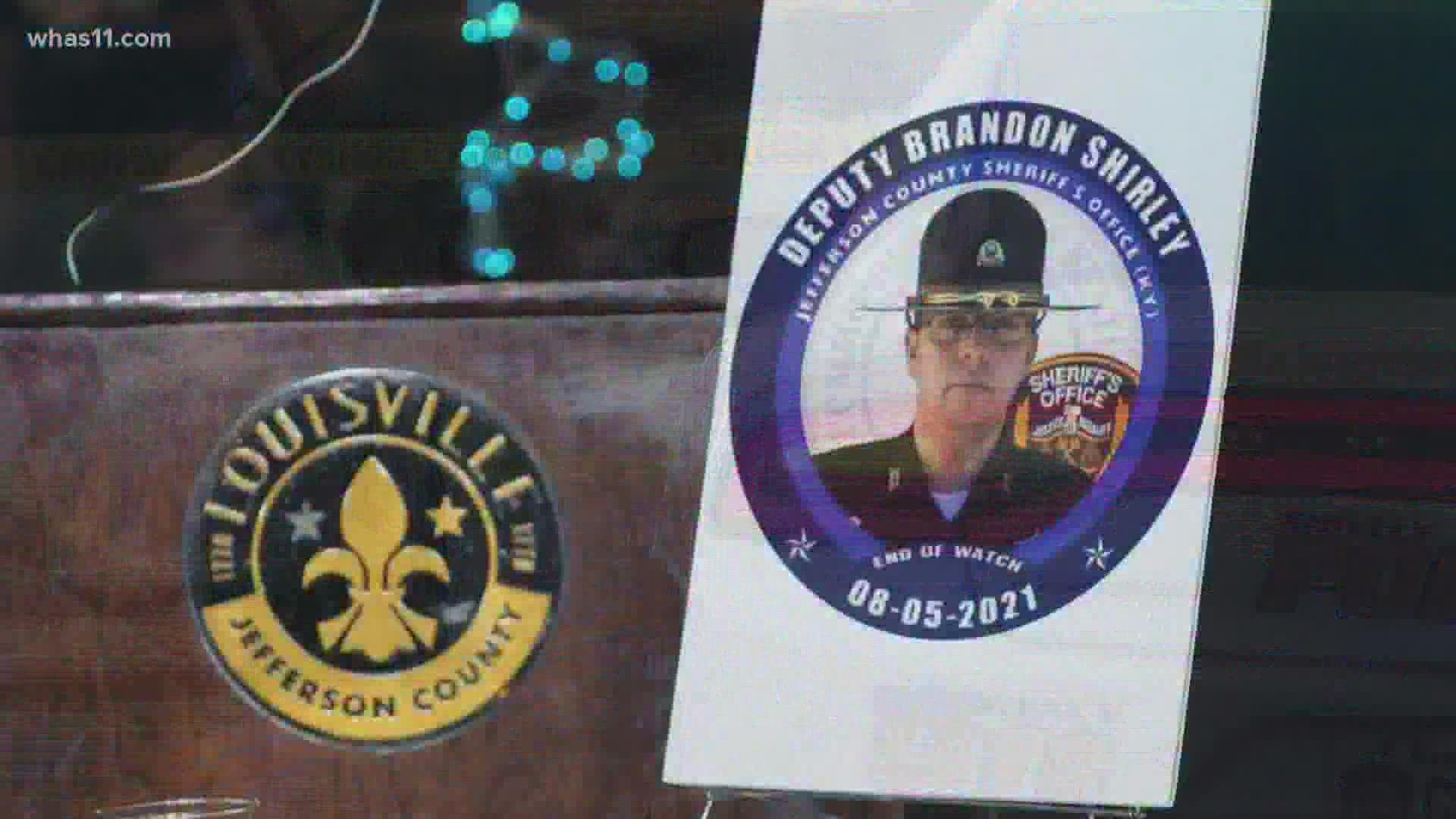 LOUISVILLE, Ky. — Jefferson County Sheriff's Office Deputy Brandon Shirley was murdered in the line of duty on Thursday, August 5. Three months later, no one has been arrested in connection to his death.

On the day Deputy Shirley was killed, Louisville Metro Police Chief Erika Shields said Deputy Shirley was targeted, ambushed and shot while working off-duty security at Rockford Lane Auto Sales in Shively. He died from his injuries at the hospital.

That same day, Chief Shields vowed the department would be making an arrest.

But, three months have passed and that hasn't happened and no suspects have been named.

Shirley's parents say what they're demanding isn't necessarily an immediate arrest, but rather, transparency from LMPD. They're now working with well-known attorney Sam Aguiar to make that happen.

"There's been no release of footage, and we haven't gotten explanation as to why," said Aguiar, who said the family isn't taking legal action against LMPD, but rather pushing for more information.

Shirley's parents allege LMPD told them to stop calling for updates. They also said updates from police haven't been consistent.

On Tuesday, Brian Shirley told WHAS11 News that as of three weeks ago, they were told their son's death could have been an accidental shooting.

Aguiar said this comes months after the family was told police had "good surveillance video" showing Shirley "ambushed by individuals approaching his windows," and that they shot him inside his truck.

"I was sat down and told it might have been a robbery, and then they thought it might have been a carjacking, and now there's a complete 180," Brian Shirley said. "That's where we're struggling because they're not being transparent with us. We just don't know what's going on. As a parent we should know. We don't understand how you get to point A to point Z with nothing in between."

Like many families in Louisville, they are now asking for transparency from LMPD. They said they don't want special treatment just because Shirley was an officer, they just want answers.

"We'd like to think anyone in our shoes would be here right now," said Deborah Shirley, who doesn't address the public often.

"The LMPD is committed to bringing Deputy Brandon Shirley’s killer or killers to justice. Balancing the integrity of a murder investigation versus the very real needs and desires of survivors’ families is an excruciatingly difficult, constantly evolving process. We know that until the murderer or murderers who took Brandon from his family and our community are convicted our efforts will never be enough. The chasm Brandon’s death has created will never be truly filled. Our commitment is to the strongest possible level of investigation, free of outside influence, bias, or opinion. Members of the LMPD Command Staff have remained in contact with Deputy Shirley’s family, and will continue to do so going forward. The LMPD’s primary goal is to arrest and convict anyone involved in the murder of Deputy Shirley, and we will continue to diligently work towards a successful resolution."

The current reward for information that could lead to an arrest is $80,000. On Tuesday, the family announced an additional $10,000 in reward money would be offered for new information that leads to a conviction.