The attorney for Denorver “Dee” Garrett told WHAS11 News on Sunday they will amend their lawsuit to include more officers and additional claims. 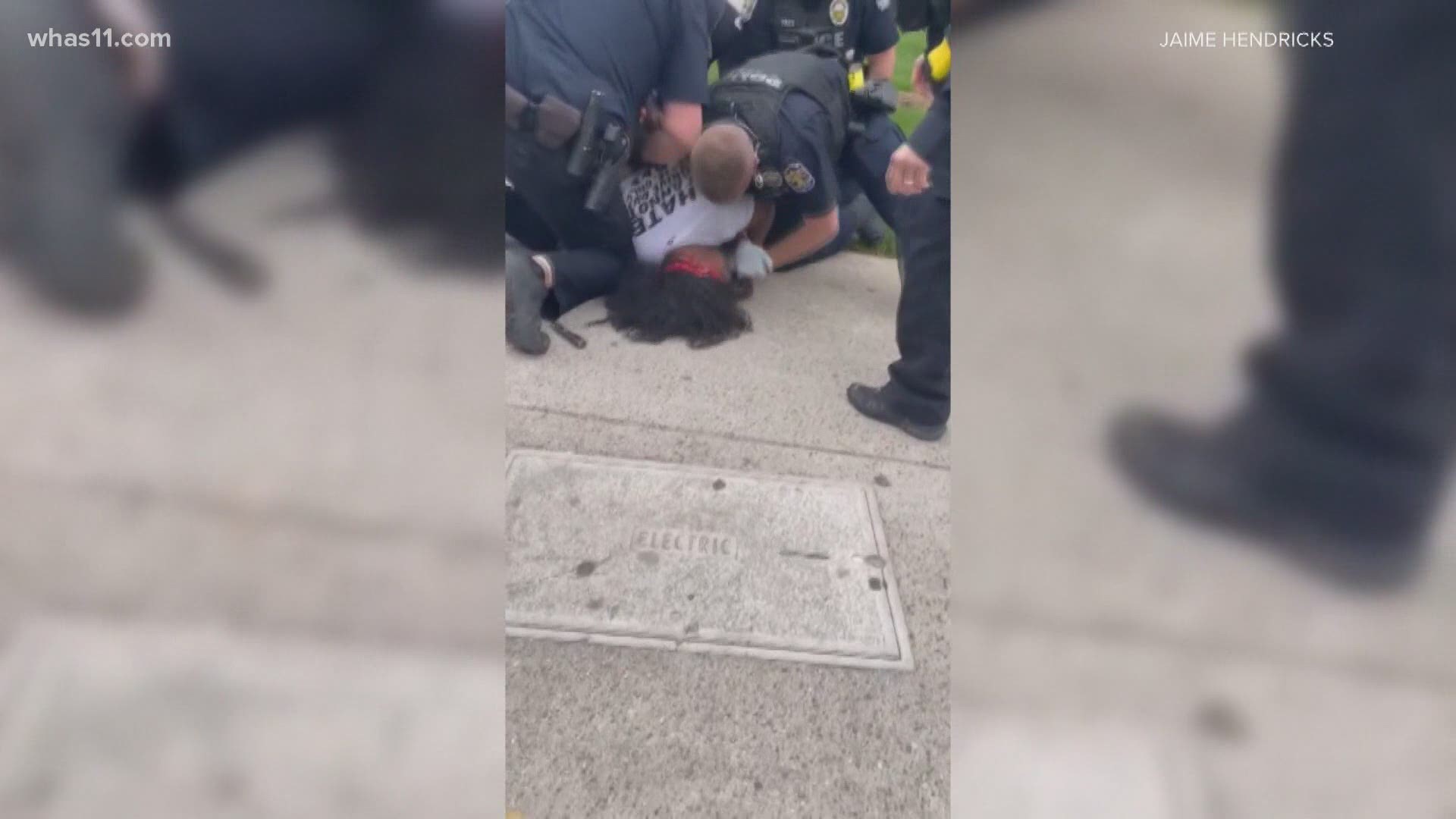 LOUISVILLE, Ky. — Charges against a Louisville activist have been dropped, three months after a social media video showed him being punched repeatedly by a Metro Police officer during an arrest in Jefferson Square Park.

The attorney for Denorver “Dee” Garrett told WHAS11 News on Sunday they will amend their lawsuit now that charges have been dismissed, without stipulation of probable cause.

Attorney David Mour said he's adding officer M. Christiansen as a defendant in the suit. Christiansen was there for Garrett's arrest and wrote the citation. Mour said he's making all the same claims against Christiansen as he did Ambers.  "And I will add malicious prosecution, abuse of process, and a civil conspiracy between those officers to harm Dee to violate his rights, to suppress and oppress," said Mour.

Garrett was arrested for disorderly conduct on Apr. 18 and the video showed him being punched while officers asked him to stop resisting arrest.

He said he never resisted arrest but having broad shoulders made it difficult for him to push his hands close behind his back. Garrett also showed a black eye following the incident.

Garrett later sued the department for wrongful arrest and battery.

Mour said he's requested the name of every officer present at the time and he plans to include them all in the suit.