Denny Hamlin has been racing in the number 11 FedEx Camry for 16 full seasons. 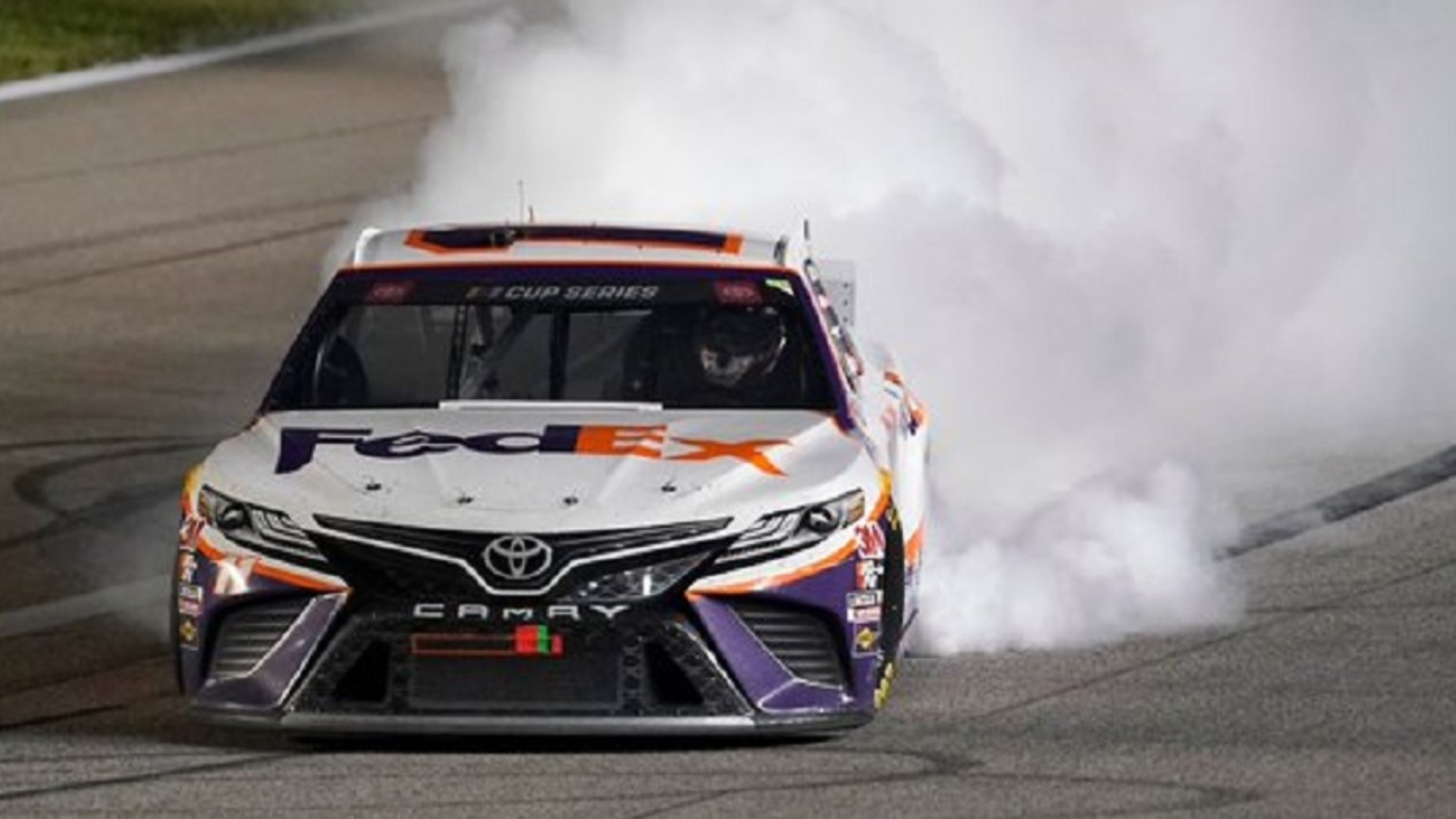 INDIANAPOLIS — NASCAR driver Denny Hamlin is honoring those hurt and killed during a mass shooting at an Indianapolis FedEx facility when he hits the Richmond Raceway.

Hamlin tweeted out photos of the FedEx car with new decals on it that pay tribute to those in Indianapolis affected by the shooting. The decals say “#fedexstrong” and “Indy” enclosed in a black memorial ribbon.

The tweet said, "Racing for our @FedEx family today and thinking especially of the Indianapolis team members. Stay #fedexstrong."

FedEx Racing said Hamlin has been racing in the number 11 FedEx Camry for 16 full seasons.

He just missed winning his first Brickyard 400 in 2020 when he was leading the race with seven laps to go, only to have his right front tire give out and send him hard into the outside wall of turn one at the Indianapolis Motor Speedway.

On Thursday night, the Indianapolis Metropolitan Police Department said it got calls about an active shooter situation at the FedEx Ground facility at 8951 Mirabel Road.

Police said eight people were killed in the mass shooting and five victims with gunshot wounds were taken to several area hospitals for treatment.

RELATED: Faces of the victims in the Indianapolis FedEx mass shooting

These are the names of the people who were killed:

A vigil is set to be held for those who were killed at 7 p.m. Sunday on the steps of Beech Grove City Hall. It will be hosted by the City of Beech Grove and the Mayor's Faith-Based Roundtable. Prayers will be offered for the victims and families of those affected by the FedEx mass shooting.