Metro Disability Coalition President Marcellus Mayes calls it "another barrier" for persons with disabilities that "further isolates" folks during this pandemic. 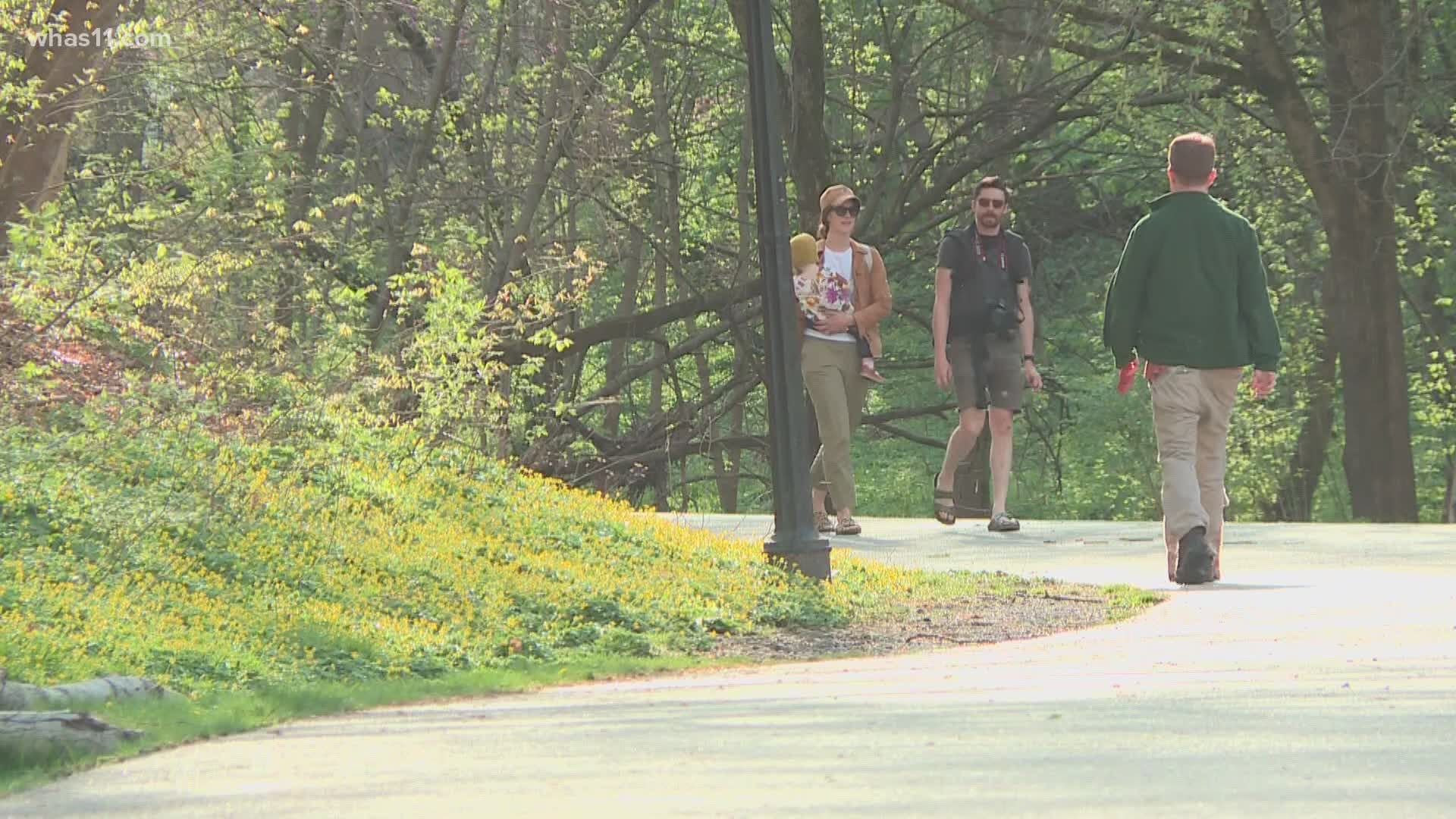 LOUISVILLE, Ky. — The open-discussion continued at the virtual roundtable Thursday night about whether or not the scenic loop at Cherokee Park should remain closed to traffic permanently.

The roadblocks keeping vehicles out of Cherokee and Iroquois Park were put up a year ago Thursday, on April 8, 2020.

Some park-goers hope it stays this way. Melody Friesen called it a “retreat for some silence” without the sound of automobiles passing through.

“I can definitely hear some little birds and insects that I haven't heard before,” she said Thursday.

Others agree it has felt safer with just foot traffic.

“Before it was very much like 'stay on this side' and then the corners can definitely be a little abrupt sometimes so you don't know what's around it, but this is perfect like it is,” said Talia Friesen. “It’s just been just really nice to have more people frequenting and more kids can just run around, dogs, too, without the fear of cars.”

According to a survey from Louisville Parks and Recreation, nearly 70% of people, out of more than 7,000, said they'd be in favor of a permanent closure of the scenic route to vehicle traffic in Cherokee Park.

Metro Disability Coalition President Marcellus Mayes calls it "another barrier" for persons with disabilities that "further isolates" folks during this pandemic.

“A lot of us have mobility issues and so many of us are in wheelchairs, myself, I'm visually impaired so I would have to have somebody assist me,” Mayes explained.

He told WHAS11 News that it would be hard for persons with disabilities to enjoy the park in its entirety if traffic was stopped for good. There are places some folks can only access in a vehicle.

“That's really unreasonable to think you might have to have a person walk a mile or so up a hill, it's not like both Iroquois and Cherokee are flat areas.”

As the debate continues, maybe compromise is key.

“Even if you were going to negotiate and meet somewhere in the middle, if you had to close it a couple of days rather than all seven days would be a more reasonable approach to take,” said Mayes.

There appears to be no exact timeline on a decision, but one is expected in the coming weeks, or months.