The crash happened around 2:30 a.m. No patients were in the ambulance at the time of the crash. 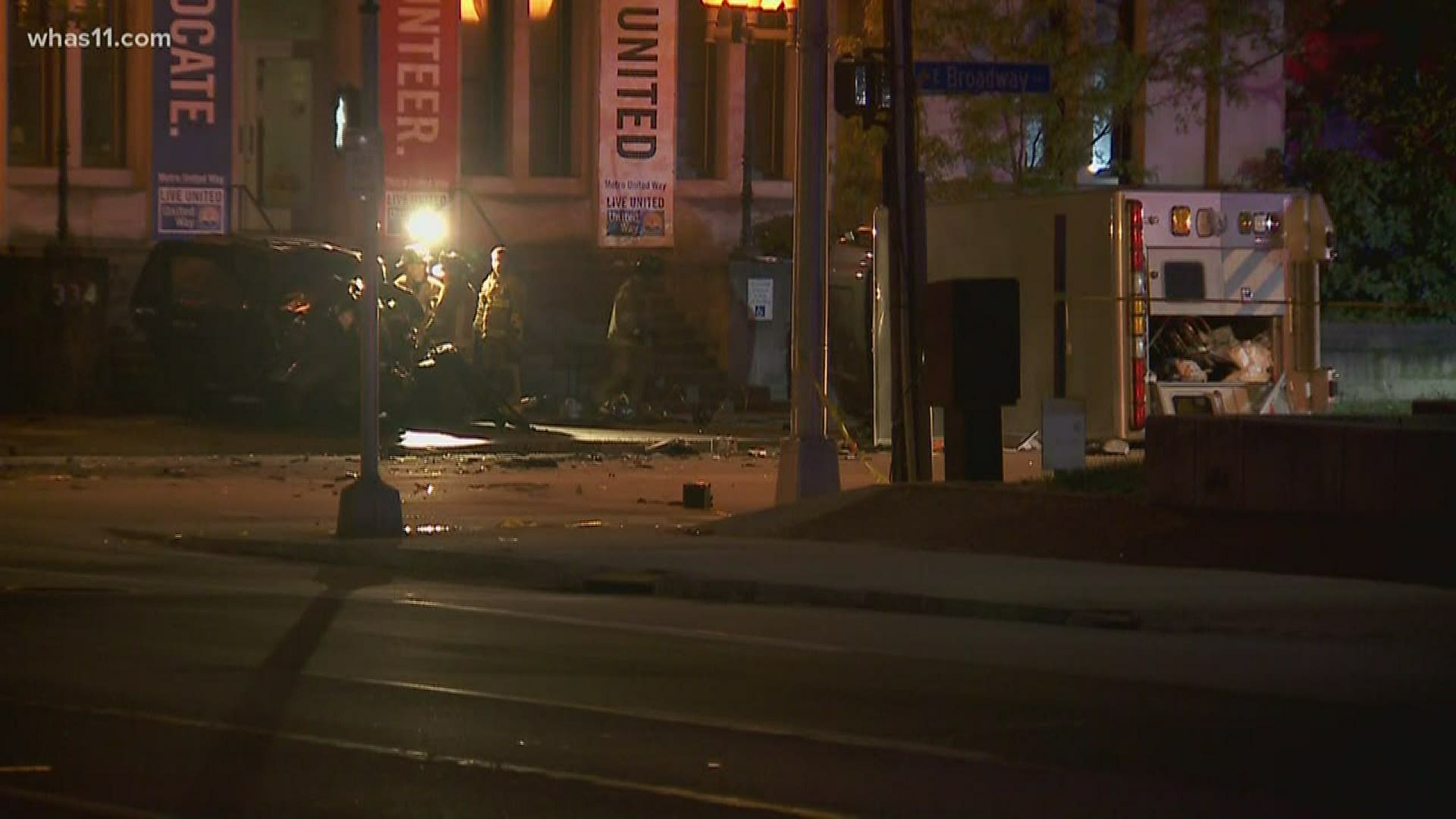 LOUISVILLE, Ky. — One person is dead after a crash early Monday morning in Louisville.

The preliminary investigation shows that the driver of an SUV was traveling south on S. Preston St. when that person ran into the passenger side of an ambulance traveling west on Broadway. The force of the crash caused both vehicles to overturn.

The driver of the SUV died at the scene. There were three employees on board the ambulance who were taken to the hospital with non-life-threatening injuries.

The ambulance was not in the middle of a run at the time of the crash and there were no patients on board. The LMPD Traffic Unit is investigating.

This is the second deadly crash involving an ambulance in the last seven days. One person died and three others were taken to the hospital after the driver of an SUV crashed into an ambulance on Taylor Blvd. on April 22.