Archbishop Gregory says he finds Trump's visit to the shrine 'baffling and reprehensible.' 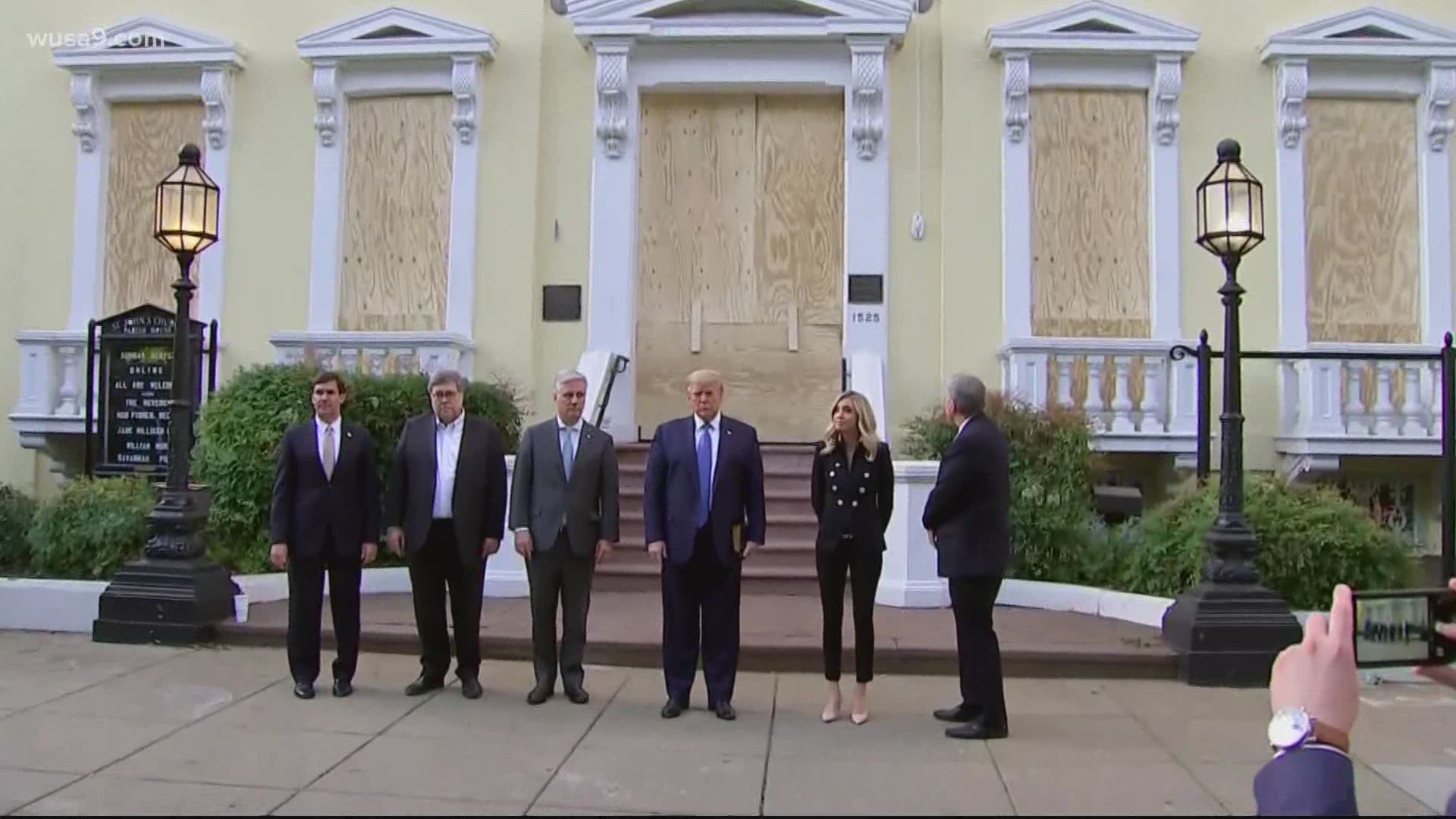 In the statement, Archbishop Gregory said he finds it "baffling and reprehensible" that a Catholic church would allow itself to be "misused and manipulated" in a way that violates their Catholic community's beliefs.

Archbishop Gregory said their religious principles are to defend the rights of all people, even those they do not necessarily agree with. He even shared that Saint Pope John Paull II would not have condoned the use of tear gas to silence people fighting for justice, in response to the "Justice for George Floyd" protests.

Here's the full statement released by the Archbishop:

"I find it baffling and reprehensible that any Catholic facility would allow itself to be so egregiously misused and manipulated in a fashion that violates our religious principles, which call us to defend the rights of all people even those with whom we might disagree. Saint Pope John Paull II was an ardent defender of the rights and dignity of human beings. His legacy bears witness to that truth. He certainly would not condone the use of tear gas and other deterrents to silence, scatter or intimidate them for a photo opportunity in front of a place of worship and peace."

RELATED: Faith leaders at St. John's Church in DC are 'outraged' at Trump's photo op with bible in front of church

A group of peaceful protesters in a nearby park were cleared out using tear gas, the bursts of which could be heard during Trump's address moments before the president's photo op in front of St. John's Episcopal Church.

Protesters have been taking the streets of D.C. near the White House since Friday night calling for justice after the killing of George Floyd in Minneapolis.

Protests erupted nationwide days after Floyd’s death calling for the arrests of all the officers involved after a Memorial Day viral video showed Floyd being pinned down by his neck by then-Minneapolis police officer Derek Chauvin. Floyd, who is repeatedly heard in the video saying he can't breathe and asking for Chauvin to get off his neck, died that day.

D.C. was among cities across the nation who held protests demanding the remaining three officers involved in Floyd's death to be arrested and charged.