From the Boston Tea Party to the civil rights movement, demonstrations have helped shape many of the laws and rights that exist in the United States. 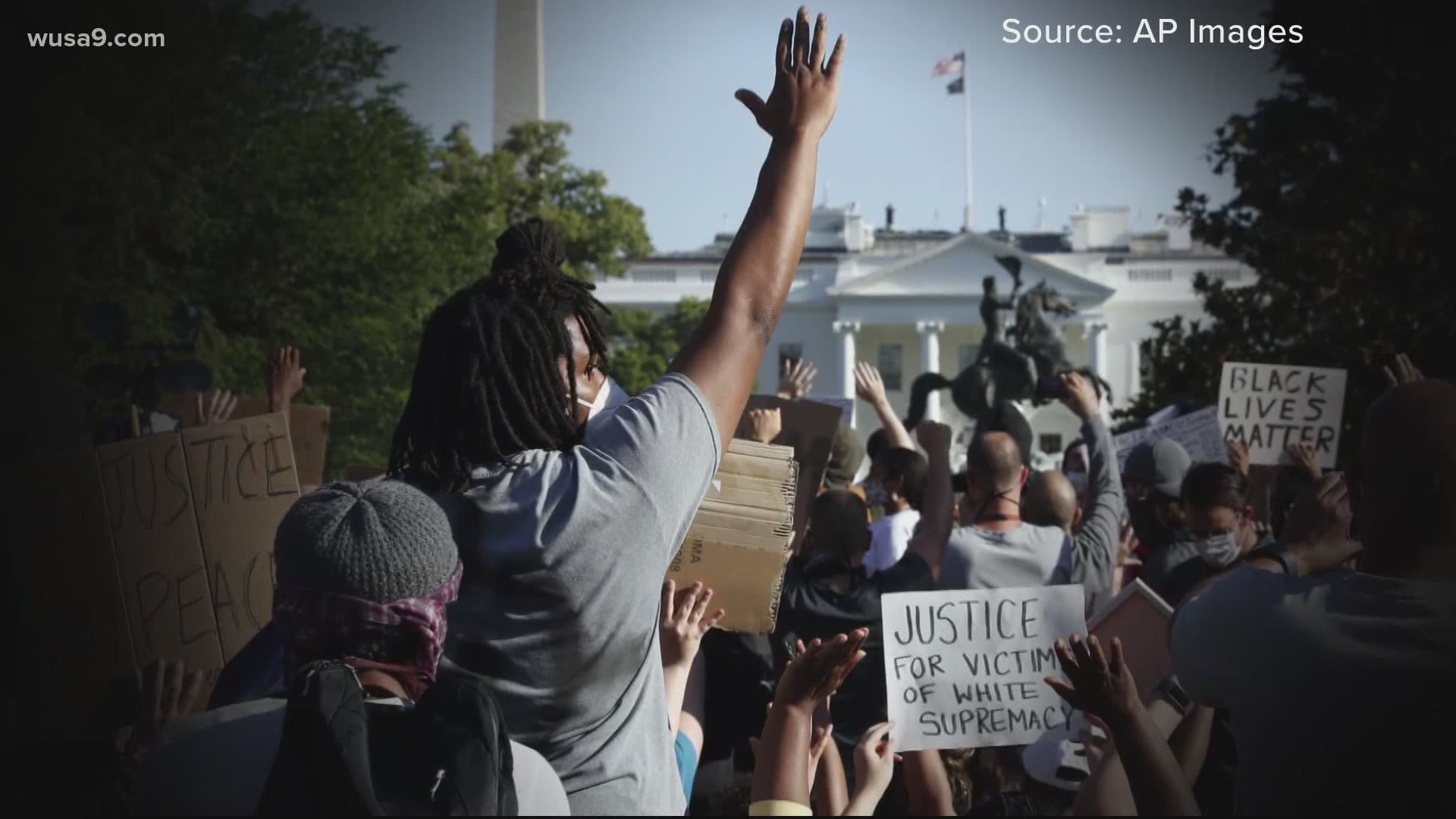 WASHINGTON — From the Boston Tea Party to the civil rights movement, demonstrations have helped shape many of the laws and rights that exist in the nation.

"Our rights as African Americans have been fought for via protest for centuries,” said Dr. Ravi Perry, political science department chair at Howard University.

Protests have been the key to unlocking the doors to many of the freedoms that exist in this country.

"Protest is a part of the American spirit," Perry said. "Protest is also the opportunity that we have to hone our own collective energy in a productive way that expresses our anger nonviolently, and then can shift to a public policy discussion."

Protests have taken many forms throughout history that include sit-ins, rallies, marches and civil disobedience.

IN PERSPECTIVE: Don't forget the reason behind the protests happening across the country #GetUpDC #GeorgeFloyd

IN PERSPECTIVE: Don't forget the reason behind the protests happening across the country #GetUpDC #GeorgeFloyd

The demonstrations have been used to fight for the rights of black people, women and other historically marginalized communities.

Perry explained those protests are the energy needed to fuel the changes people want to happen. He described the passion behind George Floyd protests.

"In this case, I think what the crystalizing agent here was a cop with his knees in the neck of an unarmed black man in the street, in the middle of the day for 8 minutes. That, I think the entire world can see is unjustified," Perry said.

RELATED: Some governors reject President Trump's call to send in military on protesters

Perry told WUSA9 the protests happening for Floyd across the country are important to the process.

He said the next step is for people to begin voting for lawmakers and political leaders who can help make structural changes to end systemic racism.

"We have a lot of things we need to be doing. Voting though, is the most powerful in my opinion because it has the most direct impact for the, or has the potential to have the most impact for the longest amount of time," Perry said.