'We all still are holding on to hope.' | 16-year-old kayaker still missing after second day of search

Louisville Metro Police said they are using all available resources to find him, and partnering with the Coast Guard, as well as law enforcement in Indiana. 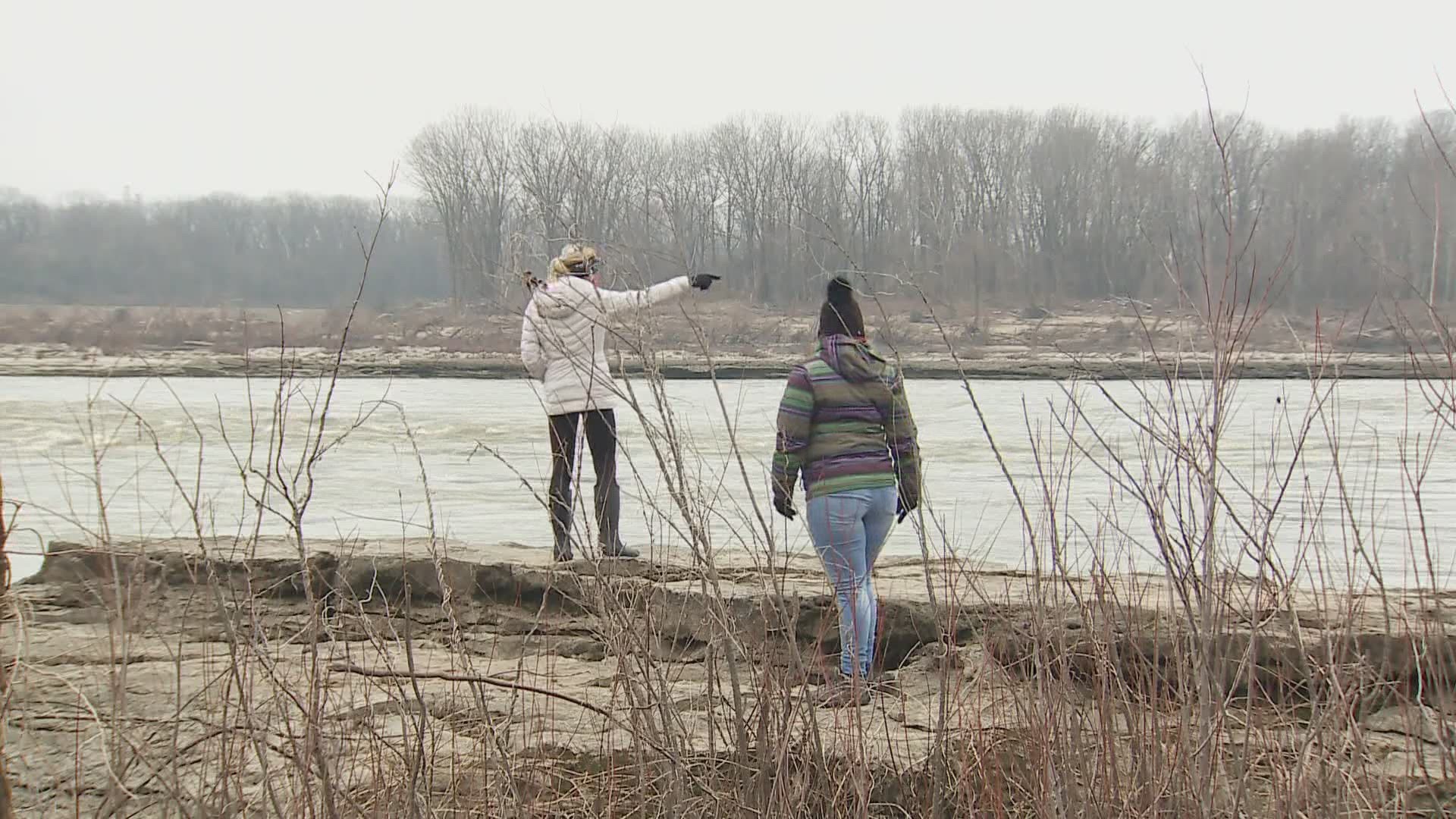 LOUISVILLE, Ky. — On Tuesday morning, search efforts resumed the for 16-year-old Jacob Stover who did not return home after going kayaking on Sunday.

Since Stover’s disappearance, friends, family and strangers have stepped up to help police search.

Louisville Metro Police said they are using all available resources to find him, and partnering with the Coast Guard, as well as law enforcement in Indiana.

“Everyone out here is just trying to show a sense of support for the family,” said Wendy Treinen, a family friend who has helped coordinate search efforts with Stover's father.

According to Stover’s family, he left his home in Prospect to go kayaking on the Ohio River Sunday morning and hasn’t been seen since.

Investigators said Stover took his kayak out on the river near Cox Park and his last cell phone ping was near the Falls of the Ohio.

Over the last two days, dozens of people have combed the river banks and searched by boat. The kayak was found, but there is still no sign of Stover.

Credit: Provided by the family of Jacob N. Stover

"I think as long as the family wants us to be out here and to help them search, we'll be here," Trienen said.

Larry Church, a volunteer who does not know Stover or his family, said he felt called to help look for the teen using his sonar technology.

"It's somebody's kid, and that hits hard," Church said.

Church spent most of his time searching downstream. He said he is familiar with the water and knows where debris is pulled. Using his sonar technology he is able to see the bottom of the river.

Other volunteers gathered near the Falls of the Ohio to search on foot.

"We are walking from here up to the Second Street Bridge and then down to the Sherman Minton and then also around the New Albany amphitheater," Treinen explained.

While they are grateful for the support, the family and LMPD said they are not looking for anymore volunteers due to safety concerns such as the terrain, cold temperatures and strong river current.

“We know that the river is a dangerous area. So, we're really asking people to keep that in mind,” Treinen said. "We have gathered folks that have offered to come and making sure they understand those safety guidelines and they’re checking in and doing it on a buddy system or going on small groups and staying away from the banks as much as possible."

All volunteers were briefed on the safety requirements, have experience and are familiar with the area.

“We understand that despite potential hazardous conditions, individuals may continue the efforts, we strongly urge anyone doing so to wear life jackets and safety vests for visibility," Officer Beth Ruoff said Monday.

The search for Stover will continue Wednesday morning.

"We all still are holding onto hope and that's really all we have at this point," Trienen said.

In a statement, Stover’s family said in part: “We are grieving Jake's disappearance and overwhelmed by the love and support of our community during this crippling sadness.”

Stover was last seen wearing a black winter coat, black winter pants, blue beanie and black boots. He is a white male with brown hair and brown eyes, weighing around 140-pounds and standing at 5-feet-9-inches tall.

Anyone with information about Stover’s disappearance is asked to call police at 574-LMPD.

RELATED: Search continues for 16-year-old who did not return home from kayaking