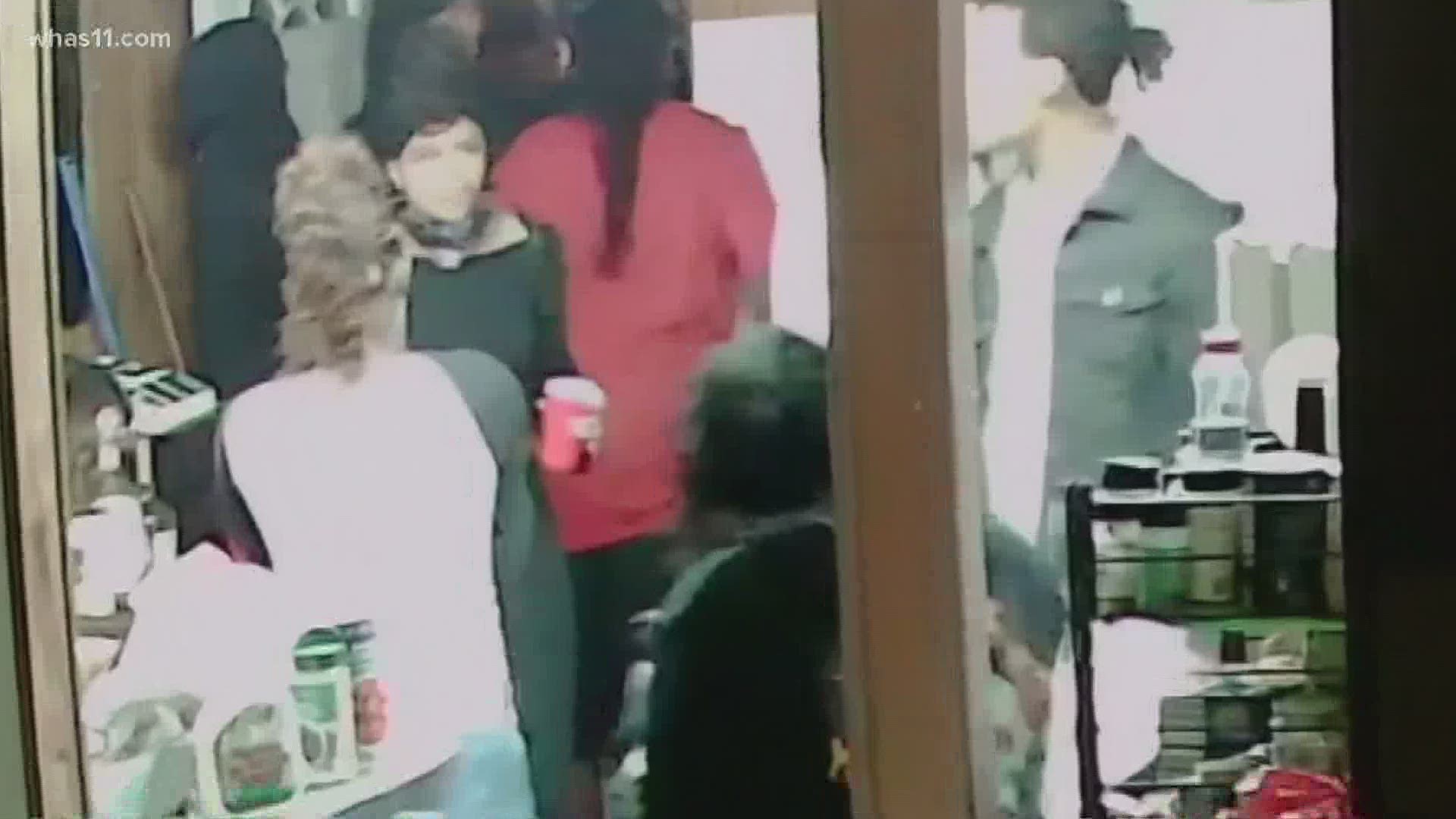 LOUISVILLE, Ky. — At the intersection of 26th and Broadway, there are security cameras on at least three of the four corners, and they each could have recorded what really happened early Monday morning.

While releasing video from only two angles Tuesday, Louisville Metro Police claimed David McAtee, 53, shot at them first when they, along with the National Guard, approached McAtee’s barbecue business, which is also his home.

However, neither angle definitively shows McAtee fired his gun, even though it appears he did reach for his sidearm from inside, went to the doorway, and then raised his arm into the air.

There are more security cameras at Dino’s Food Mart across the street, a city street camera on the other side of Broadway, and a camera right above the doorway where McAtee got shot one time and mortally wounded.

This begs the question, how could there not be any more video?

“We may find additional videos at other businesses, we do not know at this time,” Acting Police Chief Col. Robert Schroeder said Wednesday.

Mayor Greg Fischer added, “If more video becomes available, certainly that would be shared with the public as well.”

Meanwhile, McAtee’s nephew, Marvin, watched the video police released for the very first time with FOCUS. He said they were inconclusive, feeling certain there are better videos out there.

“They took all my footage out, they ain’t releasing mine,” Marvin McAtee said. “Whatever they trying to do that’s they defense, everybody know my uncle around here, his passion and love.”

Marvin said his uncle was always the cooler head.

“It wouldn’t have came from him to do nothing stupid like that, you feel me, there’s no logic for him to do it."