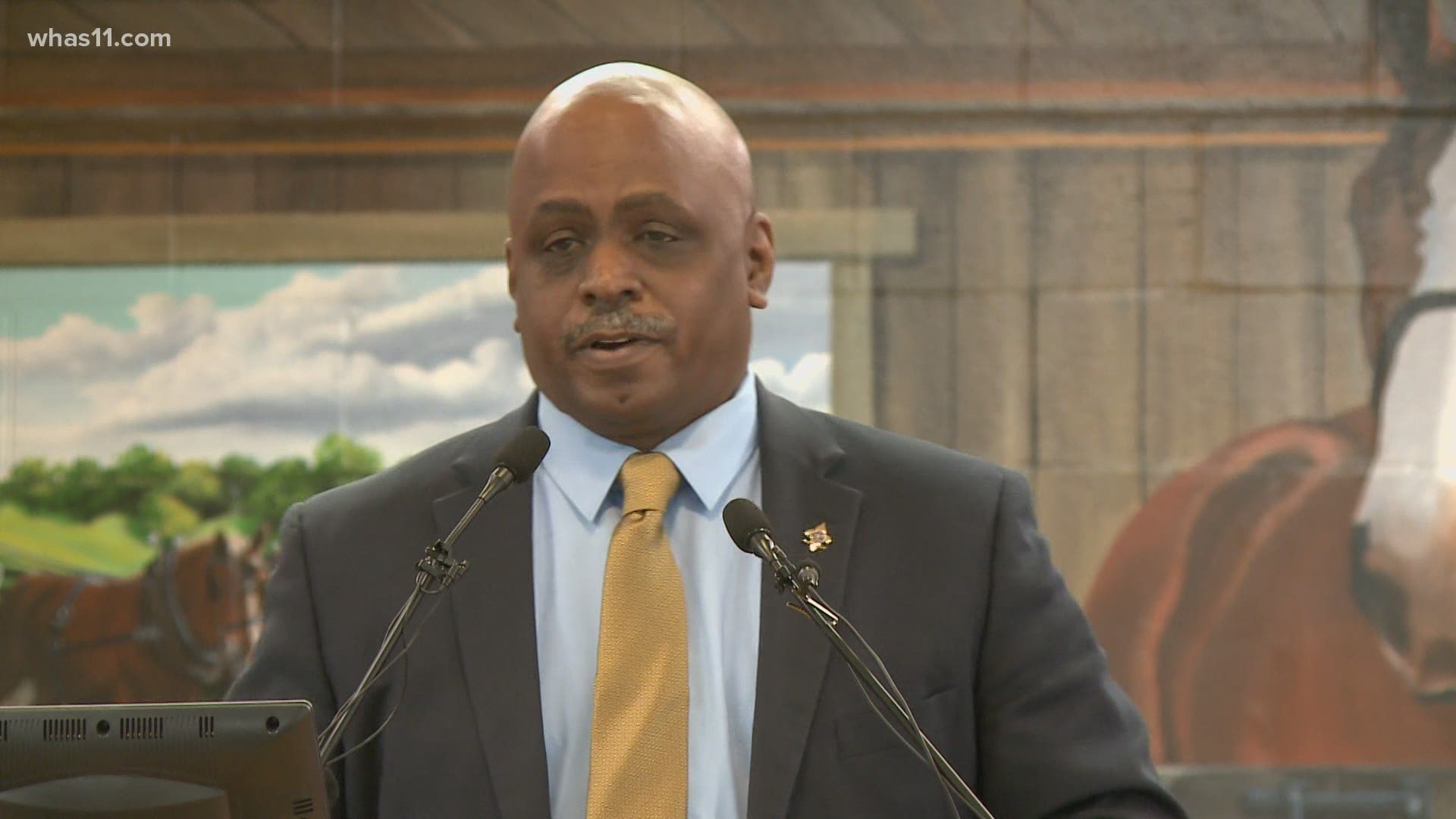 “Today I am proud to announce my candidacy for mayor of the city of Louisville," said James. "This is my home. I don’t have any other allegiance but this city. I hope to gain a better city from this, a safer city from this.”

James, a Democrat has, spent more than 10 years representing Louisville's sixth district — which includes the California and Old Louisville neighborhoods.

"I want to tell you that I'm going to listen to every single person, everybody, just as I do now," he said. "And we'll tackle the things we have to tackle together."

"He owns up to his mistake," State Sen. David Yates, a former Metro councilman, said. "He learns from them and he says, 'I was wrong. This is how I'll fix it. Let's do it together.' And that's what we need in Louisville today."

In that time, James has questioned the Fischer administration's response to multiple controversies involving the Louisville Metro Police Department.

"There is frustrations with the level of transparency the mayor has provided throughout all different sorts of things within our community," James said amid calls for a vote of no-confidence in Mayor Fischer.

A former officer who previously served as president of the Louisville Fraternal Order of Police, James was also outspoken in his concerns over former Chief Steve Conrad following the Explorer Program sex scandal and Breonna Taylor investigation.

In the press conference, James called upon getting the community involved with police transparency and lowering the crime rate in Louisville.

"We have to be deliberate, we have to be intentional in how lift up our city," said James. "We are one Louisville."

James was also instrumental in picking the city's newest police chief following months of unrest and calls for racial justice and police reform amid the Breonna Taylor investigation.

Serving on the selection committee, James said former Atlanta chief Erika Shield was the "unanimous choice" despite concerns from community members and the police union. When asked whether he would keep Shields if he were elected, he said it was still too early to tell and that likely everyone serving in leadership positions in Metro government would need to reapply.

James spoke on his experience of being a police officer noting that police have to be accountable and called the job, "the most important in the city." He said the current administration has not held police accountable.

Community organizer Shameka Parrish-Wright announced her candidacy earlier this month. Best known for her work with the Louisville Bail Project and Kentucky Alliance Against Racism and Political Repression, Parrish-Wright was a prominent figure in protests for racial equality following the death of Breonna Taylor.