Cornett, 60, said she grew up without knowing her father. Her mother, who died a few years earlier, did not offer any clues, taking that secret to her grave. 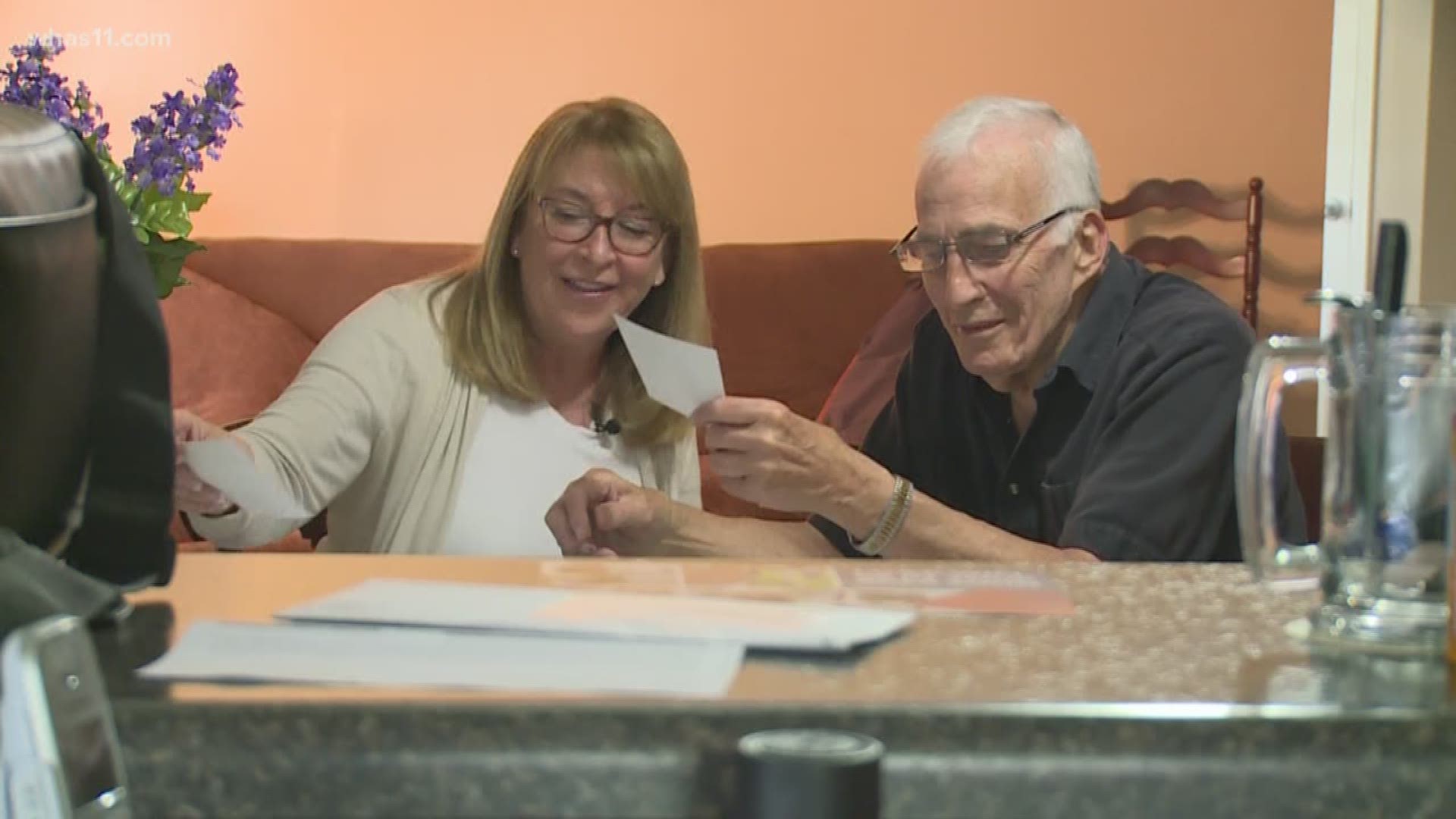 LOUISVILLE, Ky. (WHAS11) -- It may not be unusual to see a father and daughter sitting at a kitchen table together poring over old photos, but for Guy Sullivan and Tammy Cornett who met in Sullivan's kitchen Wednesday morning, this is the first time they have shared this experience.

That's because up until a few weeks ago, the two did not know each other existed.

Cornett, 60, said she grew up without knowing her father. Her mother, who died a few years earlier, did not offer any clues, taking that secret to her grave.

"Even about three weeks before she passed away, I asked her if she was ever going to tell me about my father, and she kind of looked out the window like she didn't hear me," Cornett said.

Cornett said she has been looking for her father for more than four decades. She signed up for Ancestry.com two years ago, hoping to find answers. She said she found many distant cousins but did not find anything that would lead her to her father.

But while Cornett continued searching for answers on Ancestry.com, a woman who claimed she was Cornett's first cousin found her and reached out over Facebook. That conversation eventually led to an introduction to Sullivan.

"When they told me about her mother, I said, 'Well it has to be mine because I knew her mother,'" he said.

Sullivan said he went on a few dates with Cornett's mother in the '50s when the two worked at a hospital in Middletown, Ohio, where he worked in construction and she worked as a nurse. Sullivan would eventually move back to Louisville. Cornett would be born in Middletown.

"She was seven years older than me," Sullivan said of Cornett's mother. "I was 20 and she was 27. That's probably why she didn't want to claim me."

Sullivan and Cornett finally met for the first time three weeks ago. Sullivan said he knew at once she was his daughter, but Cornett needed to make sure. The two took a paternity test, which confirmed their relation.

"So I've got a daughter I didn't know I had," Sullivan added.

Sullivan and Cornett talk on the phone almost every day to make up for lost time - 60 years worth. Cornett also brought a stack of photographs on her visit Wednesday, including a wallet print of a young Sullivan that she found in her mother's possessions.

"My mom had carried this around since 1957 and never told me that was my father," she said.

Now she said it's her turn to carry that picture around as a reminder of what she has now found after her long search - her father.