Darnell "Super Chef" Furguson is collecting accolades all across the country representing Louisville. 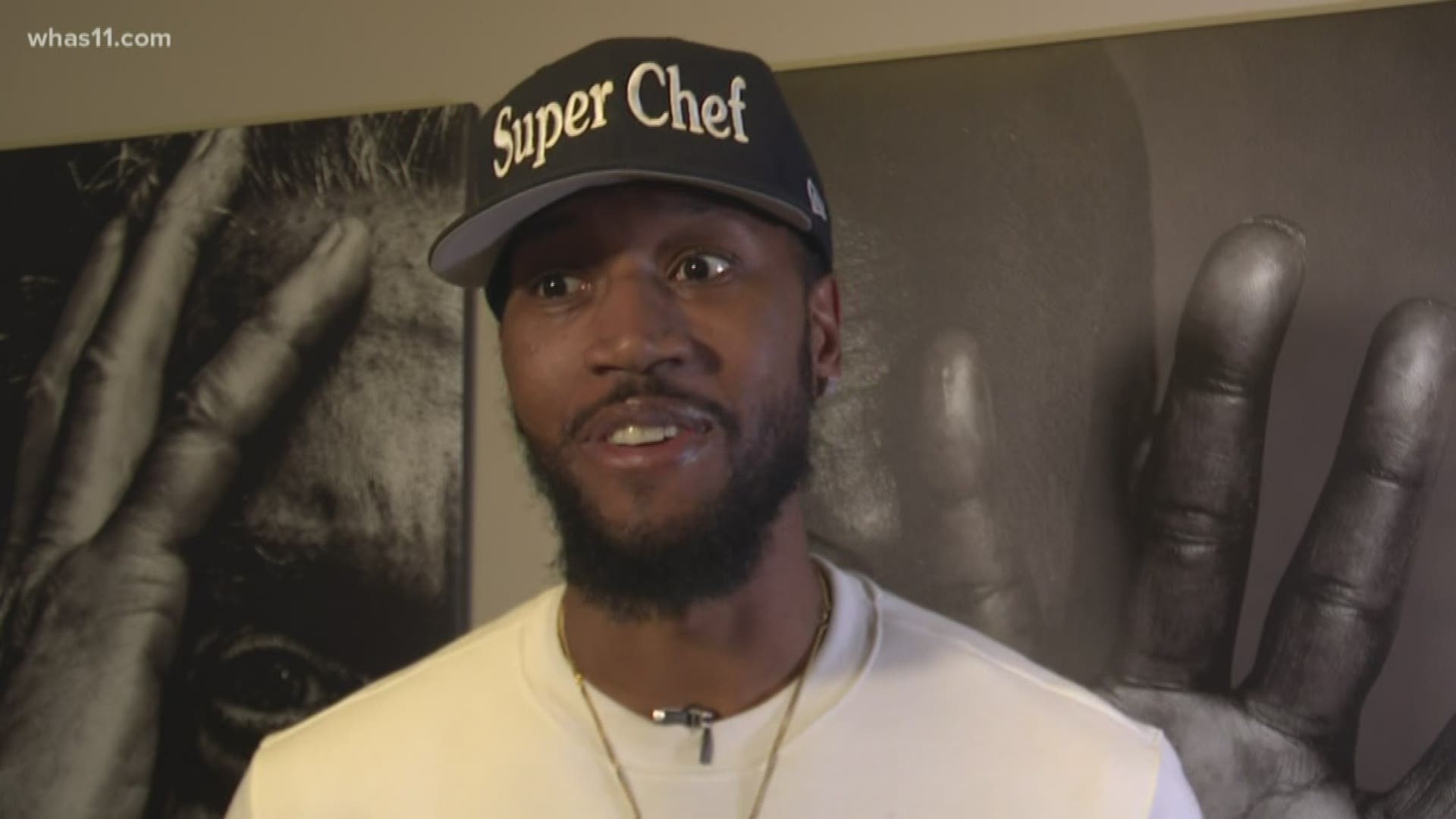 LOUISVILLE, Ky. — For as young as he is, Darnell Furguson, the owner of SuperChefs is making major strides in his career. Ferguson was recognized Thursday at Metro Council, during the 18TH Annual Black History Month Ceremony.

He's also coming to a TV near you, on the Food Network Channel competing for a top prize on Guy Fieri’s Tournament of Champions.

Darnell Super Chef Furguson, which is his new legally changed name, is collecting accolades all across the country representing Louisville, his cooking and now young children in our community.

His humble beginnings are slowly churning into national recognition that includes the Rachael Ray Show, throwing it down with Bobby Flay and beating him, The Ultimate Thanksgiving Challenge, just to name a few.

Ferguson said, “Nerves are at an all-time high it was different for me I’ve been on food network but I’ve never been with the best of the Food Network.”

He loves his hometown and the slice of history he and the young African American youth bring to the table.

Competing not only for a title but also for the listening ear from his community.

Darnell is using his passion and talent to mold the future in his new comic book 'Becoming Super.'

Here's where you can pre-order a copy of his new comic .

SuperChefs
It was an honor to recieve this award today for what we do in the co... mmunity, it was a special feeling and I'm thankful to be chosen @cbrandoningram .. I hope to always represent in the best way possible and give all my talent and gifts to its people!!

RELATED: Louisville restaurant has one of the 'greatest' breakfasts in the U.S.