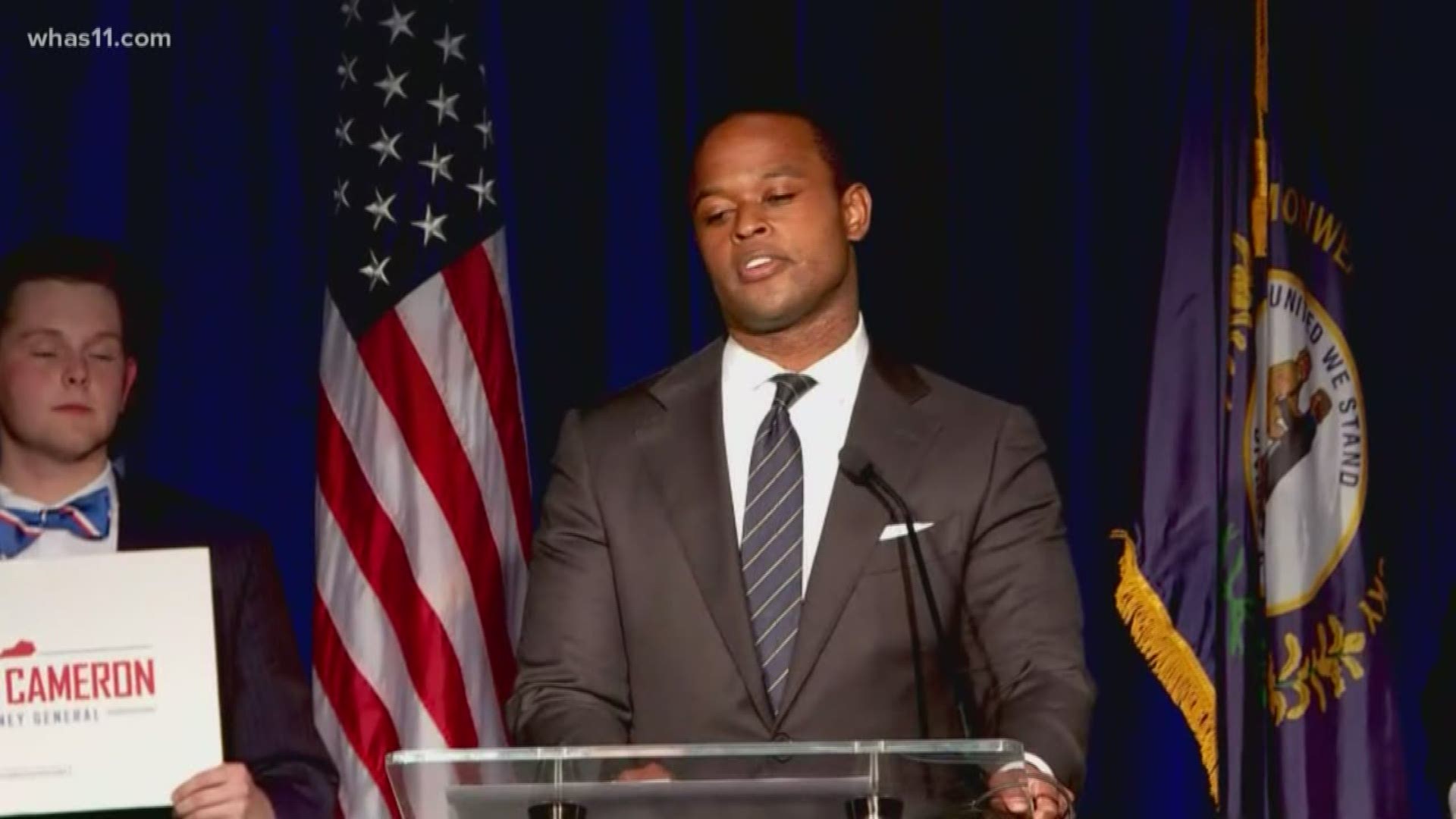 President Donald Trump called Cameron a "new star" in the Republican Party, saying he had his "full and complete endorsement."

"Although we have a governor's race that is too close to call, Republicans have much to celebrate tonight. A complete sweep of Constitutional offices with the Attorney General, Auditor, Commissioner of Agriculture, Secretary of State, and Treasurer is an amazing sign of strength for Republican governance in Kentucky. I'm particularly proud of the historic election of Daniel Cameron, who will become the first African American Attorney General of Kentucky. I want to thank President Trump for his efforts to ensure all of these incredible candidates won their elections this evening."

A Louisville man recently sued to remove Cameron from the ballot, arguing that he did not have the credentials to run for office, however a judge ruled he could stay on the ballot.

Kentucky attorney general candidate Daniel Cameron said, if elected, he would make Kentucky’s unsolved cases, like the ones in Bardstown, a priority.

Cameron said he met Jason Ellis' widow, Amy Ellis, years ago and would work closely with local law enforcement, the FBI and our U.S. attorney to find answers.