While Medina Spirit may be the most recent horse to have its title revoked, it's not the first. Similarities between the two may surprise you. 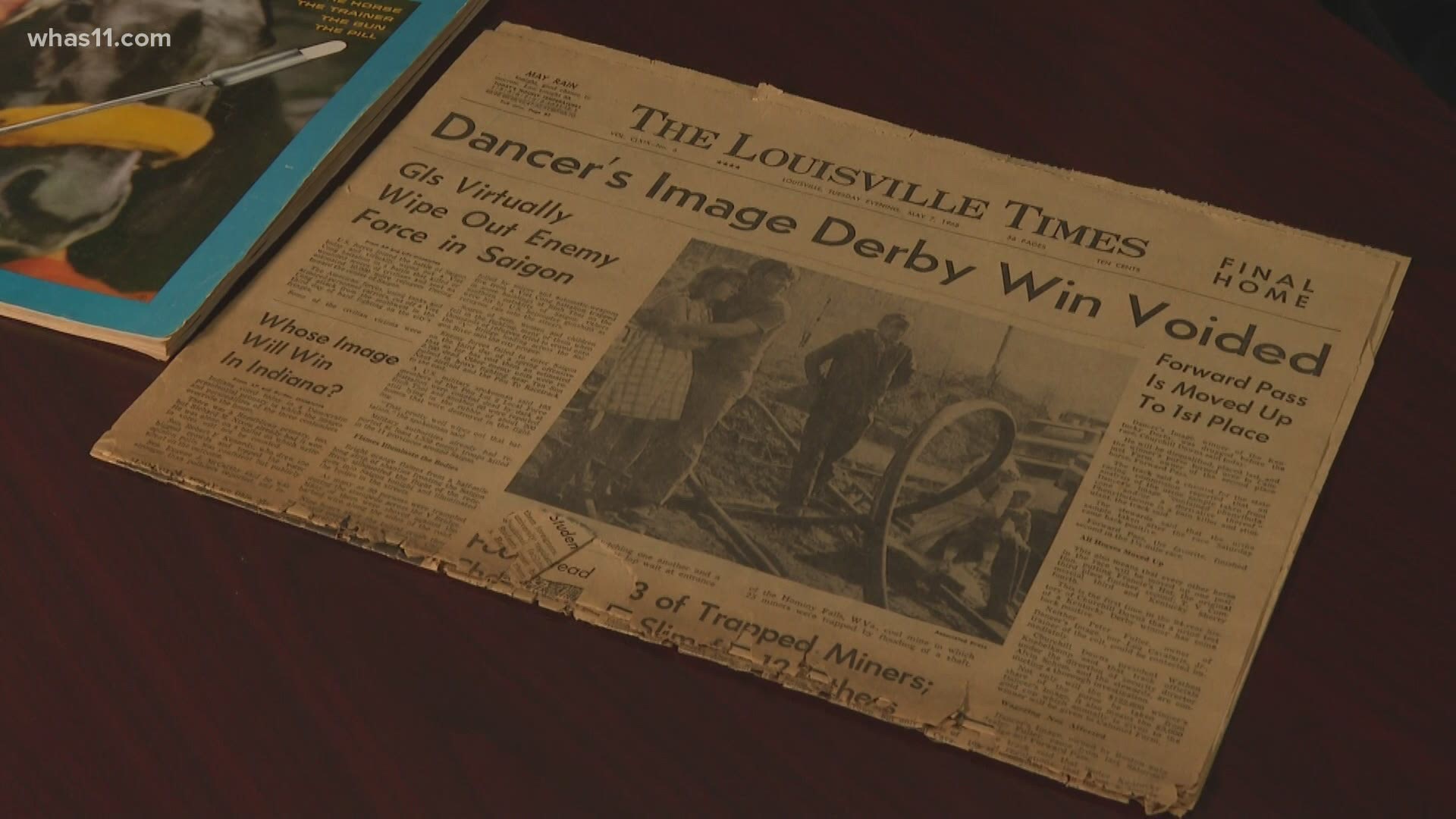 LOUISVILLE, Ky. — On a backdrop of the Vietnam war, social unrest, and the assassination of Martin Luther King Junior, a new scandal entered 1968 headlines.

Dancer's image, the horse that won the Kentucky Derby, failed its drug test.

Abby Fuller was there, from excitement in the Winner's Circle to a years-long legal battle that her father held onto until his death.

Peter Fuller owned Dancer's Image and insisted that the Churchill Downs stewards were wrong to disqualify the horse.

His daughter still refers to it as, "a bonafide horse racing mystery."

Fuller had recently donated a sizeable purse to the grieving Coretta Scott King.

"Believe it or not he was heavily criticized for that in racing circles," equine law expert Bob Heleringer explained. "He was told to his face, 'you're mixing politics with racing.'"

Foul play was never proven but Fuller did argue to the commission and then the state courts that the test results were inaccurate.

Dancer's Image and Medina Spirit were both disqualified after testing positive for anti-inflammatory Drugs. Fuller's horse had Phenylbutazone in its system while Medina Spirit had betamethasone. Both were allowed by the commission, but not on race day.

Fuller and Baffert both deny responsibility for their horses' test results.

Dancer's Image actually paved the way for some processes that will now be used for Medina Spirit.

One example, split-sample testing, allows for the comparison of separate test results.

The process of deciding and appealing the winner's disqualification remains the same.

In 1968, Churchill Downs stewards held a hearing and then decided to suspend the trainers, disqualify Dancer's Image, and take away the purse.

Fuller appealed to the full racing commission which then upheld the stewards' decision.

Then, Fuller brought the case to the Franklin Circuit Court, where a judge sided in his favor.

The commission appealed that decision and a judge sided in their favor, returning Dancer's Image to the last place in the 1968 Kentucky Derby.

At that time, the State Supreme Court did not exist. However, justices would now be able to take up a similar case.

Could Kentucky vs. Baffert take a similar path? The world of racing is now watching.