Kentucky State Police was notified of a fatal hunting incident shortly before 8 a.m. Saturday near Bardstown. 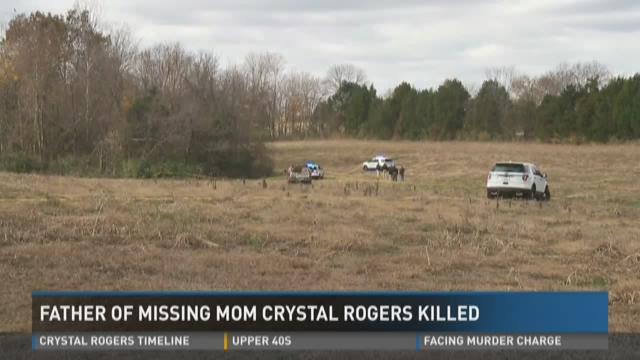 Kentucky State Police are currently classifying it as a death investigation.

“To rule it as anything else right now would be irresponsible," Kentucky State Police Trooper Jeff Gregory said.

KSP received reports shortly before 8:00 a.m. Saturday about the incident occurring on Ed Brent Road near Pottershop Road near Bardstown.

KSP couldn't give many details about the location where the shooting happened, but a family friend said Ballard and another man have owned that property for the last six to seven years.

KSP confirmed Ballard was hunting with a juvenile, but couldn't say how old the juvenile is or the juvenile's relationship to Ballard.

It's not clear what kind of gun the bullet came from that killed Ballard.

“I don’t know all of the information as far as a perpetrator or who would’ve fired the shot is, but that will be something else we’re working on," Gregory said.

KSP spent all day Saturday at the scene investigating. The Nelson County Sheriff's Department called the agency to help. The Kentucky Division of Fish and Wildlife is also assisting.

Investigators could be seen taking pictures along the side of the Bluegrass Parkway, as well. The field where Ballard was shot sits just behind it next to a wooded area.

KSP couldn't confirm if Ballard was wearing orange or camouflage when he was shot. Trooper Gregory said the spot where it happened is actually popular for hunting this time of year.

“Right there by the Bluegrass Parkway is a very wooded area through a lot of that stretch. There are lots of people that hunt through there," Gregory said.

It's not clear if Ballard had just started his day, but Trooper Gregory said it could be very possible.

“Based on my own hunting experience, that early in the morning, that sounds to me like somebody that was going to the their location to hunt, but obviously I don’t know that for sure, and that’s something they’re looking into as well," Gregory said.

Dozens and dozens of cars could be seen parked along the property throughout the day. Many of them had stickers asking for information connected to Crystal Rogers' disappearance. KSP couldn't comment on whether or not that could be connected to Ballard's death.

"I’m sure that’s what people have on their mind, but we have no way right now to link any of that together," Gregory said.

When asked if the community should be worried or concerned, Gregory said there isn't any kind of threat to the public right now,.

“At this time, not that I’m aware of, but we’ll see where the investigation goes and how it plays out," Gregory said.

Gregory said he knows Nelson County has had to deal with far too many tragedies over the last several years, and he wanted to reassure the community law enforcement is doing everything in its power to help ease their pain.

“I know there’s been some bad incidents over in Nelson County, and they’ve had a rough couple three years. We ask them not to lose faith in us and let us do our job and let things play out and not get the rumor mill started and have faith in what we’re out there doing everything we can to get the job done," Gregory said. “My message to them is that we have some very highly trained and skilled investigators from several agencies that will be looking into it. They know what they’re doing. They’ve done this a long time. It’s tragic. We have a couple other open homicide cases in Nelson County that we have absolutely worked our tails off on, and we feel for that community, definitely for the Ballard family. We’re going to do our best. We have excellent people working on it, and hopefully we can bring some closure on all of those cases and this one as well, whatever it turns out to be. We feel it, and we want to get some things settled over there and calm the community down somewhat if we can.”

As for the Ballard family, Gregory urged the community to continue supporting them through this very difficult time.

“They’re a great family. From everything that I’ve been told, I’m sure they have plenty of friends and different people out there helping them and anything they need from us, obviously we will help them in any way we can," Gregory said. “Just have faith, say your prayers for this family. They’ve been through a lot, and we’re going to get out there and work as hard as we can to figure out what happened.”

WHAS11 talked to several people in downtown Bardstown Saturday afternoon who all said they are just heartbroken by the news of Ballard's death. Even if they didn't know him or the family very well, they are all too familiar with the tragedies they've already had to endure through the years.

“I woke up this morning, and it was the first thing I saw. The more I saw it, I looked at the credible resources where it was coming from, and my heart just stopped and broke," Paula Travis said. “I thought I was having a bad day until I saw that. It’s very unfortunate that they’ve been through enough. It’s enough. We love them, and we care about them and what can we do but pray for them. Everybody knows somebody, and so hopefully somebody knows something and somebody will come forward. Right now, those poor kids and Sherry just need all of our prayers and all of our support. We love you. We’re praying for you. We will never forget ever.”

“Oh, it’s so sad. I know everybody in Bardstown is just heartbroken. I can’t imagine having that much sadness in your family. You know his sister, his daughter, and now him. I don’t know how his family is going to make it through it," Kim Humkey said. “It’s tragic either way, but I hope that somebody finds out exactly what happened and that if it isn’t an accident, they find out who did it. Their family is in my thoughts and prayers, and I’m hoping that they will get justice for their daughter at least and justice for their dad if it isn’t an accident. I know everybody in Bardstown will be praying for them and thinking about them and wanting to do something to comfort them.”

The Nelson County Coroner confirms Ballard's autopsy is scheduled for today in Louisville at the medical examiner's office. The coroner says he typically asks for outside assistance when the cause of death is unclear. Funeral arrangements are pending.

KSP said it hopes to have another update for the media and the public in the near future, but couldn't speak to when that would come. It expects to have investigators on the scene well into the evening.