Perfect weather brings out community to Highlands to celebrate CycLOUvia

The event, which promotes healthy living, gave the community a chance to reconnect with the outdoors and small businesses while improving their health. 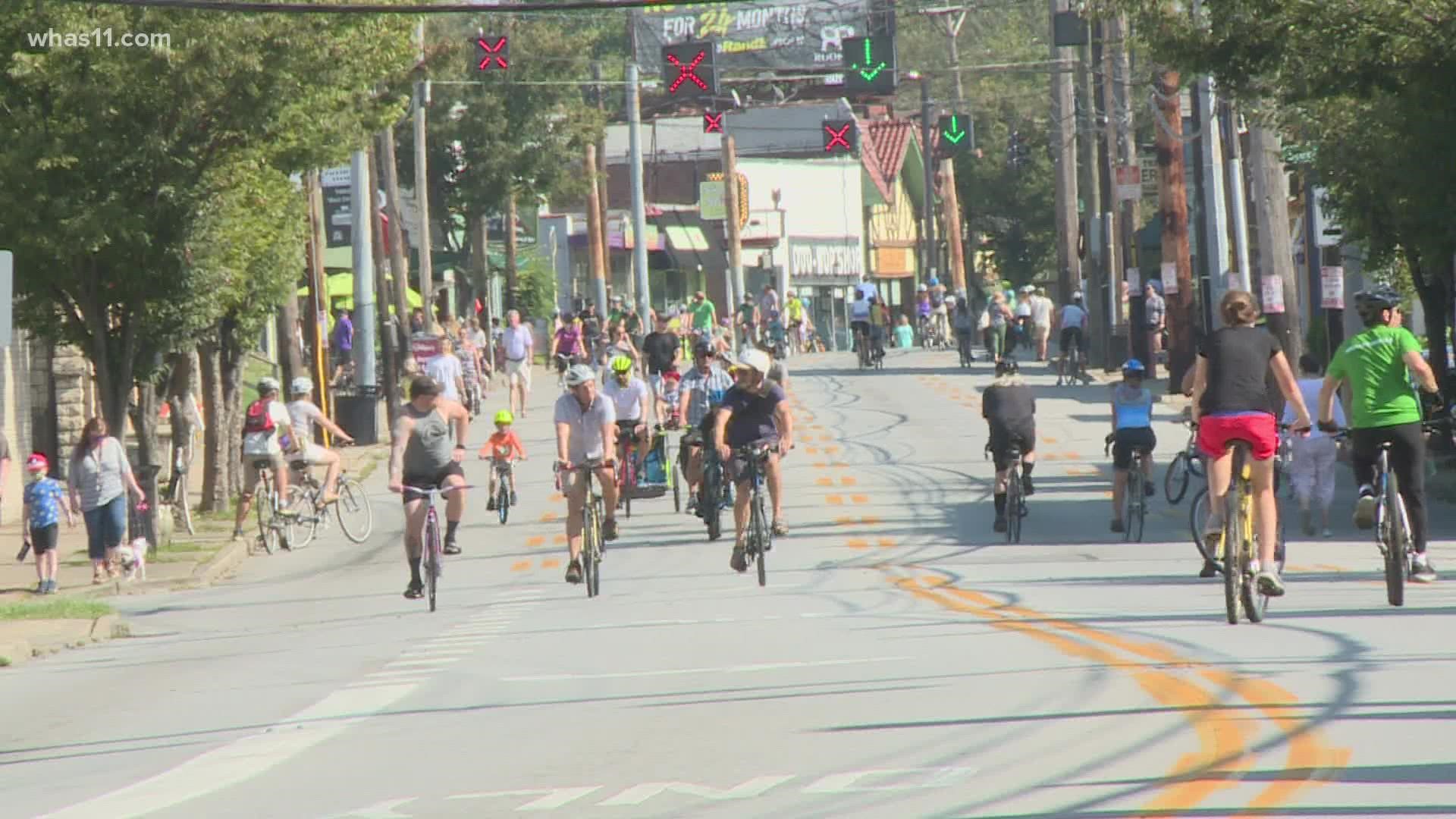 LOUISVILLE, Ky. — It was a hot, yet perfect day for everyone to get out and improve their mental, physical and emotional health.

Parts of Bardstown Road were closed on Sunday for CycLOUvia, where residents had their chance to ride a bike or take a walk in the Highlands.

For many, it was a chance to reconnect with the outdoors while supporting the community.

CycLOUvia is named after retired Councilmember Tom Owen, an avid biker himself. He said it’s more than just getting active, it’s about coming together.

It’s something resident Maria Bell wanted her grandchildren to experience.

“People lost touch. They lost being with each other. They lost being outdoors and I personally hate to be indoors,” she explained. When I’m done doing whatever in the house, I am ready to walk outside – so it’s beautiful, it’s wonderful.”

Bell said she hopes other neighborhoods in the city adopt something similar.