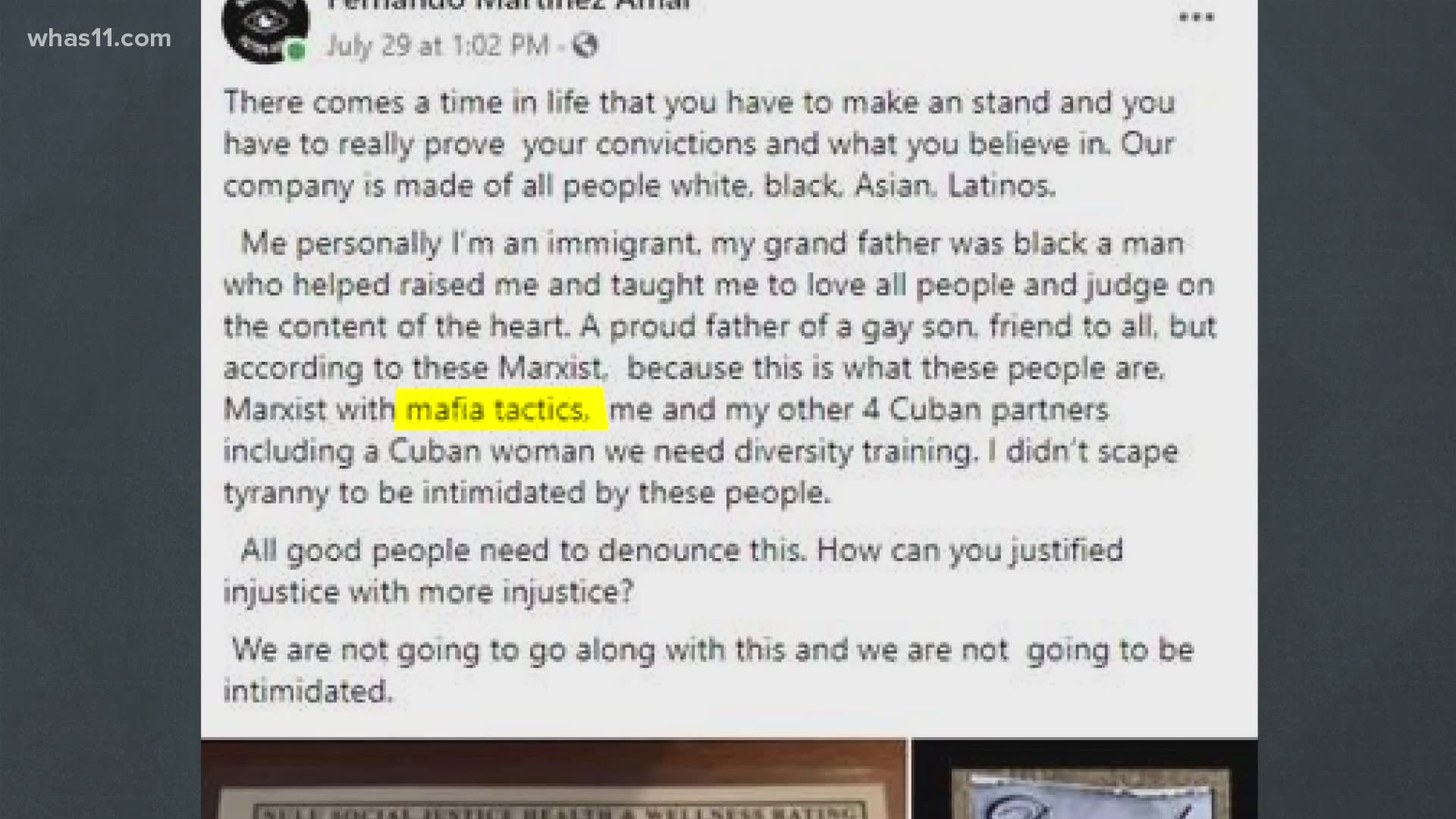 LOUISVILLE, Ky. — Members of Louisville's Cuban community rallied together Sunday in support of an immigrant-owned business in NuLu.

The owner of La Bodeguita de Mima, Fernando Martinez, came under fire recently after he publicly spoke out against a list of demands Black Lives Matter protesters gave to NuLu business owners.

"It doesn't matter the color of your skin, your sexual preference. My son is gay and I am proud of him. For people to call me a bigot, a racist, it's not right, it's not fair," Martinez said to the crowd of ralliers on the steps of his restaurant.

Others outside of the Cuban community also joined him at his restaurant  Sunday, saying they wanted to also speak out in support.

"We need to stand together and fight against anyone who's trying to extort people who's just trying to make a way in this country," MeShorn T Daniels, founder of God's Lives Matter, said.

The rally comes as the restaurant owner faced criticism for publicly calling the actions of protesters "mafia tactics" used to intimidate business owners.

Supporters of Martinez said they also want to see increased diversity in NuLu, but wish the protesters would have gone about their demands differently.

"It's just unethical and that's not how you handle business. If you want help from someone, there's a way of going about it, being diplomatic about it. But you don't threaten anybody," Ahamara Brewster, leader of the Revolutionary Black Panther Party said.

While counter protesters weren't at Sunday's rally, the restaurant says it's faced "vandalism" and "extortion" in recent days since Martinez spoke out.

"You're attacking a brown black establishment in the name of Black Lives Matter? Wait a minute, something is weird about that," Brewster said.
Martinez, also condemning socialism in his speech to ralliers Sunday, said he loves freedom and the United States. He said his business isn't racist.