'Homeland and Life': Hundreds rally in support of protest movement in Cuba

Louisville activists rallying in support of the ‘Free Cuba’ movement say they don't want to be associated with the truck crash incident at Metro Corrections. 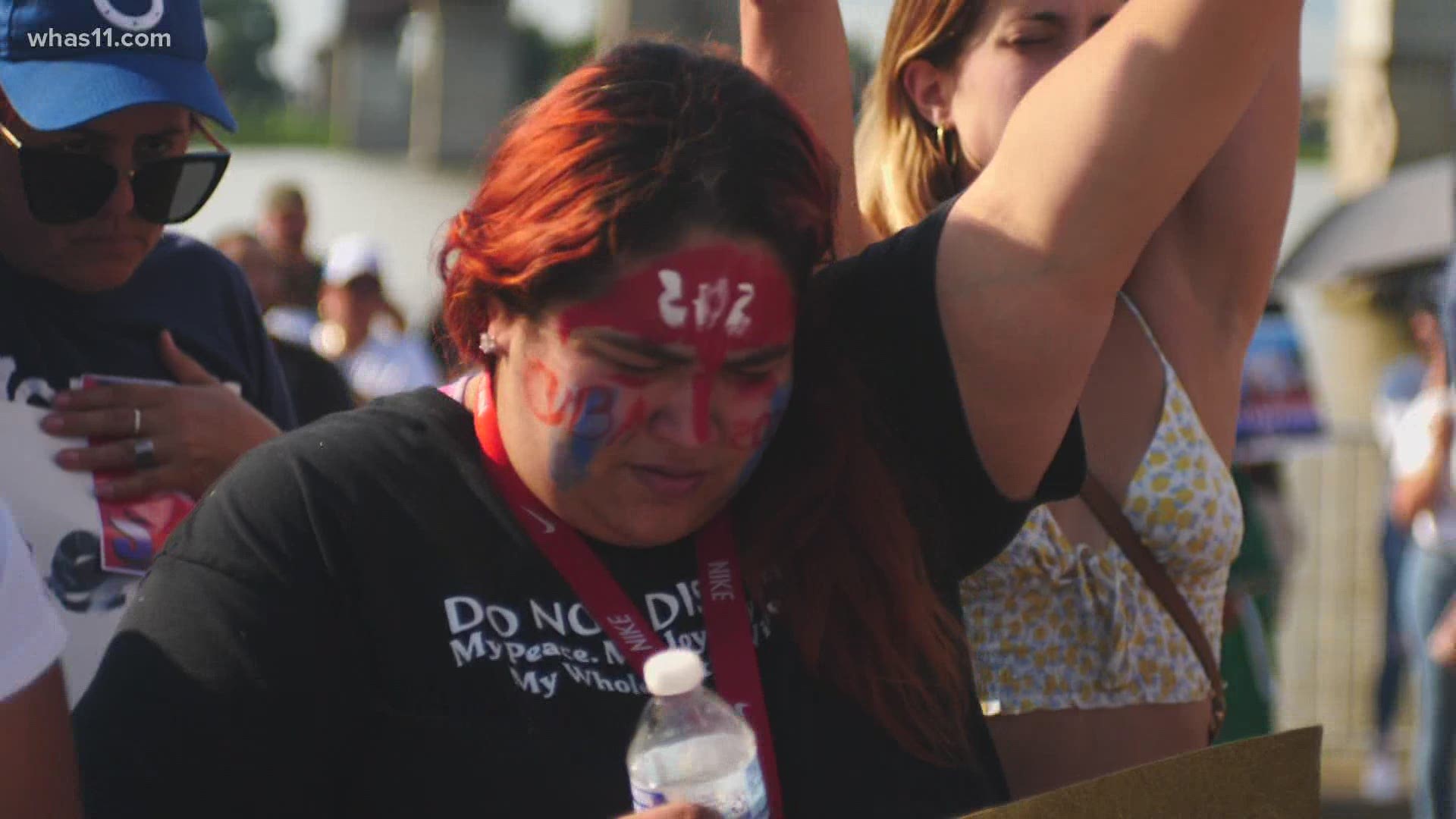 LOUISVILLE, Ky. — Many Louisville activists showing support for the ‘Free Cuba’ movement told us they didn’t want their Tuesday rally to be associated with the truck that crashed into the Metro Department of Corrections early Tuesday afternoon.

It’s an incident our crew had followed all afternoon. Local witnesses saw writing on the side of the car reading, ‘Patria y Vida.'

“A rough translation means 'Homeland and Life,'” said Maxwell Mitchell, a local resident who came to the scene to see the aftermath.

Those two words have become a rallying cry for change within the Cuban community.

But as far as the one truck, and one action, members of the Cuban American Association of Kentucky and El Kentubano -- a Latin community publication in Kentucky -- say they refuse to let this crash be associated with their movement.

"One thing I can say is that Cubans, we are people who follow the law. And until we know exactly what happened, we cannot speak on that [incident],” said Geinis Torres, who attended a rally of hundreds of protesters right by the Big Four Bridge to show support for those protesting in Cuba and other areas around the U.S.

Questions remain unanswered on why a man drove his car into Louisville Metro Corrections Tuesday afternoon.

Cubans and Cuban Americans in Louisville say while they're not sure about the connection, this rally of hundreds by the river was it's own separate, peaceful plan.

Just a few hours after the crash, and a just few miles from downtown, we saw yet another community remember their roots – in some cases chanting and even crying.

"We are here to stand with our people because our people are suffering,” Torres said. “They want freedom. They do not have the resources to fight back, and it's been over 60 years."

Hundreds in Louisville showed support for families in Cuba protesting against the current communist regime. They’ve been some of the biggest demonstrations in decades.

Tuesday's organizers tell us this was the largest event they've seen in Louisville, beating out nearly 900 people who showed up to Shively Park this past weekend.

“COVID was the last drop of the issue, but it's been the same situation for 62 years,” said Berta Weyenberg, President of the Cuban American Association of Kentucky.

We asked: What is it about the present moment that’s bringing all this momentum right now?

“We need this to end. We need to be able to go back to our roots. We need to show our kids where we came from,” Torres said.

They say there's no better time, but the manner in which they make their voices heard is the key. They say not in a violent way, but one that pushes those in Washington to take notice.

Organizers say the next rally isn’t planned yet, but they will continue until they see a shift in action from the Cuban government and how it’s treating its people.