'No one should be judged on their hair': Louisville Metro Council working on CROWN Act ordinance to ban hair discrimination

Only 12 states have passed the CROWN Act, but Kentucky is not one of them. Louisville Metro Council is working on a new ordinance to lead by example. 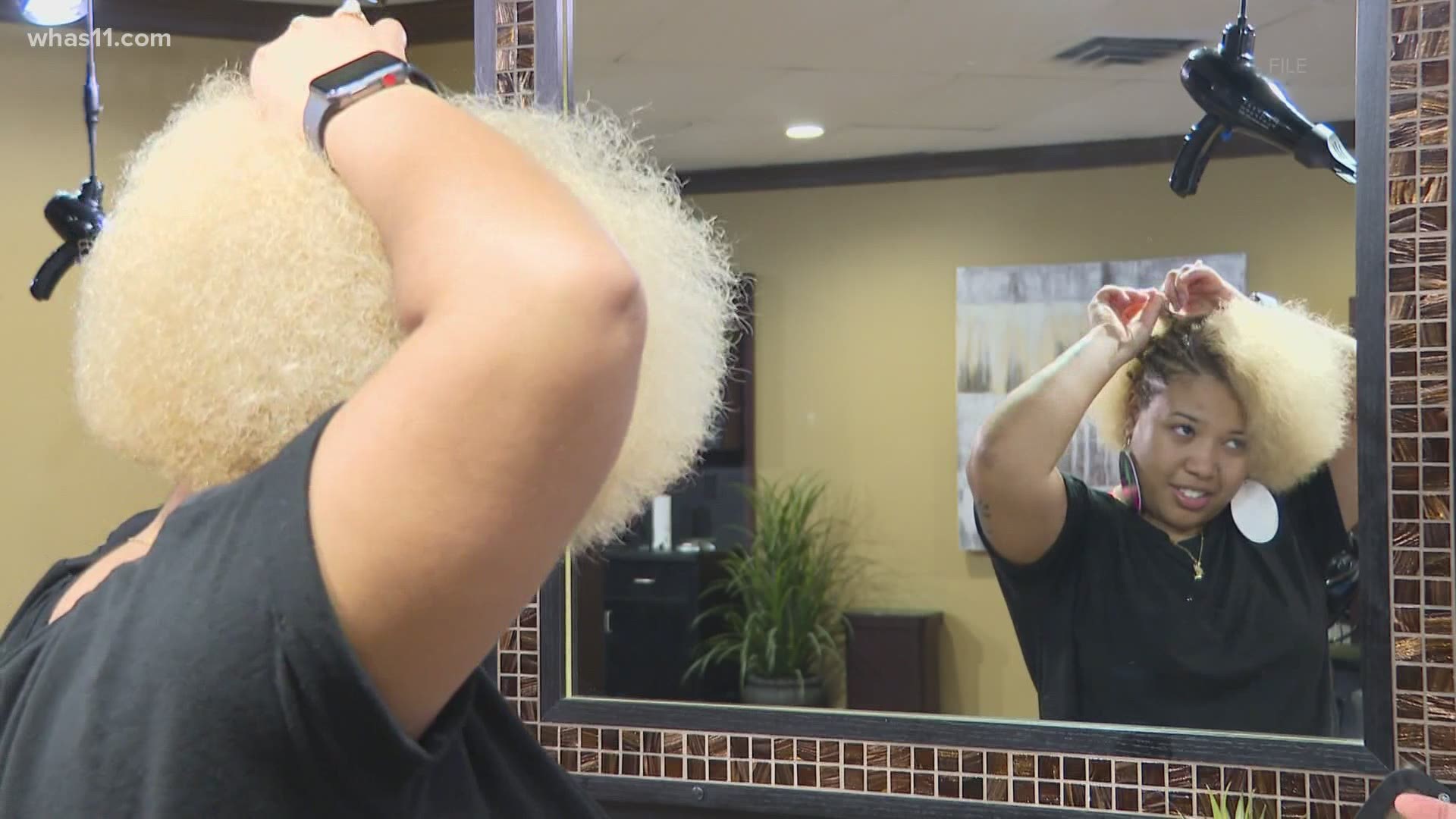 LOUISVILLE, Ky. — The CROWN Act, which stands for "Creating a Respectful and Open World for Natural Hair," is a law that bans race-based hair discrimination in the workplace and schools.

Only 12 states have passed the law thus far, but Kentucky is not one of them.

Louisville Metro Council is working on a new ordinance to lead the way.

In 2019, California was the first state to pass the law.

The group recently created a music video to raise awareness about the CROWN Act. It's garnered more than 5,000 views on YouTube.

"We're a social justice group and we mainly focus on changing policies so our world can be a better world," Robinson said.

The group rallied in Frankfort in March to push for passage statewide. Robinson and McMillian recently approached Louisville Metro Councilmember Jecorey Arthur of District 4 asking for his help pass the law locally.

"I still love [my hair], it's beautiful like it gives you life! Your hair gives you life," 11-year-old and member of 'The Young Prodigys' D'Angelia McMillan said. "People in our city and our state everybody keeps judging by hair and what our skin color looks like and that's why we made this [video] so everybody could feel good about themselves."

Arthur filed the law this week and said all seven of the Black Metro councilmembers are co-sponsoring it. He says it has also gained support from Republican Minority Caucus leader Anthony Piagentini of District 19.

"Oftentimes creativity and innovation does not come through pipelines of what is traditionally acceptable or what we would also define as cultural norms," Councilwoman Keisha Dorsey said of District 3 who is one of the co-sponsors.

On June 17, the CROWN Act passed the Equity and Inclusion Committee. Next, it will go to the full council for a vote.

RELATED: 'Who determines what's professional?': Black hair shouldn't be a topic for debate

►Make it easy to keep up-to-date with more stories like this. Download the WHAS11 News app now. For Apple or Android users