'Keep going.' | Louisville protesters search for strength after loss of one their own

Protesters are mourning the loss of 21-year-old Travis Nagdy who was shot and killed on Crittenden Drive Sunday night. 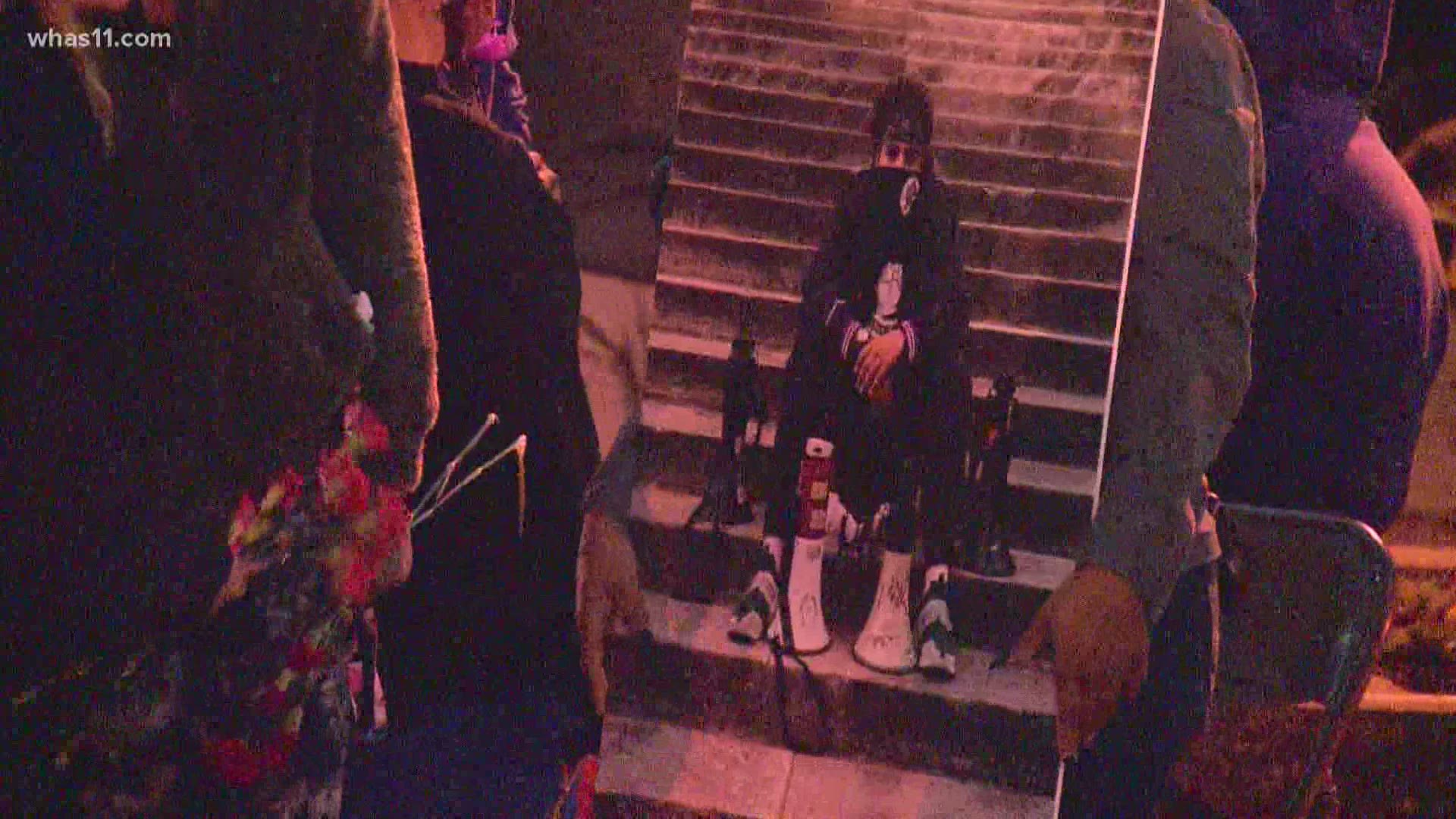 LOUISVILLE, Ky. — Nearly six months after protesters first gathered at Jefferson Square Park, one man at the forefront of Louisville's fight for justice has been killed.

Hamza "Travis" Nagdy, 21 was shot multiple times on Crittenden Drive late Sunday night, according to police. He was taken to the hospital where he later died.

Dozens gathered at the place he was killed to honor Nagdy, a young protester they said was dedicated to pushing the city in the right direction. Nagdy was known to have a megaphone in his hand during crowded protests, making sure his voice could be heard.

"Watching him with the blow horn...when he comes, he lights up," Grand Master Khalid Raheem said.

The chorus he so often led echoed throughout the St. Joseph neighborhood, where friends and family made sure to continue his work. Those gathered at the place he died chanted "We are not giving up," "Ain't no justice in this town" and "Say his name."

"Travis' last Facebook post was 'All hands on deck' on 22nd street where the officer involved shooting was, so before Travis died he was doing his work," said friend, Jacoby Morris.

A day of honoring Travis Nagdy has carried into the night... a candlelight vigil about to start at Jefferson Square Park @WHAS11 pic.twitter.com/QYZg0PL2zn

Nagdy spoke to WHAS11 about the importance of ongoing protests in September, saying it was hard to remember his life before Breonna Taylor's death. He said any time he got tired, he puts himself in the shoes of those who have died.

As police continue to investigate his death, his family has set up a GoFundMe to cover funeral costs. More than $16,000 had been raised for his family in just hours Monday.

"Travis we love you, we're going to miss you bro," Morris said. "Thank you for giving me the opportunity to walk right by you, thank you for trusting me to lead you in marches, to lead you in the right direction. I love you Travis."

If anyone has any information, they are urged to call the anonymous tip line at 574-LMPD (5673).

A few hours before Nagdy's death, a man died after he was shot by an LMPD officer during a traffic stop in the Portland neighborhood. Louisville Metro Police stressed that the two incidents were not related.