A number of businesses were damaged after an electrical fire spread throughout a small strip mall on Breckenridge Lane. 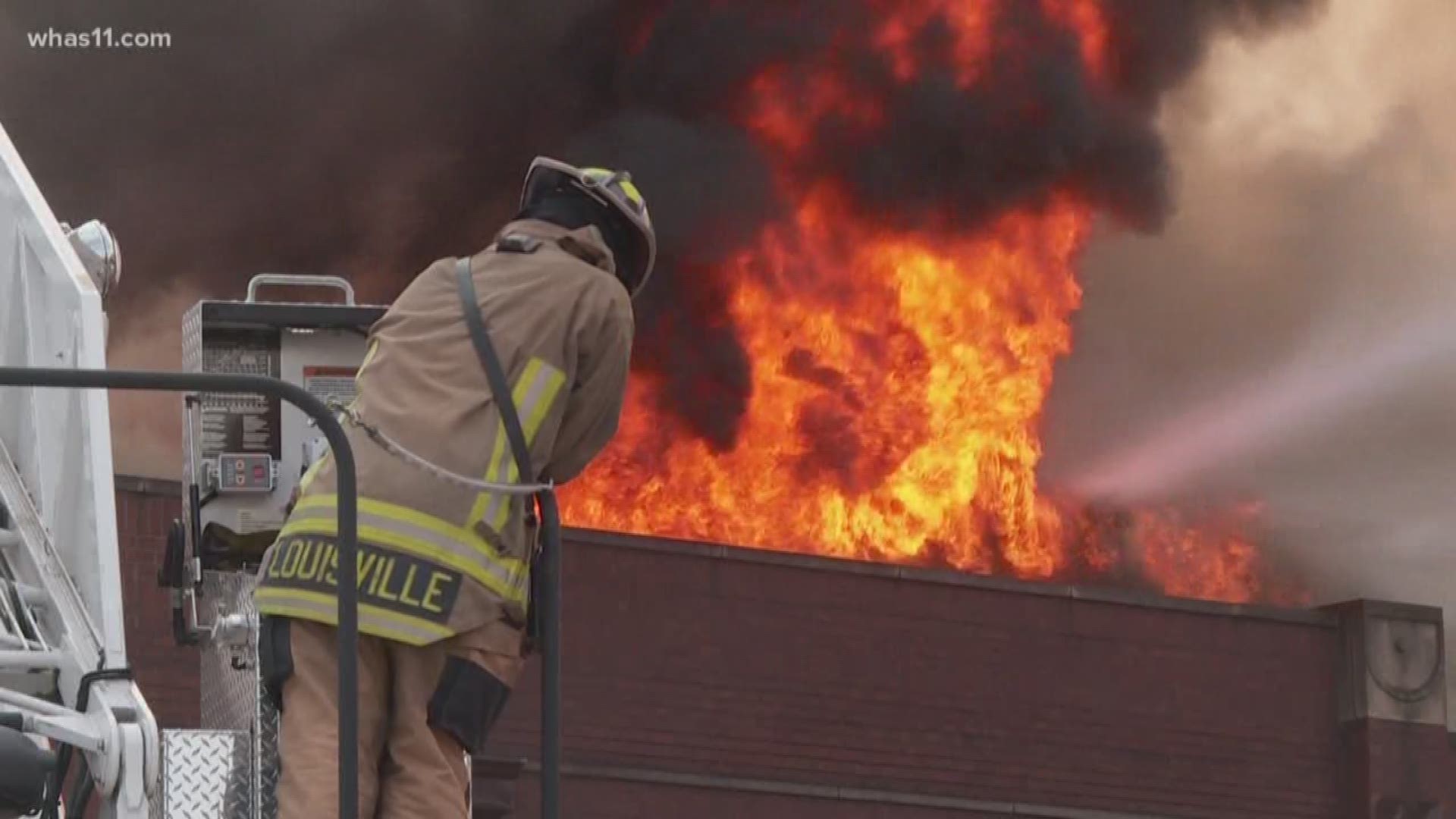 LOUISVILLE, Ky. (WHAS11) – A strip mall in St. Matthews has been destroyed following a large fire that ripped through several businesses Monday.

The fire shut down one of the busiest intersections of the area – Breckenridge Lane and Shelbyville Road.

A crowd of onlookers watched and what most said was the biggest fire they’ve seen with their own eyes.

"You see these black funnel clouds up in the air, like black smoke, it's huge and the fire is just raging over the roof," Barbara Carter said.

Domino’s Pizza Assistant Manager Ethan Beverly said he was inside the building when the fire started.

Fire officials say the fire began at an electrical closet inside the Simply Mac store adjacent to the Domino’s just before 5 p.m. and spread throughout the building.

“They said they flipped on a light or something and heard a pop,” Beverly said.

Beverly said employees from Simply Mac had come over to ask to borrow a fire extinguisher.

“About a minute later, they came back in. I asked, ‘Did you get it under control?’ they said they can’t get into their building anymore,” he said. “Can’t take two steps into the building without choking. It’s like all right, we’ve got to get out of here. Come on.”

For Greg and Marty Scheller, owners of Scheller’s Fitness and Cycling,  the most important thing is everyone made it out OK.

The Schellers say it may take them a few months before they can get their St. Matthews location back in business but also said they have insurance that will take care of the losses.

Arson investigators are looking into the fire which is standard in all cases.

Breckenridge Lane in both directions was reopened shortly after 9:30 p.m.