It took more than 30 firefighters to get the fire under control in about a half hour. 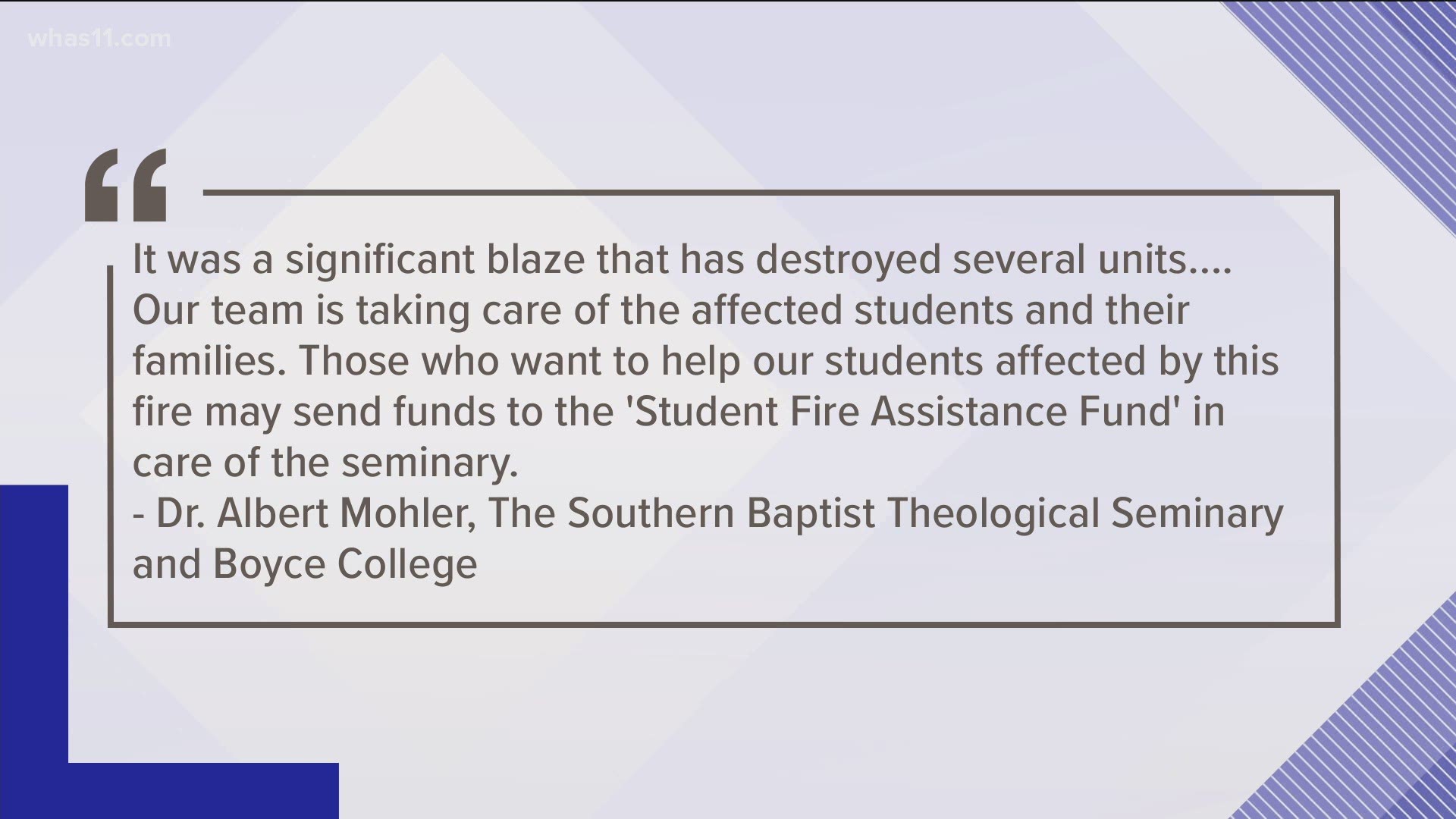 The fire occurred at an apartment complex in the 2700 block of Seminary Ct.

According to Louisville Fire, flames were shooting from a second floor attic space when firefighters arrived. It took more than 30 firefighters to get the fire under control in about a half hour.

No one was injured in the fire.

Lieutenant Colonel Mike Hendrickson said two to four units were damaged and investigators are working to determine the cause of the fire.

The apartments are owned by the Southern Baptist Theological Seminary and rented to students.

"Sadly, the Southern Seminary family was affected by a fire in student housing tonight that has done significant damage. We are incredibly thankful that all lives are safe and that no one was injured in this fire. It was a significant blaze that has destroyed several units. But material goods can be replaced, while human lives cannot. We are just so thankful to God that everyone is safe. Our team is taking care of the affected students and their families. Those who want to help our students affected by this fire may send funds to the 'Student Fire Assistance Fund' in care of the seminary.”