Crane crashes into half of Louisville house; No injuries reported

MetroSafe said there are no reported injuries. 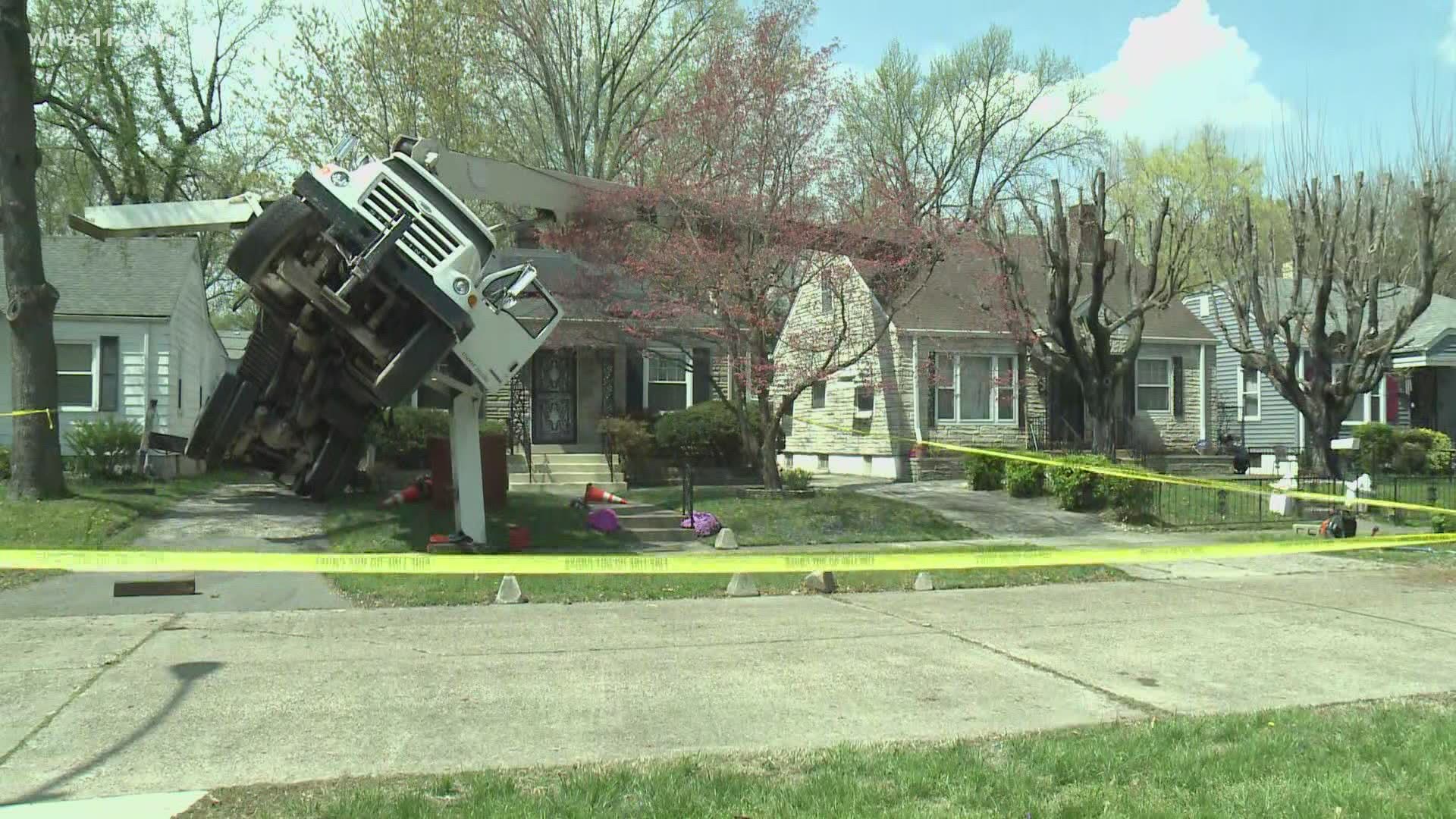 LOUISVILLE, Ky. — A crane fell on top of a home in the Chickasaw neighborhood Wednesday, MetroSafe confirmed.

Crews responded to the 1100 block of Plato Terrace after MetroSafe said a tree boom fell on a home. There were no reported injuries.

The incident happened when a crew was removing a tree with a 105-foot crane.

The American Red Cross is helping those displaced by the damage.

A WHAS11 photojournalist at the scene captured a picture of the crane stretching above one house, crashing into the roof of a nearby home. The tree boom appears to be in a neighbor's driveway.