Officials said fortunately, coyotes typically avoid humans unless people create situations that attract the animals to them or their homes. 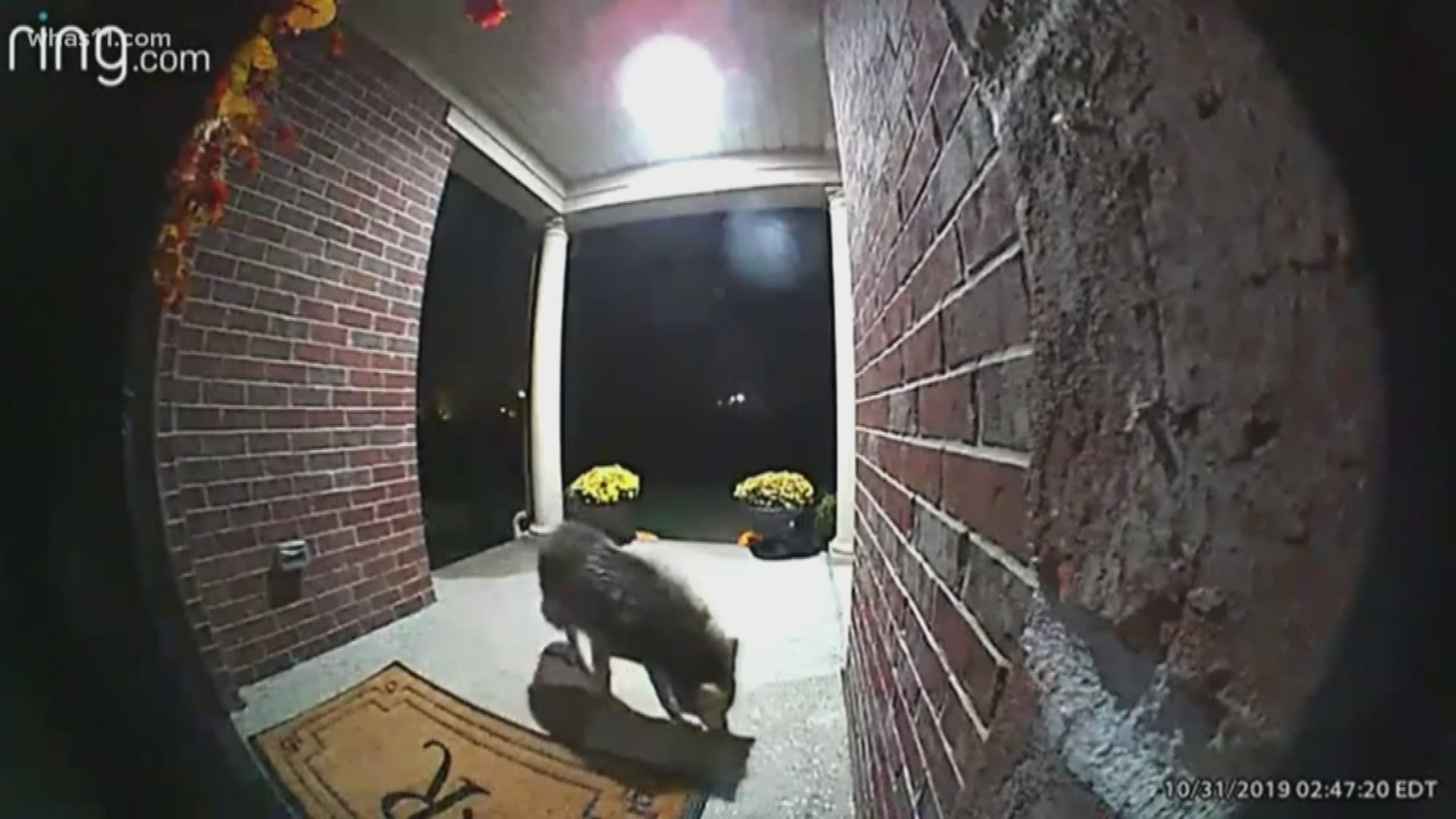 FRANKFORT, Ky. — Coyote sightings increase around this time of year and officials are reminding Kentucky residents to be extra vigilant.

A cell phone video was posted on Facebook Tuesday showing a curious coyote wandering outside of The Outlet Shoppes of the Bluegrass in Simpsonville, Kentucky.

The video showed the coyote peeking through the glass doors as bystanders kept their distance.

Officials said fortunately, coyotes typically avoid humans unless people create situations that attract the animals to them or their homes.

"Coyotes typically breed in January and February," said wildlife biologist at Kentucky Fish and Wildlife, Laura Palmer. "They are more territorial during their breeding season."

Kentucky Fish and Wildlife says the animals could be found living in bushes, junk piles, sheds, and in backyards.

It is common for the department to get reports of coyote sightings, though the department couldn't give an exact number. When someone calls to report a coyote attack, Palmer said it is usually because someone was feeding the animal in the first place or letting their dog walk off leash.

"That's when we might here issues with coyotes attacking dogs or coming close to dogs," Palmer said.

Pet owners are warned to keep their furry friends close by on a leash especially at night to avoid potential injuries or even death.

"People often want to take pictures of wildlife, get close, and get video or even take their picture with a coyote -- that's definitely a bad idea," Palmer said. "They may stop and check you out because they are very curious and they may wonder what you are doing in their territory."

If a coyote gets too close, Palmer said don't panic, don't haze, and don't approach -- just stand your ground.

"Instill that fear they should have of humans by clapping hands, yelling, and waving arms," Palmer said. "In most cases once coyotes see humans they are very wary, they want to run away and get away as quickly as possible."