For one Louisville veteran, who has had years of reflection, Veterans Day is about more than his service but a special anniversary that happens to be days before. 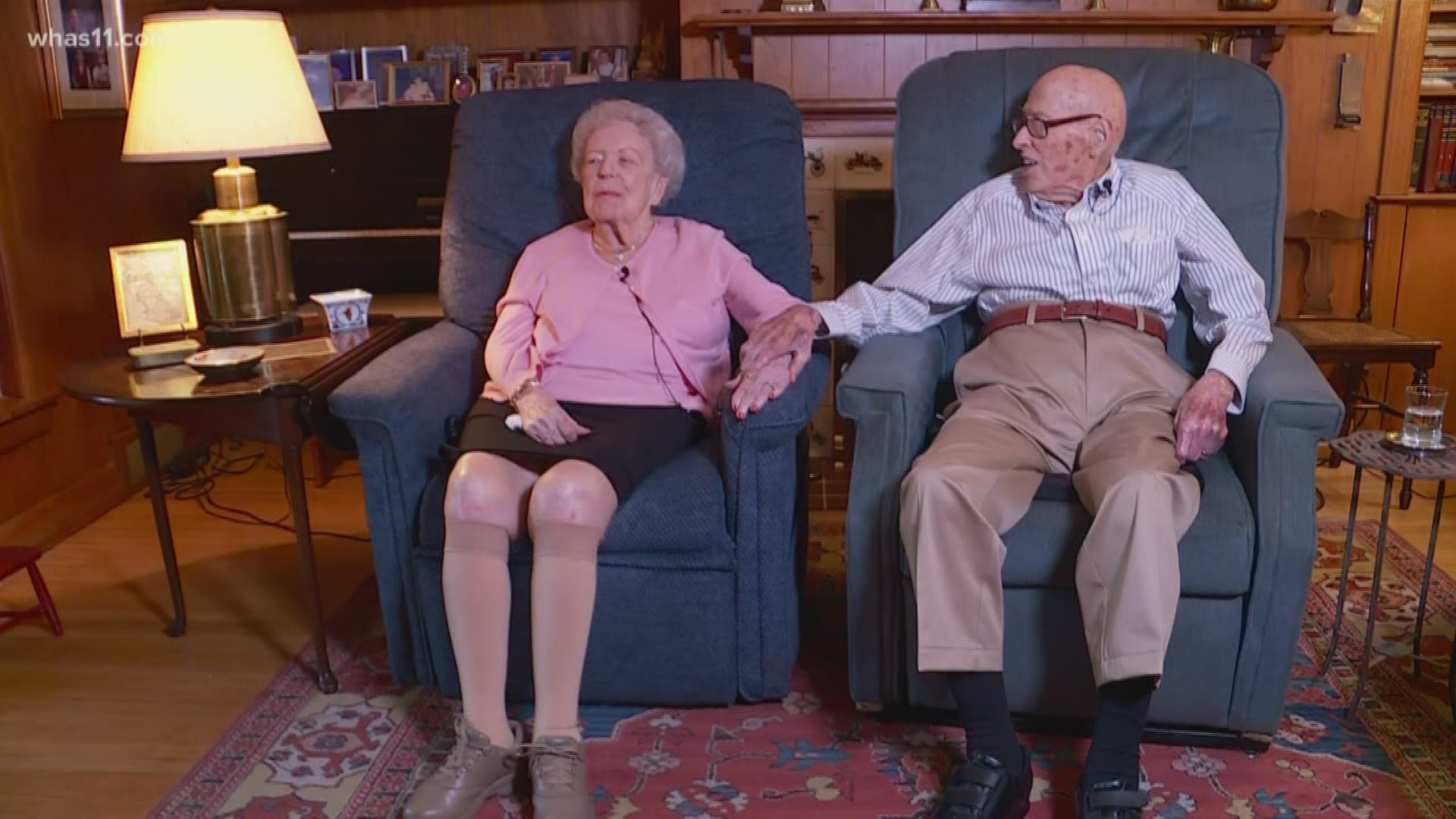 LOUISVILLE, Ky. — It’s a long time, but when you’re with the right person, for 77 years, the spark never disappears.

John and Jean’s hearts filled with butterflies at 99-years-old and their love has stood the test of time.

“It just makes me happy to be with her. I’ve been with her all our life, you might say,” John said.

Jean added, “Well it’s the most important thing in my life.”

Their daughter Jeanie told WHAS11 News her mom’s secret to a great marriage was compromise.

John saw Jean for the first time in 1941 at a University of Louisville school dance. The rest is history – a long history.

John and Jean have created a legacy featuring three children, grandchildren and great-grandchildren. He says they’ve never been separated outside of during the war.

He didn’t let the hundreds of thousands of miles between them stop them from sharing their love.

“We wrote letters every day. I wrote a letter to my wife every day,” John said.

There were letters their children never knew about, hundreds were pulled out on their 77th anniversary.

“My darling loving wife, oh golly, baby, I feel like I've been right with you after reading these two wonderful letters I received from you today. I believe I have already read them a half a dozen times, gee do I love you, sweetheart," John read.

Love letters about the war, his friends and fellow fighters, his plane with her signature painted on the side.

"Leaving you was the hardest thing I have ever done. Don't worry baby, we'll have a whole happiness again one of these days," he continued reading.

Throughout his years of sacrifice, of fear, of missions, John never once doubted he'd come back to Jean.

"Well my love, this is about all I have for tonight so I'd better sign off," he said.

Seventy-seven years of this much love and devotion, was more than he could have imagined.

"Darling I want to tell you and show you how much I love you so bad, baby one of these days we won't be in need of each other, hugs and kisses darling I can hardly wait. I always love you with all my heart, be careful sweets love and a million kisses, your loving husband, Johnny."