Before this option, East County wedding ceremonies took place in the hallway of the Assessor’s office of the old El Cajon building, which just closed on Friday. 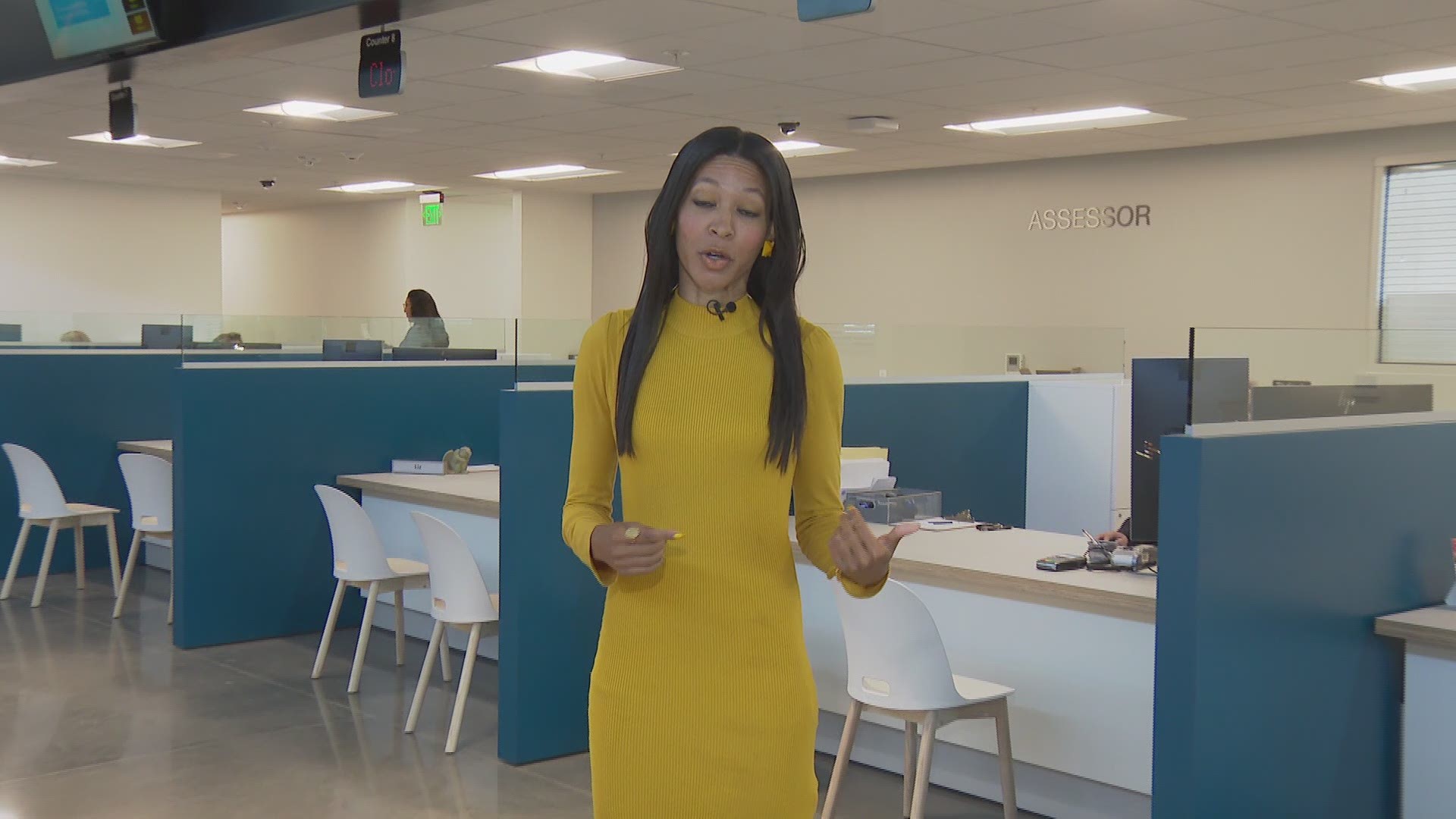 SANTEE, Calif. — For the first time, the County of San Diego began holding weddings in its new East Branch office in Santee on Wednesday. The branch opened this week and replaces a much older building in El Cajon with a state of the art one that houses the county's first-ever archives facility.

Outside the County of San Diego's new East County office, “I dos” and vows were said Wednesday by newly married couple Angela and William Welch. In a ceremony that brought the groom to tears, the Welches became the first couple to get married in the new outdoor county venue in Santee.

Before this option, East County wedding ceremonies took place in the hallway of the Assessor’s office of the old El Cajon building, which just closed on Friday.

At the new venue, couples can also select a private indoor room with wooden pews for guests. It’s a quiet place to exchange rings and get hitched in a matter of about five minutes like newlyweds Bahaa Tobya and Diana Mousa of El Cajon did.

The 25,000-square-foot, zero-net-energy building has more to offer in addition to wedding services.

“This is the brand new hotspot, affordable place to get married in East County, we do birth certificates, death certificates, weddings, starting a business, it all happens here at the Santee East County branch office," said Jordan Marks, Taxpayer Rights Advocate for the San Diego County Assessor/Recorder Office.

The east branch added new jobs, going from 20 to now 70 positions, including those working in the county's first-ever archives facility.

"Even though we've had our records since 1850, we haven't had a consolidated place to put them,” said Aditi Worcester, the new San Diego County Archivist.

"We have 4,400-cubic-feet of records. Imagine them going into a Costco-sized freezer. We’ll do inventory. So now when county residents come to ask us for access to this information, we have an efficient and quick way of giving them the stuff they need,” Worcester said.

Back to one of the happy couples: the Welches have been dating for 11 years and said they kept putting off their wedding to take care of their four children until now. Two of their young children had expensive medical needs the couple tended to, and they recently had a baby born on Dec.18, 2019.

"I decided, I'm going to pick a date, so I picked Feb. 5, then I saw the Santee office, and I was like 'oh, that's close to our house. Sounds nice,'” Angela Welch said.

The pair didn’t know they’d be the first to wed at the new outdoor venue but left these well-wishes:

"I think it's amazing, and I think for people that may follow us, we have been together for 11 years, so it brings, hopefully, good luck."

The County of San Diego performs more than half of all the weddings in San Diego, which is about 12,500 each year at $88 per wedding ceremony. For more information visit their website here: https://arcc.sdcounty.ca.gov/Pages/default.aspx