Tobey King, owner of 'Tobey Time Crochet' created a crochet doll of Vermont Senator Bernie Sanders and auctioned it off on eBay. 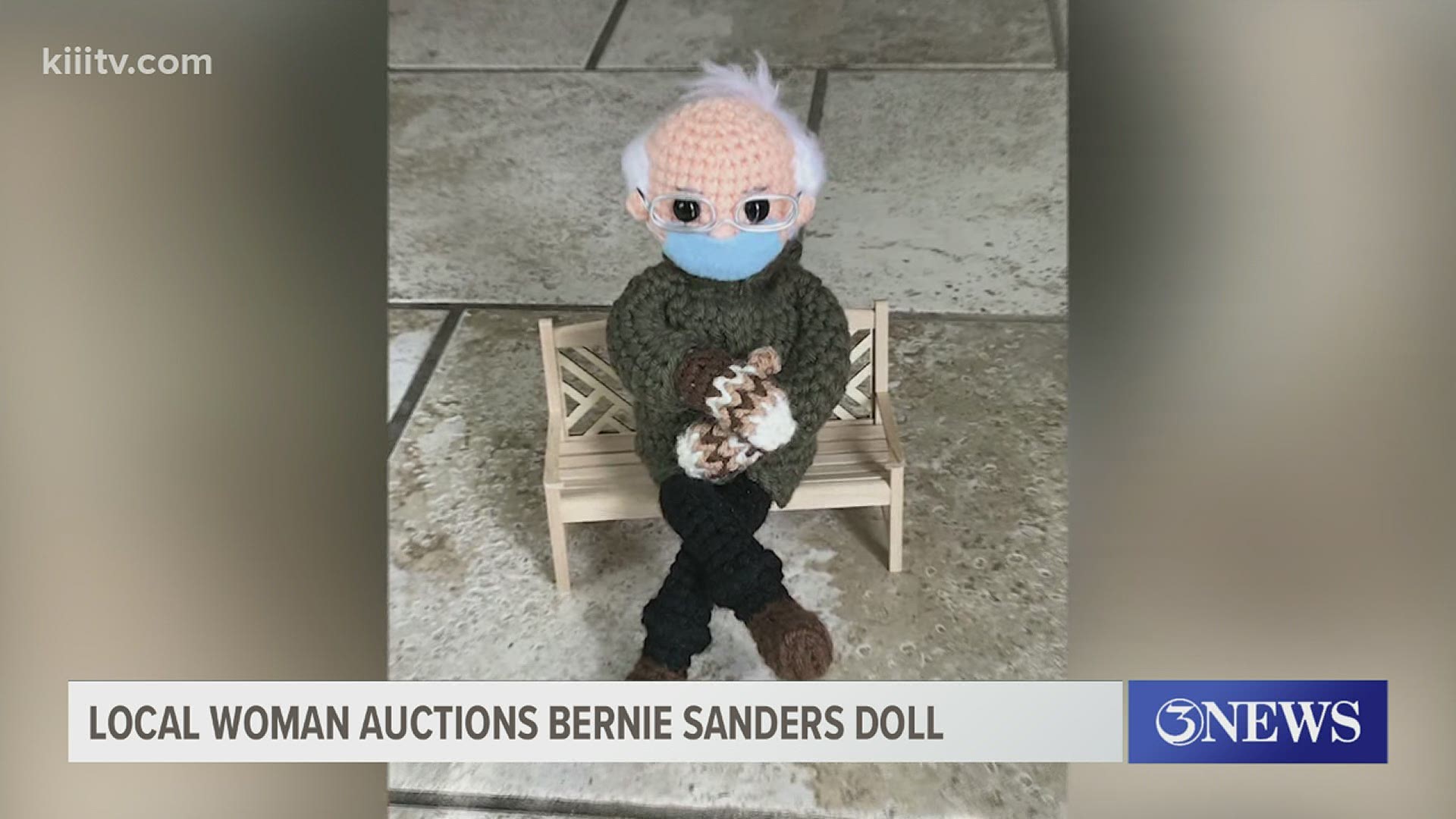 CORPUS CHRISTI, Texas — By now many of you have seen memes of Vermont Senator Bernie Sanders from inauguration day. Now the viral photo of Senator Sanders has come to life in a new way.

“It’s mind blowing because I knew Bernie was trending because of that picture and I already had a Bernie pattern and a Bernie doll, so I just went and got that and I modified that super quick,” said Tobey King.

Although King already had a Bernie doll the modifications to recreate the viral photo took a bit of time.

“From beginning to start I didn’t get up and it was seven hours, but that’s on top of the hours and hours of designing that that I did a year ago,” said King.

King crafted every single detail, including the iconic mittens.

“The mittens are not that hard it’s just some color changing, a special stitch,” said King.

After creating the doll, she decided to share the pattern online so that others could make the doll.

“I’m so happy, just so happy that everybody is making their own little Bernie and putting some Bernie’s out there,” said King. “It just makes everybody so happy.”

King says she wasn’t sure what to do with the doll, but with some inspiration from the senator and her friend, she found a way to help others.

“She said you know well Bernie just sold a bunch of sweatshirts and donated to meals on wheels Vermont and I said that, that is perfect, that is what I want to do,” said King.

King put the doll up for auction on eBay.

“I put it up for 99 cents and then a few minutes later I went to take a screenshot and I was like wow it’s $5 bucks,” said King.

On eBay the doll sold for over $20,000 dollars. King says the profits from the doll are going towards ‘Meals on Wheels America.’

“This could be my purpose; this is my new path,” said King. “This is a new way of helping people in a way that I’ve never been able to do before."

For the latest updates on coronavirus in the Coastal Bend, click here.