Mary Jo Williams initially wanted to fix a crack in the wall at her home. Half her living savings later, the contractor she hired now has a warrant out for theft. 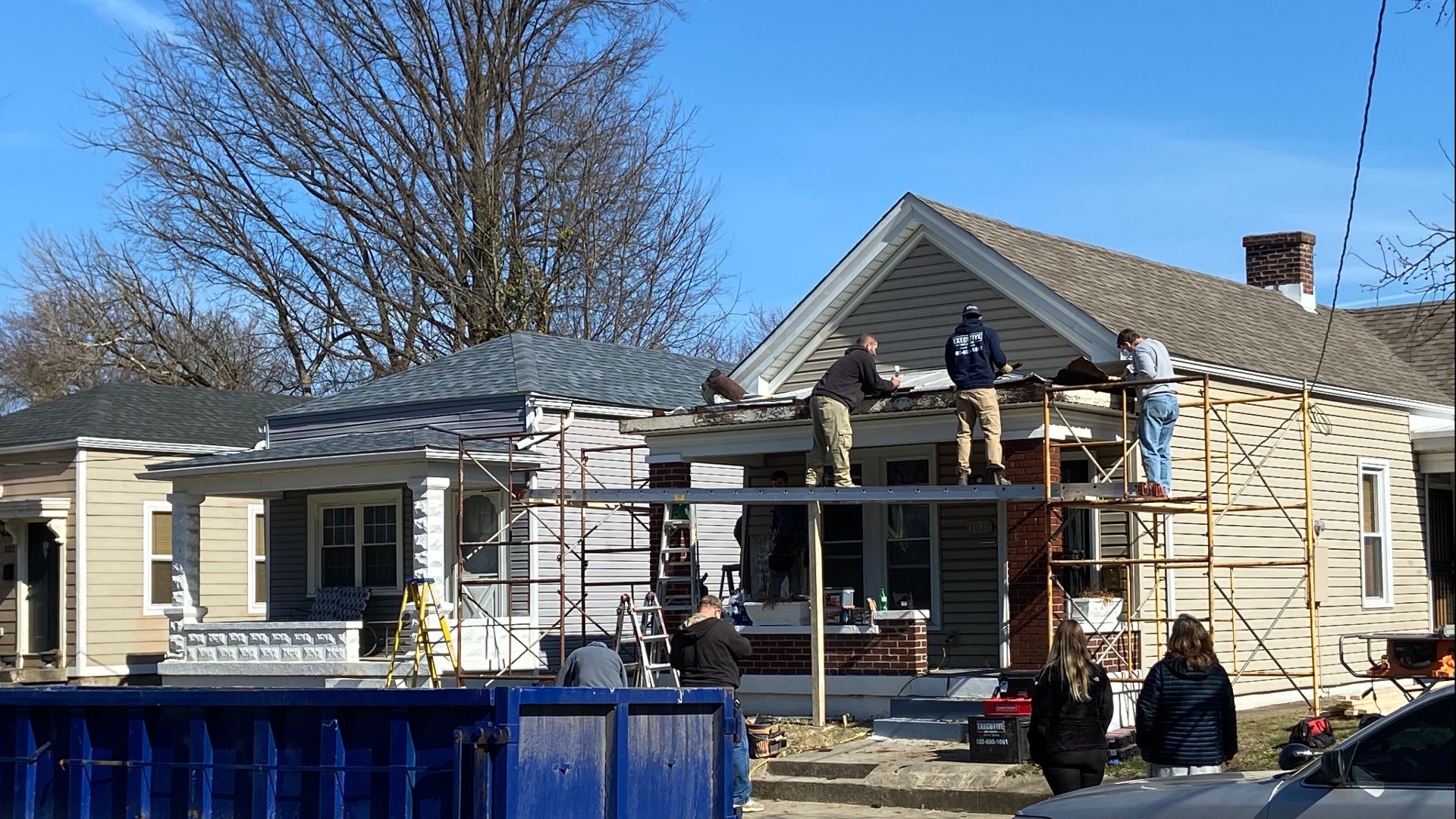 LOUISVILLE, Ky. — A Germantown-Schnitzelberg couple says they hired a contractor to do a small project on their bedroom, but a finished product is far from what they got.

Now, after the couple spent half their life savings to pay the Louisville-based contractor, he is facing a felony charge.

Initially, a crack and some discoloration prompted Mary Jo Williams, a five-time cancer survivor, and her veteran husband to contact their insurance and look for a contractor.

Barker was hired in late January, and the couple was charged $3500 for the repairs.

Williams and her husband said the job took a turn for the worse as they were charged an additional $10,000 from Barker.

“He said he was going to have to open a wall up, he started over there and that’s when everything started to go wrong," Williams said.

According to a bank statement, Williams withdrew the money and says she paid him on Feb. 5.

She did not get a receipt from Barker and did not sign a contract. Williams recounts that within days, requests for money from Barker kept coming.

Barker now faces a felony charge: theft by failure to make required disposition of property. The charge was handed down by the Kentucky Attorney General’s Office of Consumer Protection, who began investigating Barker in late February.

Kentucky does not require contractors to be licensed by the state. But a consumer investigator with the AG’s office says it’s important to look at the businesses Better Business Bureau rating. As of March 12th, Barker Outdoor Improvements has a 'D+' rating.

Before this charge was filed, WHAS11 tried to reach out to Barker multiple times via email and phone. Barker's lawyer also said they were not going to comment on the matter.

With the fear of that she would have to sell the home she and her husband have lived in for 23 years, Williams started packing up and gave away furniture.

“It just made me so angry that I knew I had to do something to help her," Debbie D'Angelo said.

D’Angelo, who found out what happened to Williams on social media, made a call-out in the Germantown-Schniztelberg community, asking for help.

Soon, over a dozen people within the community created a group to volunteer with restoration efforts.

Russell Jones owns a remodeling business and an offshoot of that, 'Helping Hands’ works every Saturday, donating time and what materials they can to improve a home for someone in need.

”The only work that was done was demoing and then he had actually come in and put up fake walls for structural support that was not necessary," Jones said. "I don’t really know what his game plan was, I’ve never seen someone duct tape studs to a ceiling. "

Transforming a nightmare situation into one of beauty, the community is making upgrades to the Williams home.

"If we get the materials that we need, we’re hoping to have it completed within the next five weeks," Jones said.

Time, resources and money have been donated by the community.

21st in Germantown is hosting a benefit on March 27 and 10% of their sales that night will go to help Williams and her husband.

"What can I say? God sent me a bunch of angels," Williams said. “I wish I could pay them back tenfold. I feel very fortunate."

According to the Better Business Bureau, you should request references, get multiple quotes, and verify license and insurance.

“I would just advise anyone that does any contracting work, do your research. Get on social media, check out their website, ask other people if they’ve used them,” Jones said.