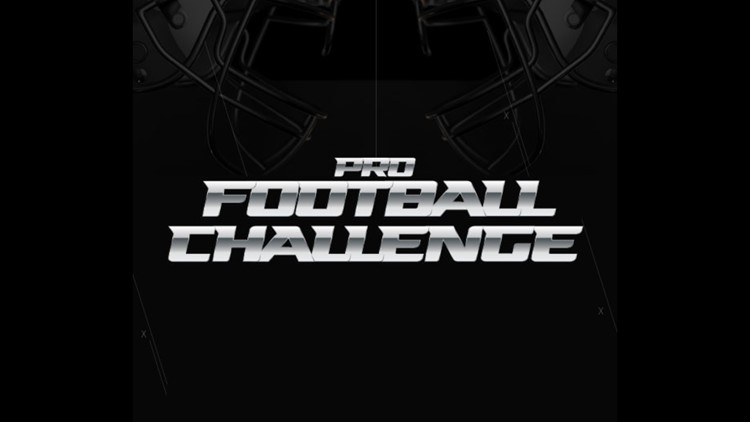 Enter the Pro Football Challenge for a chance to win $50,000 (OFFICIAL RULES)

Enter the Pro Football Challenge for a chance to win $50,000. Pick the teams that you think will win for the 2019 NFL season for a shot at the grand prize!

NO PURCHASE NECESSARY. A PURCHASE WILL NOT IMPROVE YOUR CHANCES OF WINNING. Contest is subject to all applicable federal, state and local laws. This Game May Not Be Used To Conduct, Advertise Or Promote Any Form Of Gambling.

All games will use a rolling lock system which will allow players to make picks up to approximately 15 minutes prior to official kick-off time of each game.  Any selections submitted after the deadlines are considered invalid, and no points will be awarded. All times displayed on the schedule are Eastern. You may change your pick for any game up until the time that game is locked. Entries must be completed on time. Once a game is locked, you may not change your pick for it. If you did not make a pick for a particular game, it is counted as a loss. If you submit a partial entry and either forget or are unable to complete it, the games you did not pick will count as losses.

Promotion Entities are not responsible for technical outages, delays, or malfunctions of any kind, including those related to the Internet, cell phone service, or computer failures.  Accordingly, Promotion Entities are not responsible for errors or data loss of any kind, lost or unavailable Internet connections, failed, incomplete, garbled or deleted computer or network transmissions, inability to access any website or online service, any other error or malfunction, late, lost, illegible or misdirected entries, or for printing errors in any advertisement, entry form or rules.

Any attempt by an entrant or any person to deliberately damage any website or social networking site used in the Promotion or to undermine the legitimate operation of this Promotion may be a violation of criminal and civil laws.  Should such an attempt be made,  Aptivada reserves the right to seek full prosecution and/or damages from any such individual to the fullest extent permitted by law.  Aptivada’s failure to enforce any term of these Official Rules shall not constitute a waiver of that provision.

9. Official Rules and Winner List:  To obtain a copy of these Official Rules or a winner list at least thirty (30) days following completion of the Promotion, send a self-addressed, stamped envelope (VT residents may omit return postage) specifying “Official Rules” or “Winner List” to: