The panel met virtually Wednesday to discuss a road to justice as all eyes nationally are on Louisville. 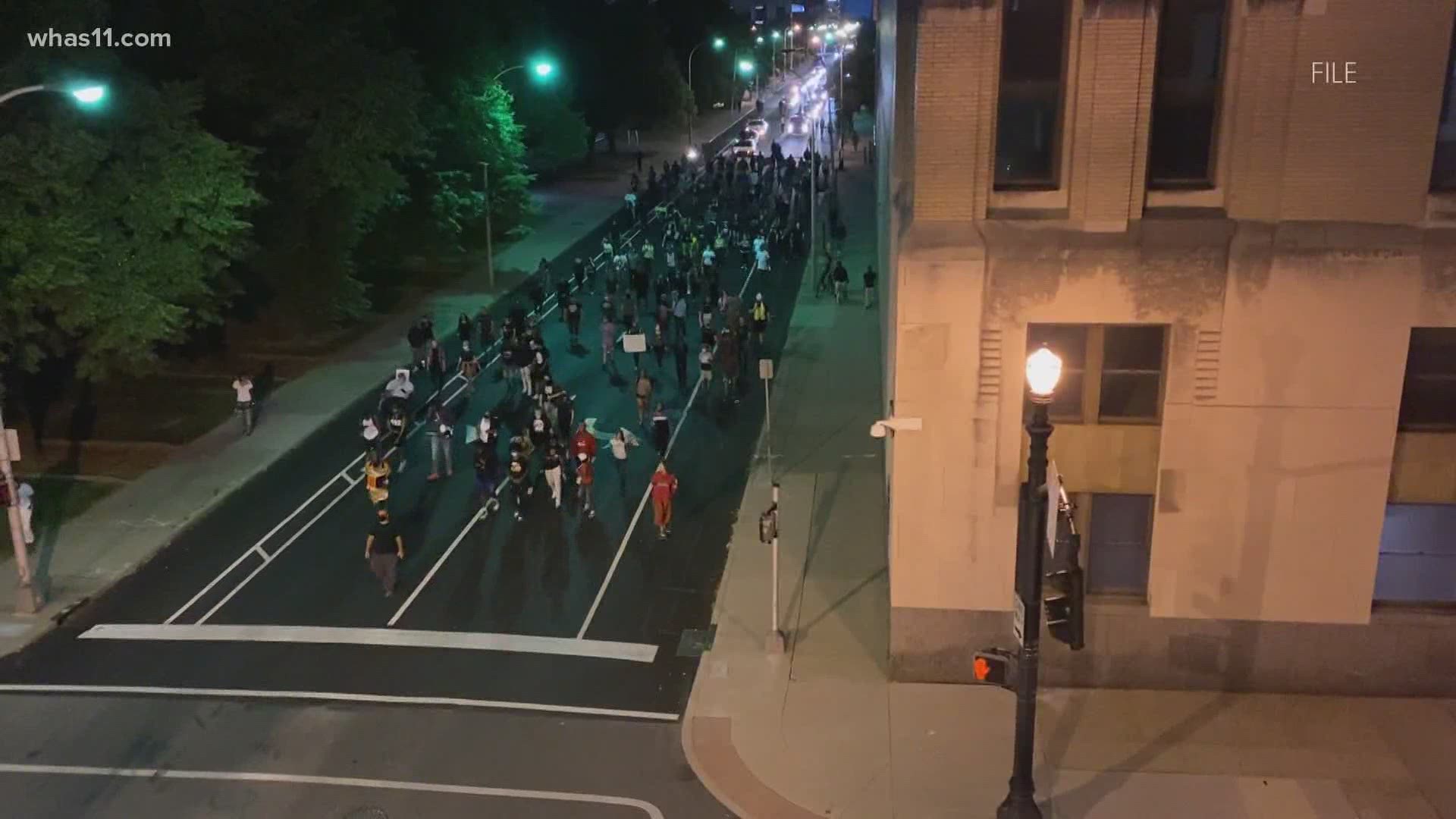 LOUISVILLE, Ky. — After months of protests in downtown Louisville, some people and local leaders are questioning if the city of compassion owns up to its name for everyone. Many are asking can the fight for racial justice and having a vibrant downtown co-exist?

This comes at a time while all eyes locally and nationally are on Louisville in the wake of Breonna Taylor's death and as protests continue in downtown.

"Everything happening between the pandemic and the protests that's really just 200 years imploding on itself but in Louisville, in the last two centuries," Metro councilmember Jecorey Arthur said.

Karen Williams, CEO of Louisville Convention and Visitors Bureau said protesters are not to blame for the lack of businesses downtown.

"We cannot and should not blame the lack of businesses downtown or where we are in our economy on protesters. This is not exclusive to Louisville Kentucky, this is a national--racism is a national thing, we all have to wrap our hands around to understand but COVID is the reason where we are today," Williams said.

The panel met virtually Wednesday to discuss a road to justice. This comes at a time while all eyes locally and nationally are on Louisville in the wake of Breonna Taylor's death and as protests continue in downtown.

Williams said she supports the call for diversity as our strength. She also encourages peaceful assembly and constructive dialogue to eliminate racism.

Williams said she's working with the city to develop a black tourism council. She said, "Inviting representatives, major hospitality industries to participate in this group will help us our industry to address systemic racism to improve Louisville’s hospitality experience."

These are all minor steps in a direction supported by Mayor Greg Fischer.

"Racial justice and business growth are complimentary they have to exist we can only realize our potential when the two do exist and that's the hope out of all of this energy that's on the streets of America right now," Fischer said.

Some on the panel, said the city needs to provide long term solutions to the current climate in our country.

"These protests have a long term justice purpose they are not just protests to have protest.  You have to keep in mind, and I’ll use an African proverb for this one a child that is not embraced by the village will burn it down to feel its warmth, you can take that a number of ways," Arthur said.

Some downtown business owners have expressed concerns about reopening and at least one is suing the city for damages after the business was damaged during unrest in May.