The Louisville mayor says the city will hold a day of healing on Monday as the community picks up the pieces in wake of the Breonna Taylor shooting. 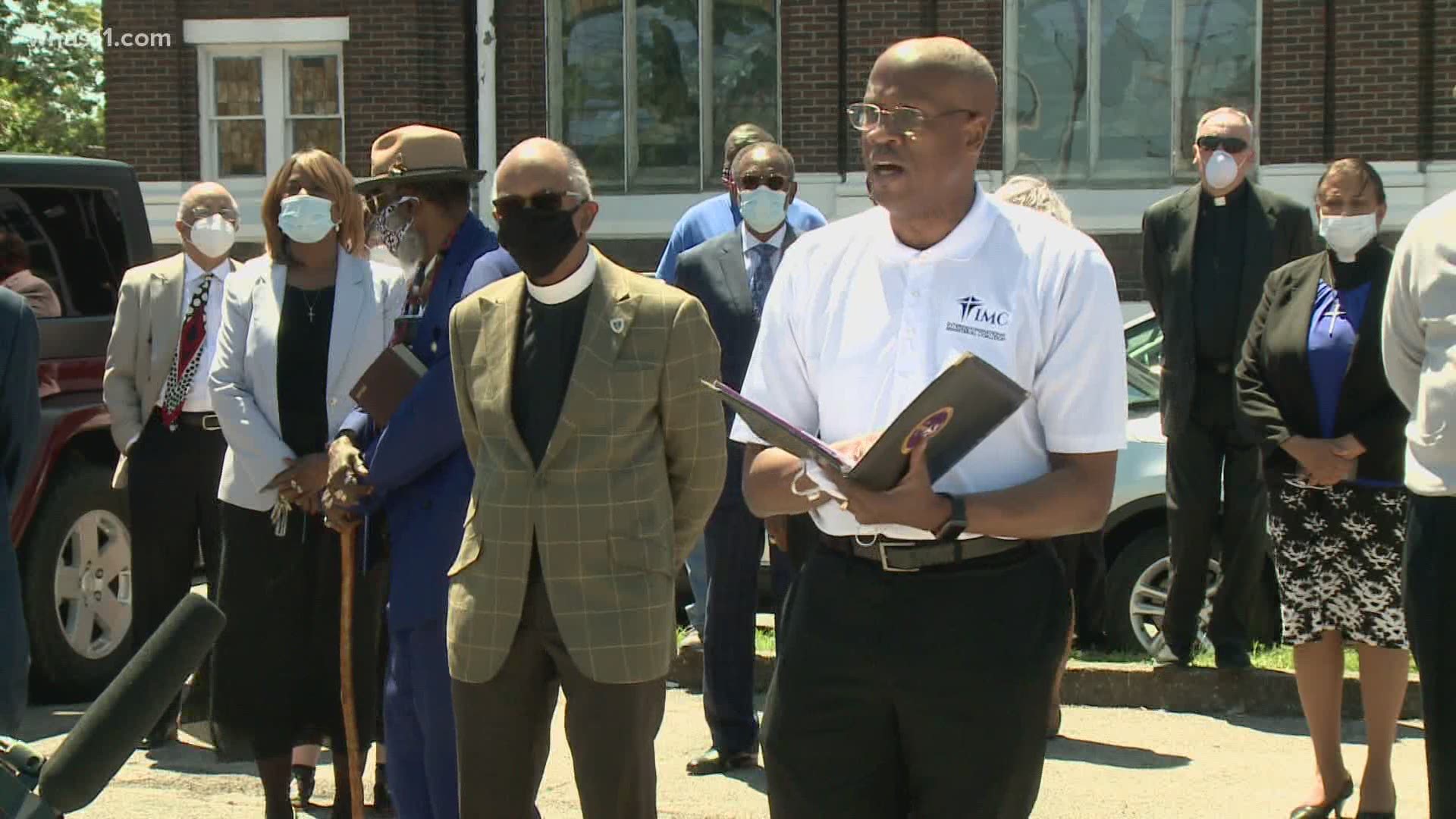 Mayor Fischer is holding an evening briefing as protests go into the fourth night in Louisville.

He says peaceful protesters are getting upset with Metro Police because of the dispersion of tear gas. The mayor urged peaceful protesters to talk to those causing problems. Officials with LMPD said the protest was technically unlawful because they didn't have a permit. They say they could have taken steps a lot earlier to end it.

"When you go to bed tonight-say an extra prayer for our country, for our city and pray for better days ahead," he said.

Several people who were shot during Thursday night's protests are on the mend. LMPD says they are all stable but have no suspects in the incident.

Nearly 400 people have gathered at Jefferson Square in a peaceful demonstration. Chants of "no justice, no peace" could be heard.

Mayor Greg Fischer says Monday, June 1 will be marked as a day of healing for the city of Louisville. A virtual celebration will be held at 11:30 a.m.

The mayor also spoke a bit more about Saturday night's protests that led to 40 arrests.

"We welcome everyone who celebrates the 1st Amendment rights. We have been really helping to protect these people. However, these protests are no longer peaceful.Those who are legitimately out here to protest and say what they want to say; but also there are people out here wanting to damage."

The mayor also spoke about the Black Lives Matter Louisville protest held in downtown Louisville. He called it "good, robust, peaceful" and said he appreciate it.

A small group has gathered at Jefferson Square Park as 6th Street remains blocked off in downtown Louisville.

The community gathered for a special moment of unity and solidarity singing "We Are Not Afraid."

The crowd at the event cheered when speakers called for lawmakers to draft legislation to ban no-knock warrants, not just for the city of Louisville but statewide. They want it called "Breonna's Law."

Hundreds have gathered at the KFC Yum! Center for a peaceful rally of healing hosted by Black Lives Matter Louisville in support of justice for Breonna Taylor. It was a day of solidarity featuring people from different backgrounds with one common goal -- justice.

The event featured a host of speakers including State Representative Charles Booker, who also has his eye on getting the Democratic nomination to challenge longtime Senator and Majority Leader Mitch McConnell for his seat in November.

Mayor Fischer held a briefing Sunday morning and spoke about 40 people arrested related to the Breonna Taylor protests. Here are some of their takeaways from Saturday.