The vigil was illuminated by candlelight and the flag was flown at half-staff as the community celebrated his life. 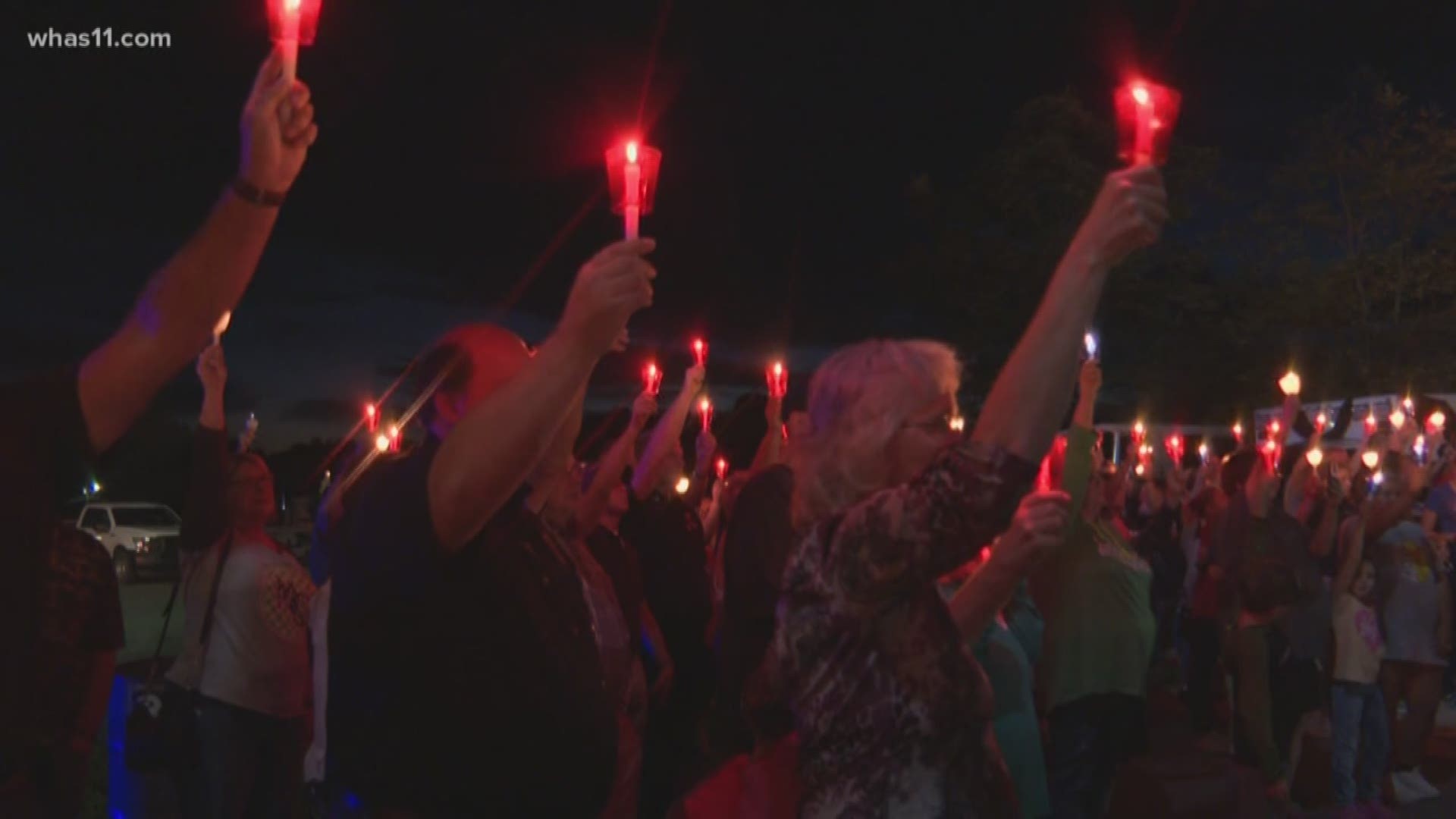 MEADE COUNTY, Ky. — The large crowd gathered at the Meade County Courthouse in honor of Sheriff’s Deputy Chris Hulsey showed just how loved he was by his community.

The vigil was illuminated by candlelight and the flag was flown at half-staff as the community celebrated his life. They shared personal stories, one after the other, of how he made a difference in their county.

"Me and my family were seconds away from losing our home and Chris opened his home to us,” Christiana Wilson said.

"I love to think that whenever you're feeling lost, you can just look up to the stars and Chris Hulsey would somehow give you guidance wherever you are,” Robert Schram said.

Deputy Hulsey suffered a heart attack while on duty, trying to stop a suspect on September 21. He died that evening.

"To lose somebody who is a community icon like that who helps people out is going to be tremendously missed,” Brandenburg Police Chief Brian Haag said. He worked with Hulsey, who also served as an EMT and a firefighter in Meade County.

Whether they were family, long-time friends or those who only knew him in their times of need, one thing is clear – Chris Hulsey touched the lives of so many in his community.

Tune in now to hear how the community is paying their respects.