"That piece of legislation is the beginning of the healing," Richard Whitlock Jr. said. 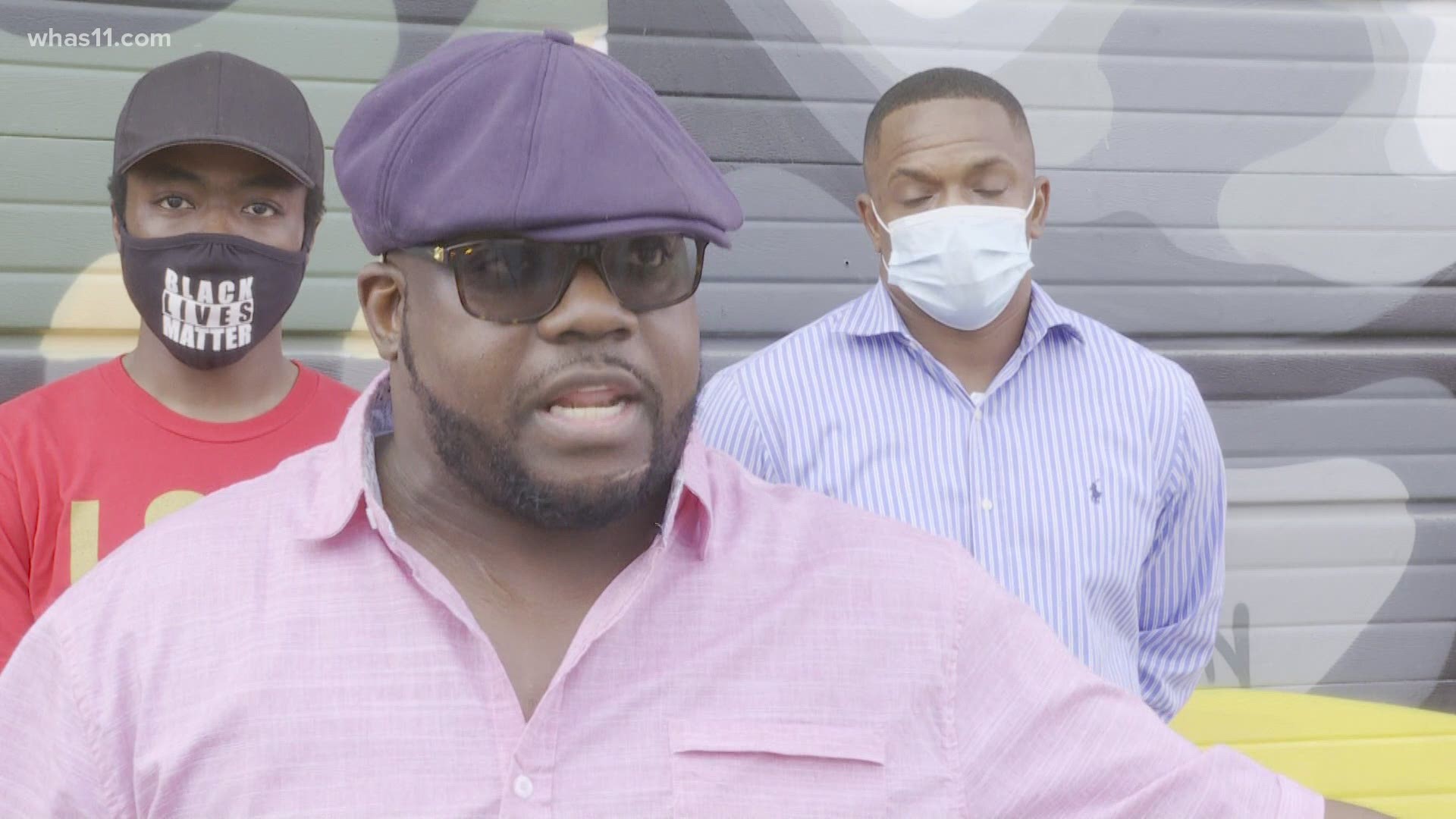 LOUISVILLE, Ky. — Passionately supportive of placing restrictions on LMPD's use of force, a group of community organizers gathered Wednesday to demand Louisville Metro Council pass the proposed use of force ordinance.

"That piece of legislation is the beginning of the healing," Richard Whitlock Jr. said.

"People have clearly spoken they are not happy with the way things have operated in the past. The people are saying they want policy, they want people to be held accountable," Brad Harrison said.

The ordinance before council members aims to reduce the amount of force officers use, with a ban on chokeholds and requiring officers whenever reasonable, to stop other officers they see using excessive force. It includes several other policies in the legislation.

The community members said Wednesday they are passionate about the ordinance passing, because they said it includes chances they want to see in LMPD, focused on transparency and accountability.

"LMPD cannot hold itself accountable. internally it has proven it is not efficient enough to hold its own officers accountable for crimes committed against citizens," Wes Tolbert said.

LMPD does hold its officers accountable, according to River City FOP President Ryan Nichols. He said the department works hard to change its policies to stay in line with national best practices.

"LMPD constantly modifies policy to national best practices and there is a tremendous amount of accountability for violating policy," Nichols said.

Nichols said the use of force ordinance is "very unnecessary" and many of the points in the ordinance are already on the books in LMPD department policy.

"Police policy should not be codified into ordinance. It prevents the policy from the rapid change that currently occurs," he said.

"If the system was working these stipulations would not be in place," Lebron Seay, one of the community members speaking out Wednesday, said.

"These policies clearly have been violated and they have a history of violations so we are not satisfied with LMPD just making them departmental policy," Harrison said. "We feel this ordinance will protect the citizens of Louisville, it'll hold officers accountable when they violate policies. But it’ll also encourage officers to give us the best version of LMPD possible."

Metro Council is set to debate the use of force ordinance Thursday at 6 p.m. during its full council meeting. The legislation moved on from the Public Safety Committee with a recommendation not to pass.

RELATED: Sgt. Jonathan Mattingly says 'Breonna Taylor would be alive' if officers didn't wait for someone to answer door