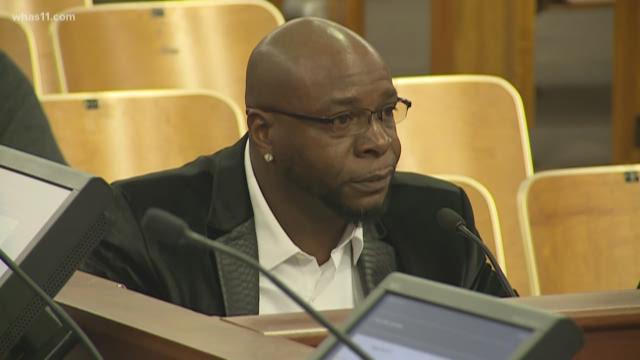 He’s trying to find the words after decades of pain. He says he gets emotional.

“Because of what I've had to go through and what my family has had to face,” Chandler said.

But now Chandler is just a little bit closer to justice.

The Metro Council Public Safety Committee passed a resolution that will ask Attorney General Andy Beshear to investigate former Louisville Police Detective Mark Handy. Handy threatened Chandler and his family to get a false confession for the 1993 murder of store clerk Brenda Whitfield. Chandler was wrongfully convicted and spent nine years in prison.

“It's not about anti-police it's definitely about one person, one individual who needs to be held accountable for his actions,” Chandler said to councilmembers.

Handy worked for the Jefferson County Sheriff's Department until the end of February. He retired the same week another case out of Meade County was overturned due to his involvement. Jeff Clark and Keith Hardin spent 22 years in prison for the 1995 murder of Rhonda Waford. Clark sat in the Metro Council chambers.

“I would like to see him in the general population of a prison so he can understand what it's like,” Clark said.

Two men bonded over years of their lives lost and they say it's all because of one man who should be held accountable.