LMPD confirmed an assault was reported at Cole's Place on June 13, but owner John Cole says the business has been closed since June 6. 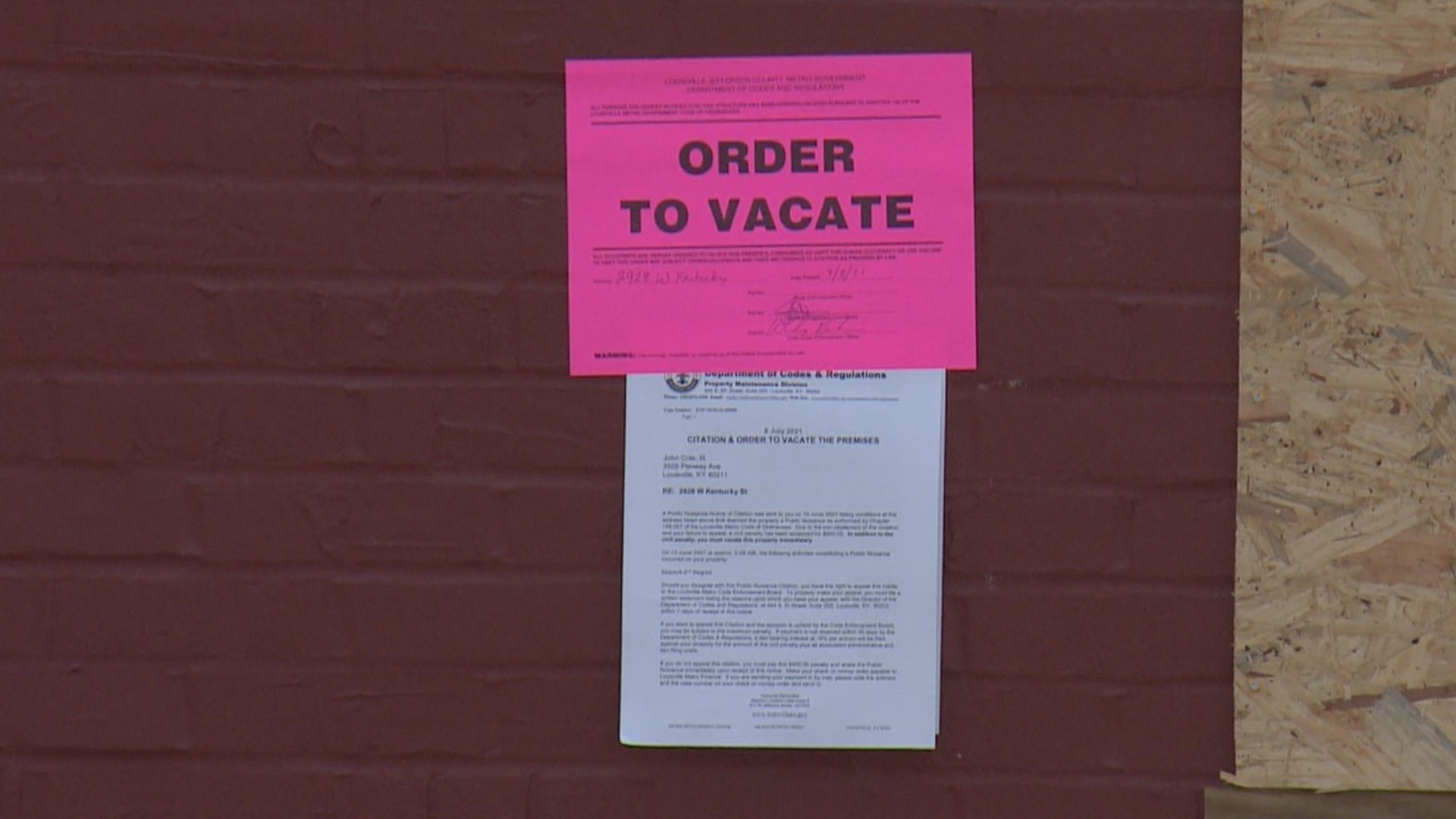 LOUISVILLE, Ky. — A nightclub in Louisville’s Parkland neighborhood is again at the center of an incident, leading the city to issue an order to vacate.

John Cole is the longtime owner of Cole’s Place.

"I’ve been here 14-plus years and it has good times and bad times," Cole said.

Recently, there have been more bad times than good.

Cole's eventually reopened as an event space after Cole said there was increased interest in using the venue, but in January, two more people were shot and killed in the club's parking lot.

On June 6, another shooting took someone's life. It was the last time Cole said he opened the business, which is why he was surprised when he was served with an order to vacate from the Department for Codes and Regulations.

The letter read in part:

“On 13 June 2021 at approx. 5:00 AM, the following activities constituting a Public Nuisance occurred on your property: Assault-2nd Degree.”

LMPD confirmed a police report was filed, and the victim in this second-degree assault was a juvenile. There have been no arrests and there are currently no suspects.

Cole said his establishment was not open and does not see why he should have to pay an $800 fine and leave the business.

“Everybody in the world knows we are not open during the day, and at 5 o’clock in the morning, we definitely aren’t here,” Cole said.

Cole now plans to appeal the order and hopes to one day reopen — but believes Cole’s Place is always blamed for things that happen in the neighborhood, even if they don’t happen inside the nightclub.