Authorities searched the property and surrounding areas Friday morning with a canine unit. 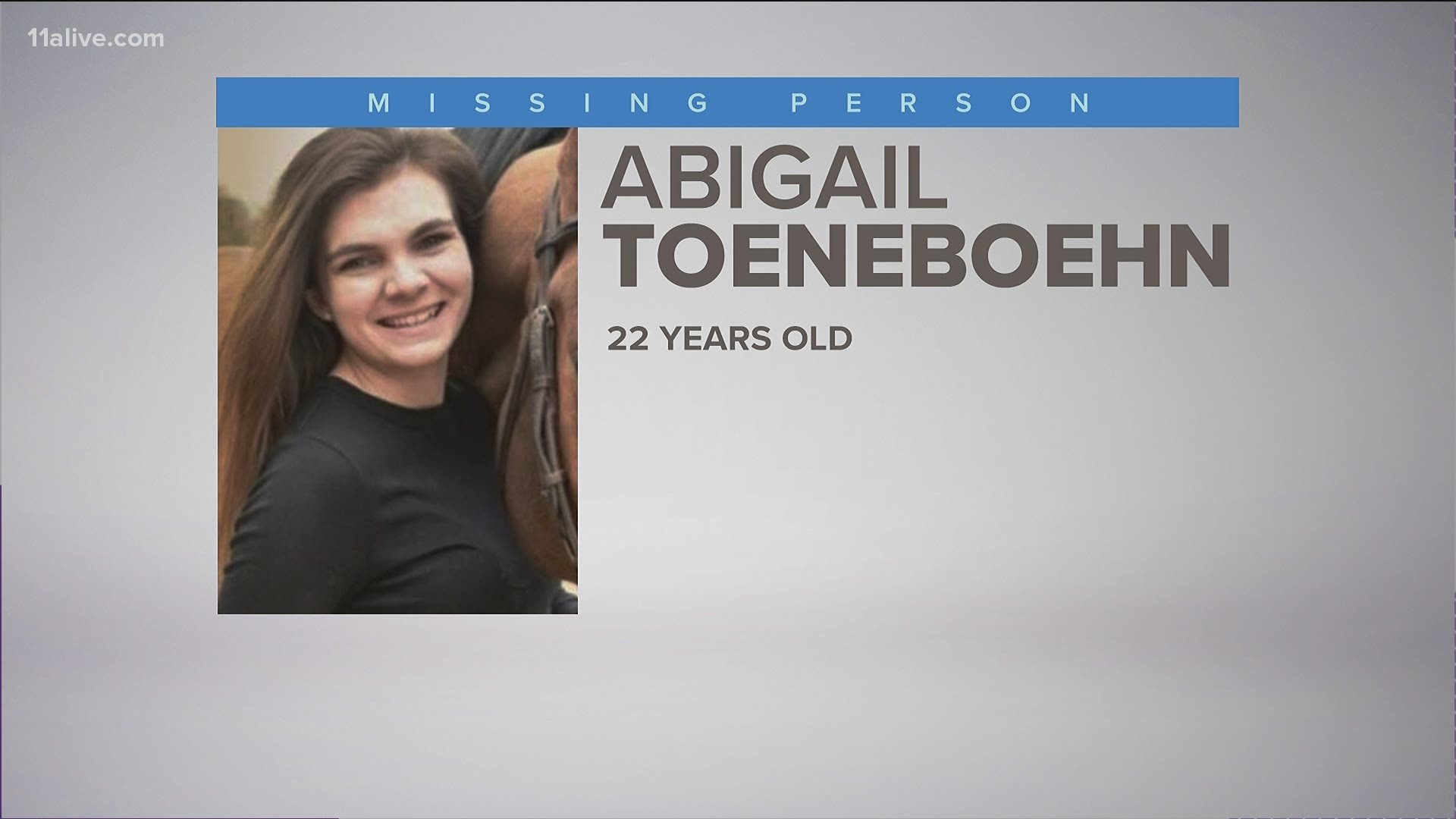 AUSTELL, Ga. — UPDATE: Police say the woman has been located in Alabama and said she left on her own accord.

ORIGINAL STORY: The Austell Police Department is asking for the public's assistance in locating a missing 22-year-old horseback riding trainer.

According to the National Center For Missing and Endangered, Inc., Abigail Toeneboehn was last seen at her West Creek Stables apartment on Perkerson Mill Road in Austell on Thursday. Police said she left the farm around 11 p.m. on Thursday night and hasn't been seen since.

Authorities searched the property and surrounding areas Friday morning with a canine unit.

Authorities said her disappearance is suspicious and she doesn't have her wallet, cellphone, or keys. Toeneboehn's car is also still on the property. They are unsure if she left on her own and believe she may have left to meet someone.

Authorities said this is not "typical behavior" for her.

According to Austell Police Chief Bob Starrett, she is an "avid equestrian" who stays at the farm three to four days a week to train horses.

She is a Lee County, Alabama native who currently attends Southern Union State Community College. She trains horseback riding in Georgia. Authorities said she loves her animals and her family.

Anyone with information regarding her whereabouts is asked to call 911 or the Austell Police Department at 770-944-4320 immediately.