Waterfront Park officials said they put out the call for volunteers once they saw how high the water was getting, knowing it would likely be leaving lots of trash. 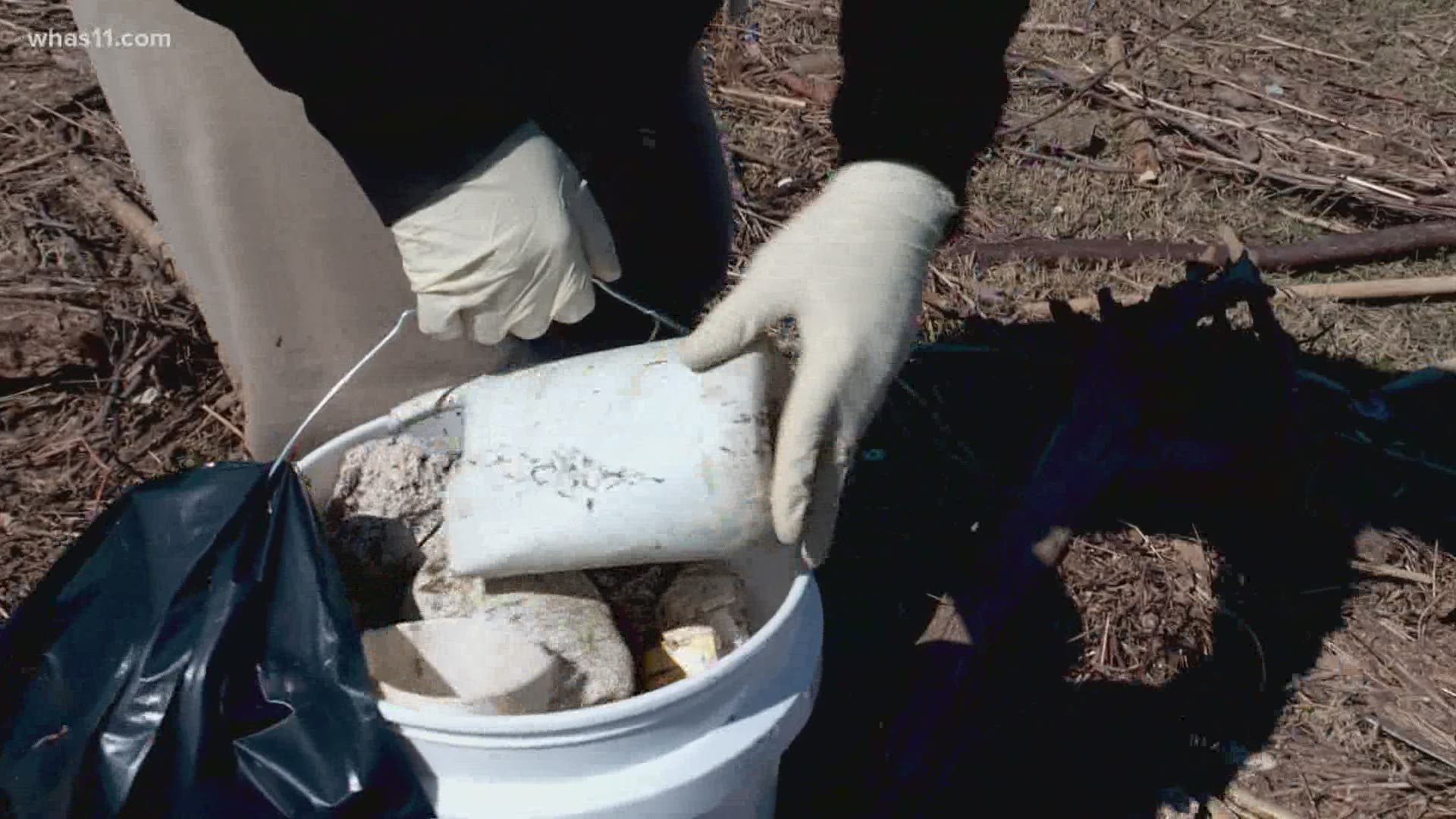 LOUISVILLE, Ky. — Several dozens of volunteers spent part of Sunday afternoon cleaning up Waterfront Park following days of flooding that left debris piled on the banks of the Ohio River.

"There's so much that's been going on," Leonard Hawthorne, a volunteer, said. "Rather than just sit in the house, I felt like I could just come out and do a good deed."

"What else are we going to do? I was just sitting at home playing PlayStation before they asked me," another volunteer said. "Figured if I'm going to waste my time on anything, why not this?"

Waterfront Park put out a call for volunteers late last week after seeing the Ohio River rise, flooding over onto the Great Lawn and other parts of the park.

The volunteers were tasked with clearing out the man-made debris, including containers, tires, athletic gear and other items that had been thrown into the river.

"A little boy earlier, he found some washed up toys that he said he would like to take home and clean," Smith said.

According to Smith, crews will begin clearing the wood and other organic debris beginning Monday morning. Louisville Metro Department of Public Works said its crews will start its cleaning process once the water levels recede. Crews will be using heavy machinery, including dump trucks and street sweepers.

Smith said this will likely be the only organized cleanup effort but there are still areas that have debris. She said people are encouraged to organize their own cleanups and Waterfront Park will try to help provide supplies if needed.

For more information or questions, you can call (502) 744-5743 or email ashley@ourwaterfront.org.