City officials are fighting to save a building that has stood in the heart of downtown Louisville since the late 1800's. 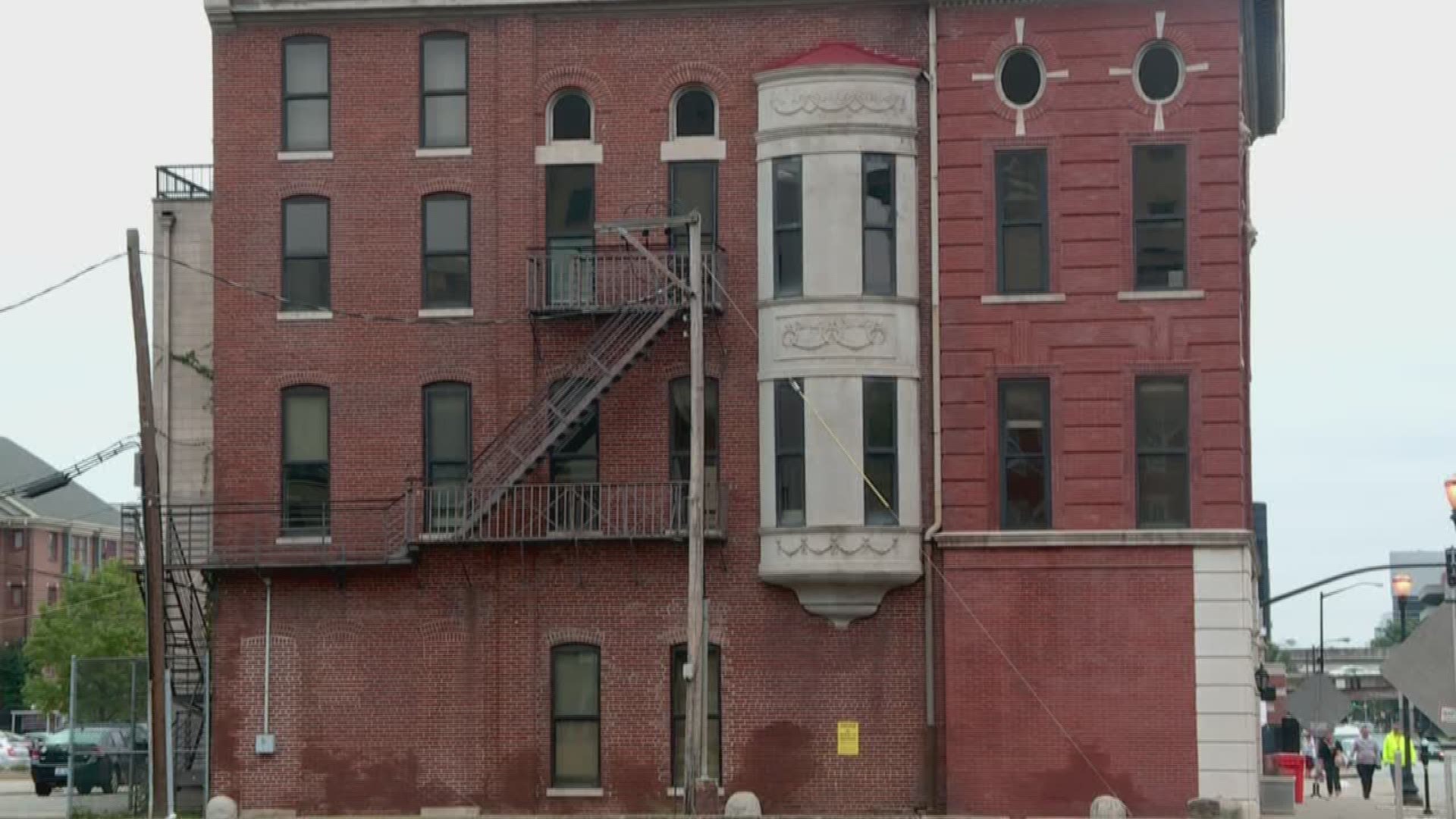 LOUISVILLE, Ky. — A 19th-century building sitting in the heart of downtown is on the chopping block to be torn down. That's if efforts by city officials can't stop its demolition by the Omni Hotel Louisville, which also took out historic buildings to get the Omni built.

It's the latest battle of development vs. historic preservation.

This time it centers around the Odd Fellows building, sitting at the corner of 2nd St. and Muhammad Ali.

In a plea to save the piece of architecture, built around 1880, three council members have sponsored a resolution to initiate the landmarks review process for the Odd Fellows.

"We need to be preserving our history," councilwoman Barbara Sexton Smith, (D-4,) said. "The buildings tell stories, the architecture is stunning. If she needs some work, we can do some work on her."

There are "notice of intent to demolish" signs recently placed on every side of the building. They caught the attention of preservationists and the city council members, who all have concerns about its demolition.

"Economic development is not come in and bulldoze everything away. Are they two separate animals? No they're not. They're one in the same and you cannot do one without the other," Sexton Smith said. "We lost one building, we cannot lose a second one."

The Omni tore down the Louisville Water Co. structure to make way for the 30-story hotel in 2016. Part of the city's contract with the company included the block of land the Odd Fellows building sits on.

"That building served as the Omni offices during the hotel's construction," an Omni spokesperson said. "During that time, it was determined that old pipes have made the water non-drinkable. Numerous other challenges regarding the building make it untenable as a continued office space or for other uses without significant investment."

This makes the first council-driven push to designate a building with historic status. Sexton Smith says the fight to save the Odd Fellows is the "perfect" use of the council's "new power."

"We partnered with the Omni corporation and there's more than $139 million of public money that is in that deal," Sexton Smith said. "Even if they do have the legal right to tear that building down it is my hope that they will see the better way and join us back at the table."

The council members' resolution will be sent to the planning and zoning committee and would still need to pass the full council.

"Since opening in March 2018, the new Omni Louisville Hotel has revitalized what was once a non-functioning block in the heart of downtown. Thanks to the city's partnership with Omni, the old block of vacant, decaying buildings has now become a busy, desirable destination that connects residents, visitors and downtown workers to the convention center, entertainment, and retail in the downtown core," an Omni spokesperson said in a statement.

"The agreement with the city required that the Omni declare plans for the Odd Fellows building in 2019, but execution of those plans may not happen for another year or more. Omni Louisville has elected to remove the structure and will replace it with an indoor/outdoor entertainment area that better utilizes that valuable downtown space and that can be enjoyed by the entire community. We are still developing those plans."

According to city spokesperson, Caitlin Bowling, a formal application for a wrecking permit has not been submitted yet, but likely will be within the next week.