25,000 meals are ready for the week. 30 volunteers, 15 County Sheriff's Deputies and Metro Police Officers are dedicating their time to give back. 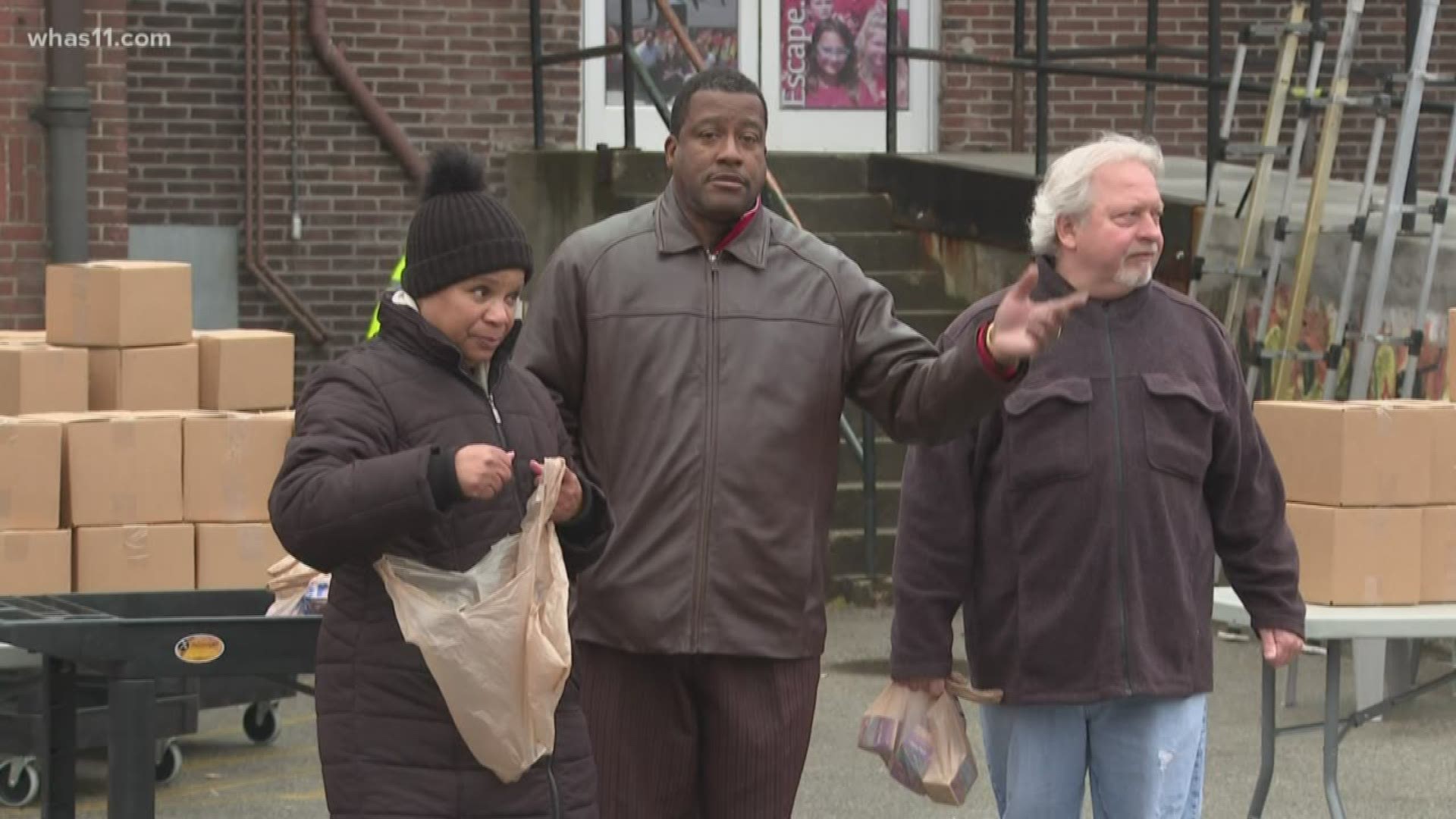 LOUISVILLE, Ky. — A stream of vehicles flooded the Beechmont neighborhood of South Louisville Tuesday as dozens of people waited in line to pick-up free meals.

"Our funds are low because of trying to stock up and everything," resident, Sharon Ruble said. "I’m very thankful for it and I think Governor Andy Beshear and all of them are doing a great job."

Tuesday was the first day of the free meal pick-up at Beechmont Community Center.

"The gloves and the hands – everybody is still being really safe, we're bumping elbows," coordinator at Metro Office for Aging and Disabled Citizens, Sarah Teeters said.

With the help of Masterson's Catering, more than a thousand meals will be handed out by Metro's Office of Resilience and Community Services each weekday at different locations to those who are 60-years-old or older. Each person will receive a box with five frozen meals.

“All of the food came as really great generosity in terms of grants and supplemental funds during this crisis," Teeters said. "We want to be able to make sure that our older adults who are also most vulnerable are still able to eat during this time.”

25,000 meals are ready for the week. 30 volunteers, 15 County Sheriff's Deputies and Metro Police Officers are dedicating their time to give back.

"With our restaurants closing, there's already a lot of food insecurity in different neighborhoods," Teeters said.

The free meals are available on a first-come first-served basis. Distribution starts at 10 a.m and wraps up at noon.

"If this is your community and this is your neighborhood, we don't want you to be getting out and going too far because we are trying to socially distance ourselves from everybody," Teeters said. "So come back to this same site next week."

Older adults in need are advised to go to the center closest to their homes for assistance.

How to support local businesses during coronavirus pandemic

How many coronavirus cases are in Kentucky?

List | Where senior citizens, students can get meals for the next two weeks