The street was connected to and the target of drug raids leading to Breonna Taylor's death. 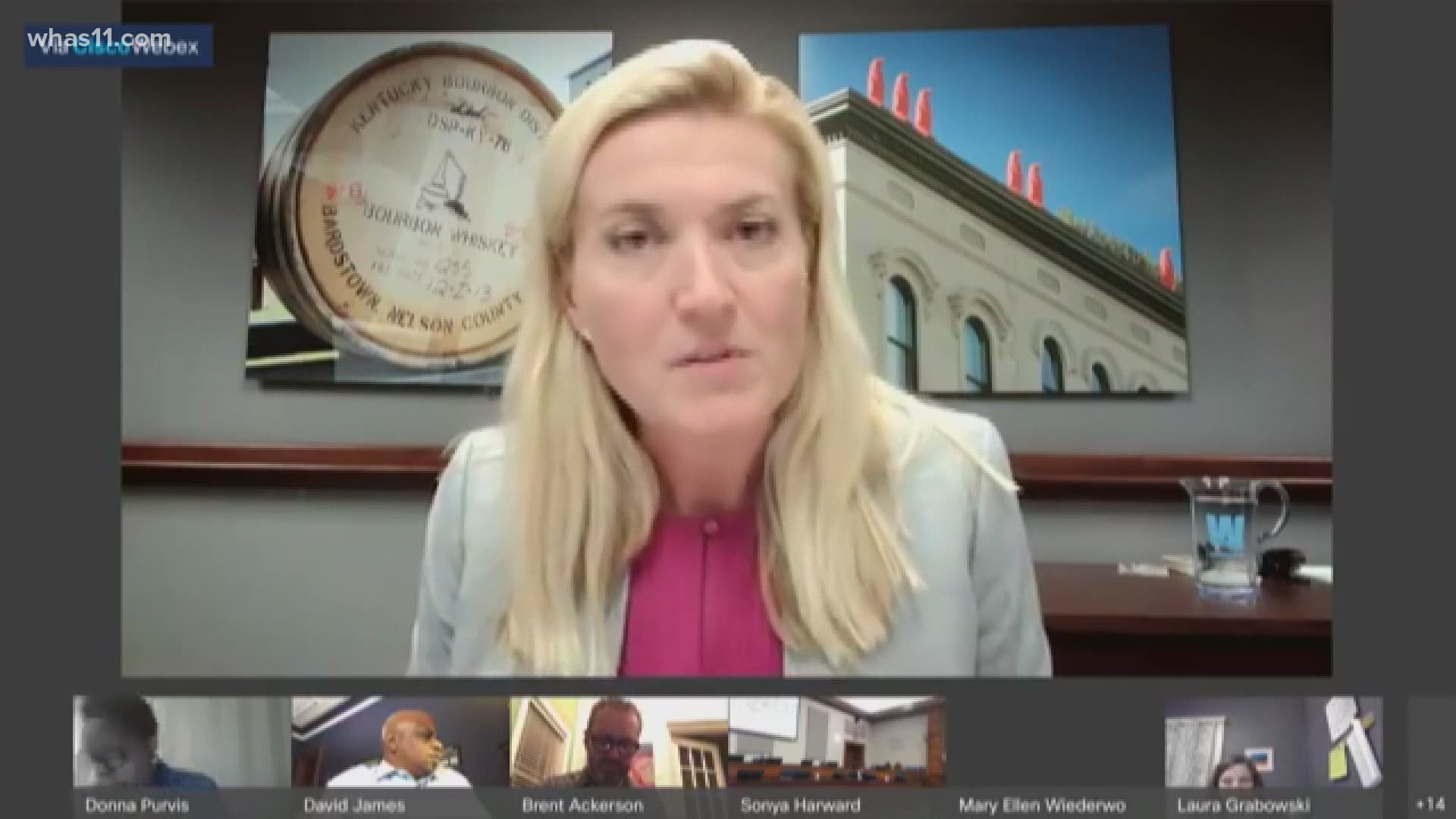 The street was connected to and the target of drug raids leading to Breonna Taylor's death.

The council committee has been investigating the events surrounding Taylor's death for months and turned their focus to Elliot Avenue after the attorney for Taylor's family filed a lawsuit this summer.

The 30-page lawsuit claims LMPD created a special squad, otherwise known as the place-based investigation unit (PBI), to focus on "certain areas which needed to be cleared for real estate development projects to proceed."

Attorneys said the home, occupied by Glover, was a primary target of the LMPD’s Criminal Interdiction Division, which the PBI is allegedly under.

Tuesday night, chief of Louisville Forward, Mary Ellen Weiderwohl, said the city's efforts towards re-developing Elliot Avenue were done in the best interest of the neighborhood.

"There is absolutely a neighborhood revitalization effort underway on Elliot Avenue but it is for one purpose and one purpose only and that is permanently affordable housing," Weiderwohl said. "All we're trying to do is create a block and create a neighborhood where people want to live and can live and feel safe."

"I'm struggling to figure out how this wasn't anything but driven by development," Piagentini said. "Correct that picture that I just painted that seems to go from development to law enforcement action."

"It's clear that the creative writing episode that is Mr. Aguiar's July 5th filing has had an impact on this question and it may get in a creative writing class but it flunks on the facts," she said. "And that's just not true. It is absolutely false. Were there redevelopment and revitalization efforts on Elliot Avenue? Absolutely. And if we weren't here having this discussion and if the tragedy had not occurred and if we hadn't been working on Elliot Avenue, I think frankly, members of this committee and members of the council would be asking us why aren't we working on Elliot Avenue."

Widerwohl also said the suggestion there was a "for-profit nefarious attempt" at a land grab for redevelopment on Elliot Avenue is "just not true."

Joshua Watkins, a special projects advisor for the Office of Performance Improvement, works closely with LMPD's PBI unit, but didn't start the role until February 2020, about one month before the drug raids leading to Taylor's death.

Watkins testified to councilmembers Tuesday night that he's received death threats in connection to the topic of discussion.

"The PBI project was in its very early stages, its infancy and it was not driven by a development use, project or any sort, from my knowledge there," Watkins said. "When things are levied around gentrification...this is very, very real and it's very, very dangerous to levy anything outside of the facts."

Councilman Bill Hollander, near the end of Tuesday's discussion, shared his take on the testimony in the last two meetings.

"Quite frankly, the evidence that's come out in multiple hearings by this committee paints a different picture than what was in that complaint and I think that's extremely important for the community to keep in mind," he said.

The committee is scheduled to meet again in two weeks.